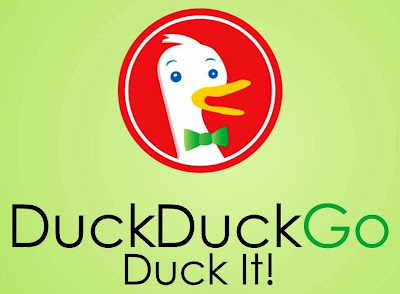 "DuckDuckGo Founder Gabriel Weinberg Talks About Creating a More Private Search Engine"byKeith Wagstaff March 23rd, 2012Time
DuckDuckGo’s commitment to user privacy was more or less an afterthought. If you aren’t familiar with the site, it’s a search engine with a decidedly spare aesthetic that doesn’t log IP addresses or record your search history.Those are both radical moves in an industry where collecting personal information is big business. Gabriel Weinberg, however, started the search engine mostly as a way to focus his creative energy after selling another website he started, NamesDatabase, in 2006.“What happened was that I soft-launched the search engine to the community I was in, which was the Hacker News and Reddit community, and almost immediately I got questions around search privacy,” says Weinberg, who started DuckDuckGo in 2008.“Quite honestly, I had never really thought about this topic at all. People started asking basic questions like ‘How long are you keeping your logs?’ and that kind of stuff. I was just using the default server stuff. I wasn’t really using any analytics because [laughs] there wasn’t a point — we didn’t have any traffic yet.”The traffic eventually did start coming. On Valentine’s Day, DuckDuckGo started to record more than a million searches a day. Sure, Google averages a billion, but that’s not bad for a company that previously consisted of a single employee (Weinberg recently upped that number to the full-time equivalent of six or seven staffers).The more he talked to people on sites like Reddit, the more he began to question Google’s way of doing things. ”I thought it was kind of creepy that search engines would have all of that data when someone had not opted in to share it,” says Weinberg. ”There was also this history of search engines being subpoenaed for records of people’s personal search histories. I didn’t really like the idea of being subpoenaed. I figured it would only be a matter of time, so I really wanted to get that out of my hands. That’s why I decided to stop storing IP addresses.”The idea is that the Feds or police won’t come knocking on the company’s door because it doesn’t have anything to give them. It also means that DuckDuckGo doesn’t have certain resources and features that other search engines do, such as targeted advertising and saved search histories.Currently, the site makes money through contextual advertising. For example, if you search for the word “boat,” a single sponsored link relating to boats will come up. Google does the same thing except that it also collects information for targeted ads that it can slip into your Gmail or YouTube videos. As for being able to access your own search history, Weinberg says that users haven’t really missed it, although he’s open to looking for some kind of secure solution if people show interest in opting-in to it.In the end, DuckDuckGo wasn’t designed as the privacy-conscious alternative to Google. Weinberg says his initial goal was to create a search engine that avoided “SEO spam within the results” and fully utilized collaborative resources like Wikipedia. The influx of people tired of being tracked was just a bonus.“[Privacy] is a good reason to try out DuckDuckGo, but ultimately if the search results and experience are worse than Google or Bing, then nobody is going to stay,” he says. “It’s been useful to educate people and get them to try it out, but they are staying for other reasons.”DuckDuckGo
Posted by Mercury at 11:53 AM