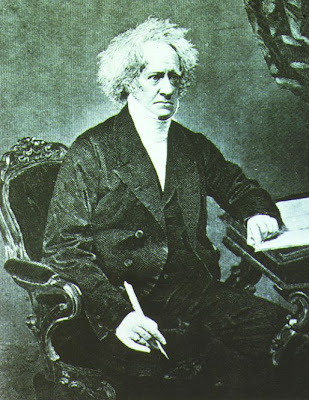 "18th-Century Astronomer Herschel's Papers Now Public"by Jennifer OuelletteMarch 7th, 2012DiscoveryNews
Historical archives are an invaluable resource for those who study the past, or for those of us who are merely curious about those earlier eras. This is even more true for archives of scientific papers, including seminal works in astronomy, because all science builds on the discoveries that came before.Maintaining those archives can be costly, however. That's why it's good news to hear that the Ransom Center at the University of Texas -- home to the archival collection of the Herschel family papers -- has received a $10,000 grant from the Friends of the Center for History of Physics to catalog and rehouse the papers of astronomer John F.W. Herschel. The grant will also make it possible to create an online inventory of the full collection.The Herschels really were the First Family of astronomy in the late 18th and early 19th centuries, dominating the field for nearly 100 years. The Ransom Center is adding John Herschel's correspondence to their already extensive collection of papers of John's father, William Herschel, and his sister Caroline.The German-born William Herschel emigrated to England in his 20s, where he worked as a musician and chorister, before he fell in love with astronomy at 35. He initially rented a small reflecting telescope but its resolution capabilities were too limited. Since he lacked the funds to purchase a larger instrument, he decided to build his own. He made his own mirrors, too.His largest telescope, a 40-foot reflector, was the world's largest such instrument for the next 50 years. He used it to discover two of Saturn's moons in 1789, but most of his recorded observations were made with a smaller reflecting telescope -- like his discovery of the planet Uranus on March 13, 1781.Herschel used a technique he called "star gauging": making sample counts of the stars in the field of view of his telescope to map out how they were arranged in space. He would stand on a ladder, train his telescope on a particular point and watch what crossed the field of view in a thin strip of the visible sky.Then he would describe whatever he saw through the telescope to his sister, Caroline, below, who would dutifully write it down.With Caroline's help, Herschel was able to observe all of the sky visible in Great Britain over a period of about 20 years. He catalogued some 2,500 nebulae and more than 90,000 starsHis sister became a prominent astronomer in her own right, thanks to his mentorship. A chlildhood bout with typhus stunted her growth, and she never grew taller than 4 feet, 3 inches. She joined William in England when she turned 22, initially as his housekeeper. But she proved an able student for his voice lessons, and he also taught her basic mathematics, although she never did memorize her multiplicaton tables. (She kept a cheat sheet in her pocket.)As William's telescope manufacturing business prospered, Caroline began helping out by grinding and polishing the mirrors for the lenses. This sparked her interest in the stars, and William gave her a small telescope so she could look for comets -- comet hunting was all the rage in those days.Not only did she end up discovering eight comets in her lifetime, she also detected several nebulae and carefully catalogued every single discovery she and William made for posterity. She drew the four illustrations of Halley's Comet at left when she was in her 80s.Caroline was even elected to the Royal Astronomical Society, one of the first two women to be so honored, along with Mary Somerville.And then there was John, William's son, who studied mathematics at Cambridge and was quite an accomplished chemist before following in his father's astronomical footsteps.He invented the cyanotype photographic process and discovered that sodium thiosulfide was a solvent for silver halides -- a key element in making photographs permanent. He also was a strong advocate for the use of photography in astronomy.When the Royal Astronomical Society was founded in 1820, John became one of the first members, and set about completing his father's mission to catalogue the entire sky. That meant bringing his family to the Cape of Good Hope in South Africa, so he could map the Southern Hemisphere.He spent five years there,and his meticulous labors culminated in the 1864 publication of the "General Catalogue of Nebulae and Clusters," followed after his death by the "General Catalogue of 10,300 Multiple and Double Stars." The former was the antecedent of our modern NGC catalog.That's just a quick overview of three fascinating lives. No doubt the Ransom Center's collection captures the day-to-day details and personal ruminations, as well as the scientific accomplishments, of this most impressive astronomical dynasty.
Posted by Mercury at 1:46 PM