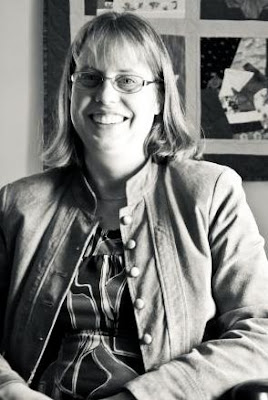 Heidi Grasswick
I post the following because it mentions something that I have not heard about for years...the "sabbatical". I thought it was a lost feature of academics. Professor Grasswick from Middlebury College [a liberal arts school in Vermont] will "work on a book that studies relations of trust between scientific communities and lay communities...."
"Staff Spotlight: Heidi Grasswick"byJoe FlahertyMarch 8th, 2012Addison County Independent
Professor of Philosophy Heidi Grasswick gets one of two reactions when she tells someone she is a philosopher.
“It’s either, ‘Oh, that’s really cool, I had a class when I was an undergrad and I just loved it!’ Or I get, ‘Oh … yeah, I had a philosophy class and I just hated it,’” Grasswick said. “My next question for them is, ‘Did you have a good philosophy professor or not?’”
Grasswick cited stellar professors as one reason she became interested in philosophy as a student.
“When I was an undergrad I did a philosophy honors degree, but I sort of picked around and only ended up in philosophy mostly because I had really great professors,” Grasswick said.
Hailing from the west coast of Canada, Grasswick earned her B.A. at the University of Victoria and then completed an M.A. at Dalhousie University in Halifax, Nova Scotia. Grasswick went on to earn her Ph.D. in Philosophy at the University of Minnesota. When considering job offers after her Ph.D., Grasswick was unfamiliar with the concept of a liberal arts college.
“Coming from Canada, there’s no private liberal arts tradition,” said Grasswick. “All the schools are public, pretty much. Basically the whole idea of how you decide where you go to school is how far away from home you want to live. There’s just not the disparity in terms of cost or quality.”
It was the emphasis on teaching that won Grasswick over on Middlebury.
“I didn’t really know much about what it was going to be like except I knew they cared about teaching and that was important to me,” she said.
Grasswick’s courses include Philosophy and Feminism, Feminist Epistemologies and Theory of Knowledge. She described how her specialty is “at the bridge of epistemology and ethics.”
“I’m interested in how we can be responsible ‘knowers’ — how do we decide who we should believe or what scientific communities we should believe?” she said.
Putting philosophical theories into a real-world context is critical to Grasswick’s work. While working on her Masters, Grasswick was introduced to feminist political theory.“I knew I liked philosophy but I wasn’t sure if it was that important to connect with the world,” she said. “However, once I found the link through being interested in social justice and the idea that philosophical ideas actually matter to the practices that evolve in our society, then I became interested in the connections.”
Grasswick is going on sabbatical next year to work on a book that studies relations of trust between scientific communities and lay communities, or non-experts.
“I’m interested in thinking through how do we do science well in a way that can build relations of trust,” Grasswick said. “It’s a fact that we have to depend on scientists, so thinking from a social justice point of view, are certain people disadvantaged with respect to knowledge, meaning they can’t access the knowledge unless they trust the experts?”
One of her case studies will focus on the science of climate change and how we can best negotiate the politics behind it. Grasswick also hopes to cover in her book the social justice of climate change in terms of how it affects different groups around the world. The philosophy of science is also a part of Grasswick’s contributions to the philosophy department.
“I teach a course, Science and Society, and I think that’s an incredibly important course to be teaching at a place like Middlebury because that’s where you can really be thinking about the relationship between science, which we all depend on, and what it means for our personal lives,” Grasswick said. “Is science objective? How is it objective? What does it mean to say that it’s objective?”
Teaching this course at a liberal arts college is a plus for Grasswick, who says that she enjoys having different types of students in the class.
“It’s an interesting class because you get students from the sciences who haven’t had the opportunity yet to be thinking critically about what science means — they’re busy doing the science,” Grasswick said. “It’s a moment where they can think about what it means to be doing science and what gives science validity and what role does science play in our society.”
She said it does not matter whether students are focused on the humanities or the sciences because it is an opportunity to introduce students to philosophical ideas they would not have encountered otherwise.
According to Grasswick, there are advantages post-graduation to being a philosophy major.
“All disciplines are concerned with critical thinking, but in philosophy we really focus on it,” said Grasswick. “That’s why a lot of employers like philosophers, if they know what philosophy’s about, because they recognize that they are people who can problem-solve and think through complex issues.”
In spite of the potential to learn problem-solving skills, Grasswick offers a word of caution to aspiring philosophers.
“It also means you see more problems than you want to see sometimes,” said Grasswick. “That’s the disadvantage.”