A defense for Ayn Rand? 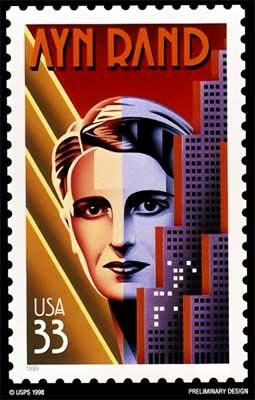 "Why You Shouldn't Dismiss Ayn Rand"byGary WeissMarch 7th, 2012The Huffington Post
I have a message for progressives, liberals, moderates, old-fashioned conservatives, neocons--in other words, pretty much everybody who detests the godmother of radical capitalism, Ayn Rand:Don't underestimate her. Distasteful as it may seem, there is much to learn from her.It's easy to write off Rand as a crackpot, or a marginal figure of little importance. Before I began researching my book Ayn Rand Nation: The Hidden Struggle for America's Soul [St. Martin's Press, $24.99], I was like everybody else. She didn't matter to me. But as I examined the mindset of the people who dragged us into the financial crisis of 2008, from the Tea Party to Alan Greenspan, I found that Rand was always hovering in the background.Rand died almost exactly 30 years ago, on March 6, 1982. During that time her ideas have become firmly entrenched in the mainstream. If Randians have their way, in the decades to come her Objectivism will become the dominant political philosophy in the land. As Yaron Brook, head of the Ayn Rand Institute, put it when I interviewed him for the book, in 50 years he sees Objectivism as "the primary challenge to whatever the status quo is." And then, in 100 years, the apostle of no-government capitalism will be "the dominant secular philosophy in the United States."Brook is not being unrealistic, and if anything I think he is being conservative. It's a war of ideas, and the rest of us are losing.Ayn Rand did more than make it moral to be selfish and greedy. Her best-selling novels, The Fountainhead and Atlas Shrugged, actually made it cool to be those things. As I traced the evolution of her thinking through the years, I was impressed by the extent to which she had had an impact on America.I was even more impressed that she had an impact on me.I'm not a Rand follower--an "Objectivist"--and never will be. I don't believe in laissez-faire, free-market capitalism. I believe in regulation and taxation and Medicare--all the things she hated (even though she became a Medicare recipient when it suited her purposes). But I can't deny that there were aspects of her work that appealed to me. It's foolish, I found, to pretend that Rand is a repulsive creature that only nutcases could fine appealing. If that were so, she wouldn't be as powerful--and dangerous--as she is today.Rand's books were self-help manuals as well as philosophical tracts. They were and are extraordinarily popular, which is why I put her far above the Austrian economists in their influence on the Republican Party and the Tea Party. Sure, they've been critically lambasted, but so what? She didn't write for the critics. She was the Jacqueline Susann of philosophers, spiking her books with ample sex. While not overloaded with literary merit, her novels were definitely "good reads" in the Leon Uris sense. Nearly a half million copies of Atlas Shrugged, her magnum opus, were sold in 2011. The Fountainhead, which was published in 1943, was a runaway best-seller and remains a brisk seller.The two books contrast in many ways. Fountainhead plays second fiddle to Atlas today because it focuses not on capitalism but on self-interest and selfishness. The principal character in Fountainhead doesn't even like money. He's a character that the left and the right can both appreciate, if his extreme characteristics are moderated.That's a subject that I explored with Oliver Stone, who for a time worked on a movie adaptation of Fountainhead. Stone believed that it would be possible to make a movie that would turn Fountainhead's lead character, an incredibly selfish man named Howard Roark, into an public-spirited altruist--a species of human that Rand believed to be evil incarnate. Why not? The positive character traits of Rand's heroes--their individuality, their integrity--are not the exclusive territory of the far right.Stone points the way, I think, for progressives and liberals to make a greater effort to understand Rand, and even to adopt some of her views, so as to better counter the right's assault on social programs and the very concept of government.Sure, the hyper-selfishness that she advocated was absurd. Rand was so intent on winning the intellectual argument over selfishness that she blithely misquoted the dictionary. But there is much to be said for people pursuing their rational self-interests, to use Rand's terminology, when doing so does not infringe on the rights of others. That's a concept the 99% should embrace. Why do we support social programs? Because it is in our rational self-interests.Progressive taxation is not in the rational self-interests of the 1%, but it is in the best interests of society as a whole--a concept that Rand did not accept. One can make a good argument that taxation is in the interests of the 1%, as members of the greater society.In the Randian worldview, however, there is no such thing as "the public," there were only individual people, with individual rights. That may be fine if you're a billionaire and don't give a hoot about other people. It's not so great if you're a little guy, which is why collectivism--ordinary people's collective prerogatives--is the antidote to the privileges of the 1%.It's not in the rational self-interests of the 1% to support collectivism, but it is in the selfish interests of the rest of us. It's also far more in keeping with the view of the Founders, who included forward-thinking progressives like Thomas Paine. He advocated a guaranteed national income.The Founders were certainly not Randian; they sacrificed for others. They were altruists. If they'd have thought only of themselves, there would have been no revolution.Today, the revolution is being waged by the right. It will be successful--unless the rest of us stop ridiculing Ayn Rand and begin taking her seriously.Ayn Rand's "Objectivism" explained to Mike Wallace Ayn Rand's Playboy interview 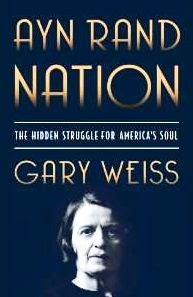