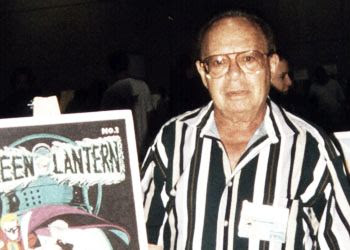 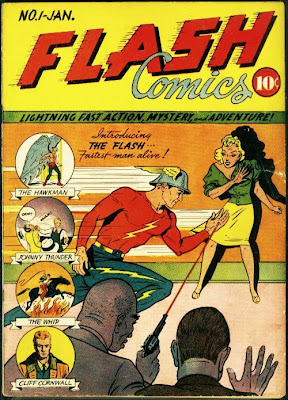 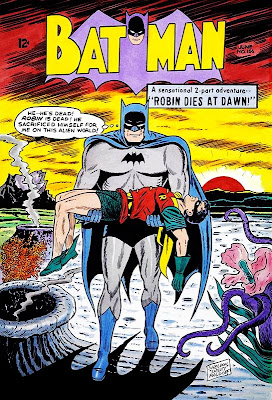 "Sheldon Moldoff, Batman Comic Book Artist, Dies at 91"byDaniel E. SlotnikMarch 8th, 2012The New York Times
Sheldon Moldoff, who drew some of the most recognizable superheroes of comic books’ golden age without receiving recognition in his own right until decades later, died on Feb. 29 near his home in Lauderhill, Fla. He was 91.The cause was complications of kidney failure, his daughter, Ellen Moldoff Stein, said.Mr. Moldoff drew covers for the first appearances of the characters Flash and Green Lantern in 1940 and some of the earliest renderings of Hawkman. He also contributed to the first issue of Action Comics, in which Superman was introduced (though he did not draw the Man of Steel).But he is probably remembered most for his work as a ghost artist on Bob Kane’s Batman from 1953 to 1967. “He would get the script, give it to me, and I would lay it out, finish it, pencil it up and give it back to him,” Mr. Moldoff told The Asbury Park Press in 1999. “Now, being a ghost, you don’t say anything to anybody. You just work for your boss and that’s it. So Bob took all the credit.”Mr. Moldoff used a distinctive cartoonish style that complemented the often-bizarre Batman plots of the 1950s and ’60s. He created some of the oddest characters ever to grace Gotham, like Zebra Batman, Ace the Bat-Hound and Bat-Mite. Among his hundreds of Batman covers is one showing Batman carrying Robin’s body for a two-part 1963 story called “Robin Dies at Dawn.” (The Boy Wonder pulls through.) But at a time when most artists went uncredited, Mr. Moldoff’s signature was never attached to the work.With the advent of comic conventions and a growing comic culture, fans came to recognize Mr. Moldoff’s work in the 1980s, according to a blog by Mark Evanier’s blog, a comic-book writer and historian. “The credits gradually were given to me,” Mr. Moldoff said.Sheldon Douglas Moldoff was born on April 14, 1920, in Manhattan. By the time he was 17 he was submitting freelance work to Detective Comics.Mr. Moldoff was hired as an assistant to Kane out of high school, but left to draw Green Lantern, the Flash, Hawkman and his own recurring character, Jon Valor, the Black Pirate. In 1953 he began working as one of the chief ghost artists on Batman, doing that work until 1967.Later he worked with Kane on Courageous Cat and Minute Mouse, a Batman-inspired cartoon featuring goofy animal superheroes.His wife, Shirley, died 10 years ago. In addition to their daughter, Mr. Moldoff is survived by two sons, Richard and Kenneth; his brothers Albert and Stanley; four grandchildren; and three great-grandchildren.Sheldon Moldoff [Wikipedia]Official website
Posted by Mercury at 9:38 AM