No illuminated billboards in Arizona 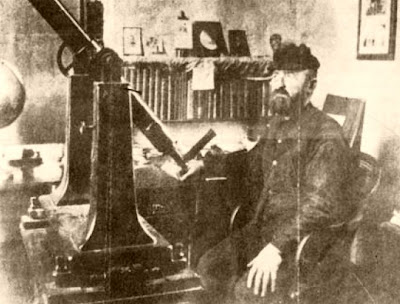 "Astronomers celebrate billboard veto"March 30th, 2012 Mohave Daily News
Representatives of the state’s astronomy industry are celebrating Gov. Jan Brewer’s veto of a bill that would have lifted a state ban on electronic billboards.Professional astronomers say the action shows the state is serious about protecting the dark skies essential to the astronomy industry — and its economic boost to the state.Jeffrey Hall, director of Lowell Observatory in Flagstaff, said the governor sent “the strongest possible signal” to “major international investors” that the state has their interests in mind.Hall and other astronomers spoke at a news conference in Phoenix on Thursday and said they’re open to a future compromise with the billboard industry.Billboard companies had asked the Legislature to change state law after a November ruling by the Arizona Court of Appeals that bans electronic billboards along freeways. The ruling threatened about 70 existing billboards in the metropolitan Phoenix area.Buell Jannuzi, an astronomer at the National Optical Astronomy Observatory in Tucson, said Arizona’s combination of mountain tops, workforce and clear skies and weather makes it ideal for observatories.In her veto letter Wednesday, Brewer said the astronomy industry accounts for more than 3,300 jobs and a $250 million in annual economic impact.“It was clear to many of us here, there was no need to threaten that success story. And, thankfully, the governor agreed with us on this one,” said Rep. Steve Farley, a Democrat from Tucson.“We are so lucky to have here in Arizona this precious natural resource of dark skies, which is unique in the world,” Farley said. “And that’s why we have so many world-class observatories, and so many astronomers and so much of the optics industry to support those people."Brewer asked lawmakers to find a balance that benefits both industries, and said she expects a bill to reach her desk this year or next.Wendy Briggs, a lobbyist who represents Clear Channel Outdoor Inc., a major billboard company in the state, said the veto was disappointing but her group “certainly will take the governor up on her offer to try to develop some kind of compromise legislation.”Briggs and other billboard company representatives had argued that the legislation would have preserved county and city rules that keep billboards from going up in the areas around observatories.But that wasn’t enough of an assurance for the governor or astronomers.Hall, with the Lowell Observatory, said that to compromise with the advertisers, astronomers are asking for a ban on electronic billboards within 75 miles of observatories, which he said is a “substantial relaxation” on the current statewide ban.That would allow for electronic billboards in the Phoenix area but keep future billboards from interfering significantly with telescopes, which are “fabulously sensitive to even tiny changes in sky brightness,” he said.“Seventy five miles is a figure we can live with,” he said.Briggs said they’re mulling proposals such as the 75-mile ban and limits on brightness to see what makes sense for outdoor advertising.Robert Johnson, a spokesman for CBS Outdoor, said it’s too soon to say specifically what terms would be acceptable to them, but they appreciate that astronomers are interested in a compromise.“I can certainly say we’re anxious to find a solution that puts all of this behind us and allows everyone to get along with their various lines of business,” Johnson said.Johnson noted that outdoor advertising in Arizona serves about 4,200 businesses and said it also benefits the public by displaying messages about wanted criminals or missing children with Amber Alerts.Arizona: Illuminated billboards vs astronomy
Posted by Mercury at 3:00 PM