"Trees" at the Getty 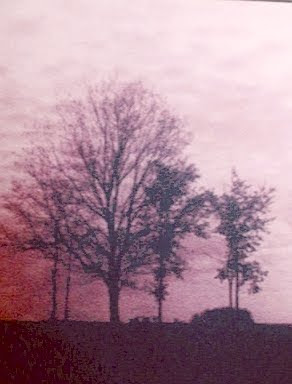 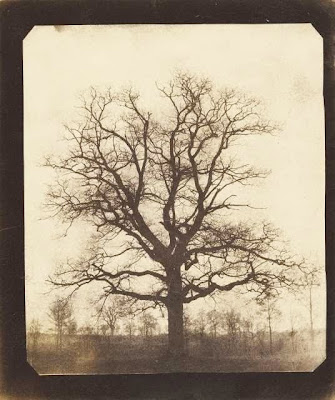 An Oak Tree in Winter

The Los Angeles Times
Throughout history, humans have embraced trees for their beauty, strength and spiritual symbolism. Artists have been equally fascinated with the wooded perennial as a model, perhaps for its serene, low-maintenance temperament, easy accessibility and its timeless, simple quality. The J. Paul Getty Museum examines the photographic interpretations of trees as seen through the lenses of 29 artists with "In Focus: The Tree."

On view are 37 images drawn from the museum's permanent collection, including works from Carleton Watkins, William Eggleston, Bret Weston, Dorothea Lange, Albert Renger-Patzsch and Henri Cartier-Bresson. "It's a thematic show that charts the progress of photography," said Anne Lyden, associate curator, "from the early days of daguerreotype and gelatin silver prints to the Eliot Porter dye transfer process and digital prints of the 21st century."

One of the earliest images was taken around 1842 by William Henry Fox Talbot, inventor of the calotype process. "An Oak Tree in Winter" displays a lace-like pattern of bare branches against a stark sky on his property in England. "The wind was a problem back then because the long exposure would create a blur, so he chose the bleakest point of winter for practical purposes," said Françoise Reynaud, curator of photographs at Paris' Musée Carnavalet and co-curator of the show along with Lyden.

The show depicts a wide range of representations of the tree and how it relates to its surroundings. "The beauty of a tree is ubiquitous, and we often take it for granted," Lyden said. Many images have obvious ecological underpinnings but one adds a droll touch to the plight of the tree: Diane Arbus' "Xmas Tree in a Living Room in Levittown, Long Island" displays a tinsel-strewn tree squashed in a living room corner.

One of the more remarkable photos is Darius Kinsey's "Felling Cedar Tree Thirty Miles East of Seattle, 76 Feet in Circumference." Shot in 1906, the photo recalls a time long before deforestation was a political issue. Shown are loggers taking a break from chopping, their axes and saws barely visible, resembling tiny toothpicks in contrast to the great cedar trunk.

For her large-scale photograph "Forest," Australian-based Singaporean photographer Simryn Gill tore pages from books that held meaningful narratives or unique fonts and fashioned them into strips and wrapped them around a coconut tree. "It's a play on natural and man-made coming together in a very organic way," said Reynaud of Gill's creation. South Korean artist Myoung Ho Lee used the standard photographer's prop, a backdrop, for "Tree #3. "He placed it outside behind the large tree so it can remain in its natural element; he digitally removed the people and devices holding the backdrop in place, revealing a lone tree set against a clean, white canvas yet in a landscape setting.

"People attach a personal feeling to trees," Reynaud said. "It goes back to childhood and the simple act of climbing a tree."

The show runs through July 3.
Posted by Mercury at 5:34 PM