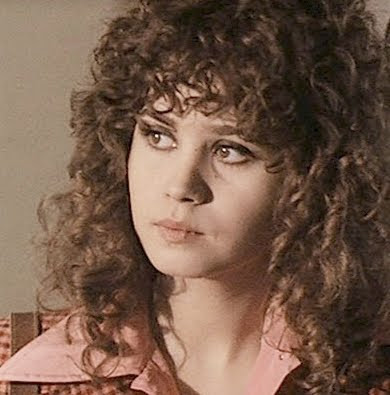 The New York Times
Maria Schneider, the French actress whose sex scenes with Marlon Brando in “Last Tango in Paris” set a new standard for explicitness on screen, died on Thursday in Paris. She was 58.

A spokesman for her agency, Act 1, said she had died after a long illness but provided no other details.

The baby-faced, voluptuous Ms. Schneider was only 19 when the Italian director Bernardo Bertolucci chose her for the role of the free-spirited, mysterious Jeanne in “Last Tango.” She seemed, he said in explaining the choice, “like a Lolita, but more perverse.” The part was originally intended for Dominique Sanda, who dropped out after becoming pregnant.

“Last Tango” fixed Ms. Schneider in the public mind as a symbol of the sexual revolution. She spent years trying to move beyond the role, for which she was paid $4,000, and the notoriety that came with it.

“I felt very sad because I was treated like a sex symbol,” she told The Daily Mail of London in 2007. “I wanted to be recognized as an actress, and the whole scandal and aftermath of the film turned me a little crazy and I had a breakdown. Now, though, I can look at the film and like my work in it.”

The famous scene, she said, was not in the script and made it into the film only at Brando’s insistence. “I felt humiliated, and to be honest I felt a little raped, both by Marlon and by Bertolucci,” she said. “After the scene, Marlon didn’t console me or apologize. Thankfully, there was just one take.”

Ms. Schneider later appeared opposite Jack Nicholson in “The Passenger” (1975), directed by Michelangelo Antonioni, playing an architecture student known simply as the Girl.

Although she went on to work with important directors like René Clément in “The Baby Sitter” (1975) and Jacques Rivette in “Merry-Go-Round” (1981), her film career declined after the mid- 1970s, in part because of a turbulent personal life that included drug abuse, at least one suicide attempt and messy affairs with both men and women.

She walked off the set of “The Baby Sitter” (also known as “Scar Tissue”) in Rome and checked herself into a mental hospital to be with her girlfriend at the time. In 1977 she was cast as Conchita in Luis Buñuel’s “That Obscure Object of Desire” but left the film after arguing with Buñuel. Her part was assigned to two actresses, Ángela Molina and Carole Bouquet.

Maria Schneider was born on March 27, 1952, in Paris, the illegitimate daughter of Marie-Christine Schneider, a Romanian-born model, and the prominent actor Daniel Gélin. She did not meet her father, who refused to acknowledge her, until she was in her teens. She was reared by her mother in a town near the German border and left home at 15 for Paris, where she scratched out a living as a film extra and a model.

Brigitte Bardot, who had worked with Mr. Gélin on several films, was appalled at the girl’s situation and intervened, giving her a room in her house and helping find her an agent with William Morris. Ms. Schneider played small parts in “The Christmas Tree,” with William Holden and Virna Lisi, and “The Love Mates,” with Alain Delon, before being cast in “Last Tango.”

“I was too young to know better,” she said of “Last Tango” in her Daily Mail interview. “Marlon later said that he felt manipulated, and he was Marlon Brando, so you can imagine how I felt. People thought I was like the girl in the movie, but that wasn’t me.”

Thanks for the correction Sonny.