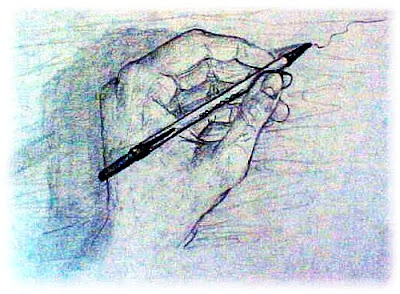 This cannot be the ultimate reason.

Whether you more frequently use your right hand or your left isn't so much a choice as it is hardwired in your brain.

Discovery News
When a Southpaw shakes hands, his left eye and the right portion of his brain are working hard to process the other individual, suggests a new study. The research helps to explain why hand and limb preferences exist across numerous species.

The predisposition, as it turns out, are tied to ocular dominance, or the tendency to prefer visual input from one eye over the other, according to the study, published in the latest Royal Society Biology Letters.

Ocular dominance, in turn, is driven by cerebral lateralization, which refers to how information processing is divided and coordinated between the brain's left and right hemispheres.

In recent U.S. history, the majority of presidents have been left-handed (Gerald Ford, Ronald Reagan, George H.W. Bush, William Clinton and Barack Obama), but scientists haven't yet found a link between hand preference and an individual's abilities.

"At this stage we have no reason to think that left- or right-brained animals are superior or analyze information differently, except that it's the mirror image," co-author Culum Brown told Discovery News.

Brown, director of Advanced Biology at Macquarie University, and colleague Maria Magat studied the phenomenon in Australian parrots. These birds, like humans, have a tendency to use either their right or left limb more than the other.

The researchers recorded the eye and foot preferences of the parrots while the birds investigated small pieces of fruit and brightly colored wooden blocks. The majority of the birds showed a clear tendency to investigate the objects using either their left or right eye.

This eye preference was found to directly correspond to the foot that each parrot used to manipulate the food or block. If one of the birds focused on the fruit with its right eye, for example, then it would tend to use its right foot to grasp and move around the food. This provides a better view in front of the preferred eye.

Since the right hemisphere of the brain controls the left side of the body, and the left hemisphere control's the body's right side, the eye and limb preferences also reveal which side of the individual's brain dominates, at least during visual investigations.

Genetics, combined with personal experience, likely help to control cerebral lateralization. Sulpher crested cockatoos are all left footed, and prior research on these birds found that they start off experimenting with both feet, but eventually settle on the left.

A similar course of action likely happens in humans. As infants, we don't know that we are destined to prefer one hand over the other. Experience determines which hand works best and is the most comfortable to use, setting into place a more permanent practice.

Although right-handedness is the norm for most people, with only 10 percent of humans being left-handed, the key to individual success appears to be how strongly the individual is lateralized, since other studies show that offers significant cognitive advantages.

"Moreover, practice makes perfect," he added. "The more you train on one task using one side of the body (brain) the more efficient you become."

Lesley Rogers, an emeritus professor in the University of New England's School of Science and Technology, agrees with the findings. She said she proposed the hypothesis in a 2009 paper, extending the conclusions to amphibians and other tetrapods, including primates.

"It is pleasing to see that the research on birds supports this hypothesis," Rogers told Discovery News.

Some mysteries do still remain about handedness, however, such as why in certain species all individuals show very similar hand or foot preferences and, in others, anything goes.

Some species and individuals are also not lateralized much at all, indicating that handedness has some as-of-yet undefined cost, in addition to its advantages.

Left handed, right handed, both?
Posted by Mercury at 4:22 PM