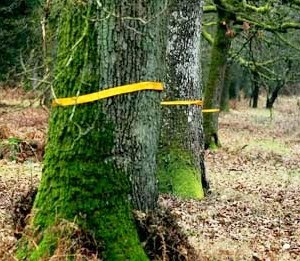 Government postpones sale of 40,000 hectares of public forest to allow for a review of woodland protection

guardian.co.uk
The government has taken 40,000 hectares of public forest off the market, in the latest twist in the furore over the proposed sell-off of England's woodland.

About 15% of England's public forests had been slated for sale, with the aim of raising £100m for government coffers, but on Friday morning the Department for Environment, Food and Rural Affairs (Defra) said it would hold on to the forest until the fate of the rest of the Forestry Commission's land had been decided.

Defra said the sale was being postponed because of concerns over access rights, and will not affect its broader proposal to sell nationally owned woods, which is still the subject of public consultation.

Caroline Spelman, the environment secretary, blamed the last Labour government – which had planned the sale of the 15% – for the halt.

She said in a written statement: "In light of the government commitment to increase protection for access and public benefit in our woodlands, the criteria for these sales will be reviewed so that protections are significantly strengthened following the inadequate measures that were applied to sales under the previous administration. Pending this review, no individual woodland site will be put on the market."

Mary Creagh, the shadow environment secretary, said: "[Calling off the 40,000 hectare sale] is a panic measure by a government which has been spooked by the huge public outcry. This partial U-turn will not be enough to silence the protests. This government has not scrapped its plans to sell off the public woodlands."

But many organisations welcomed the move, such as the RSPB, whose conservation director Mark Averysaid: "This is a good thing. Lots of forests were going to be sold off without enough protection [for public access rights and wildlife]."

The postponement will mean that, after the consultation ends on 21 April, the 15% may come back on to the market for sale outright, and if the government's current plans go ahead, the rest of the Forestry Commission's land will be sold on long-term leases.

Avery said the government was "clearly taking a deep breath" over the forestry proposals. "They always seem like they are trying to catch up with the last thing someone has told them," he said. "We don't object to the state getting out of the business of growing timber, but we need to see if the right forests are being sold in the right way."

Brendan Barber, the general secretary of the Trades Union Congress, also welcomed the decision. "This is not a U-turn but the start of a three-point turn. We look forward to hearing that the Forestry Commission job losses will now also be called off and that the whole forestry disposal debacle will be scrapped," he said.

David Babbs, executive director of campaign group 38 Degrees said:"It's welcome news that our people-powered campaign has pushed the government to postpone the start of the sell-off for at least a few months. But if David Cameron hopes the fuss will now die down, he's going to be disappointed."

The government's proposals to sell England's commercially run forests to private bidders, and hand over "heritage" woodlands to charities, have outraged conservationists and the wider public, with opinion polls showing more than 80% of people are opposed to the plans.

Some 493,680 people have signed a petition against the sell-off run organised by 38 Degrees. The group hopes to hit half a million names in the coming days.

Today's move marks the latest in a series of government twists and turns, as ministers seek a way to handle the political hot potato the plans have become.

When the scale of the potential revolt – uniting disparate groups from the ramblers to hunting supporters – became clear, Cameron moved to dampen the row by insisting that the government would listen to all sides.

He told MPs last week: "Of course I'm listening to all of the arguments that are being put on this issue. But I would ask is it the case that there are organisations like the Woodland Trust, like the National Trust, who could do a better job than the Forestry Commission? I believe there are."

Initially, ministers suggested that the sale of the Forestry Commission would help to reduce the deficit, but then had to back down as Defra's own analysis showed the sale would cost about as much as it would raise. The government also justified the sell-off on the grounds that the Forestry Commission currently suffers from a conflict of interest, as both a regulator and seller of timber, but this was rejected by campaigners.

There was further embarrassment for ministers when it emerged that selling off public woodland could cost millions in lost revenue, as it would widen an existing tax loophole whereby buyers of woodland can avoid inheritance tax.

Earlier this week, the director general of the National Trust, Dame Fiona Reynolds, expressed surprise that the government had not consulted with the charity – one of the biggest landowners in the UK – over the proposals.

She also warned that the government's proposals at present were "full of holes" and "thin on detail".


English woods
Posted by Mercury at 7:21 AM