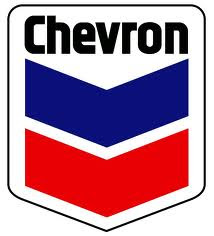 The Christian Science Monitor
Chevron is vowing to fight Monday's ruling by a court in the Ecuadorean jungle town of Lago Agrio. The ruling fines the oil giant $9 billion for environmental damages caused in the Amazon region in the 1970s and 1980s.

"The Ecuadorean court's judgment is illegitimate and unenforceable," said Chevron, in a press release Monday. "It is the product of fraud and is contrary to the legitimate scientific evidence."

Watched closely by environmentalists around the world, the ruling is the largest damages award ever handed down in an environmental case – exceeding the initial $5 billion award against ExxonMobil for the 1989 Alaska oil spill – and could set a precedent for future lawsuits against oil companies. But both sides said they will appeal, meaning that the long-awaited ruling is only one more twist in a 17-year legal drama worthy of a Hollywood film filled with secret recordings, private investigators, diary excerpts, and Amazonian tribes who claim their fishing grounds were decimated.

The plaintiffs, who represent approximately 30,000 residents of Ecuador's Amazon region, claimed that US oil company Texaco (owned since 2001 by Chevron) knowingly polluted an estimated 1,700 square miles of rain forest, creating health problems such as cancer and birth defects. They argued that Texaco dumped 18 billion gallons of toxic waste water and spilled 17 million gallons of crude oil in the Lago Agrio area, in northeast Ecuador.

But Chevron argued that Texaco, which operated around Lago Agrio from 1964 to 1990, complied with Ecuadorean law and already spent $40 million cleaning up any damage in the 1990s. The defense argued that the responsibility falls entirely on Petroecuador, the state-owned oil company that took over Texaco's Ecuador operations in the 1990s.
Award is big, but plaintiffs say not big enough

The initial lawsuit against Texaco was filed in 1993 in New York City, but the case was later moved to Lago Agrio. According to Judge Nicolás Zambrano's 188-page ruling issued Monday, Chevron must pay $8.6 billion, plus 10 percent of the damages (about $860 million), to the Amazon Defense Coalition, the group formed to represent the plaintiffs.

Moreover, if Chevron fails to publicly apologize within 15 days, the ruling says that the damages amount will be doubled to more than $17 billion.

Divided between the 30,000 residents said to be affected, the damages would correspond to about $280,000 per person – far short of the total $27 billion initially recommended by a court-appointed expert, say the plaintiffs. More recent assessments made by their lawyers brought the damages up to $113 billion.

“This is an important step, but we're going to appeal this sentence because we think that the damages awarded are not enough,” says Pablo Fajardo, lead lawyer for the plaintiffs.
What comes next?

Since both parties have promised to appeal, it is unclear what exactly happens next. Also, a recent flurry of suits and counter-suits between the plaintiffs and Chevron have further complicated Monday's ruling. Both sides are backed by large legal firms in the United States.

On Feb. 8, a US federal judge gave Chevron temporary protection against the lawsuit. The following day, the Permanent Court of Arbitration in The Hague ordered Ecuador to suspend enforcement of any judgment against Chevron pending adjudication.

These rulings came after a prominent US law firm that represents the plaintiffs on Feb. 7 filed a lawsuit in Washington accusing Chevron of mounting a “smear campaign.” That suit was in reaction to Chevron filing a lawsuit on Feb. 1 against the plaintiffs' lawyers in a court in New York, accusing them of engaging in an international racketeering and extortion conspiracy.

Chevron filed the lawsuit under the Racketeer Influenced and Corrupt Organizations (RICO) Act, which has been used in the past to target mafia members. Most of the evidence provided by Chevron is gathered from outtakes of the documentary "Crude."
'Crude' documentary

In the 2009 documentary, plaintiffs' lawyer Steven Donziger appears as a unscrupulous negotiator – to such a degree that Chevron's legal team thought that by getting access to 600 hours of filming that never made it in the final version of the documentary, they could prove misconduct on the plaintiffs' side.

In one clip, Mr. Donziger is in a car on his way to see the Ecuadorean judge in charge of the case. “The only language I believe this judge is going to understand is one of pressure, intimidation, humiliation. And that's what we're doing today. We're going to let him know what time it is,” Donziger says in the film.

“This is something you would never do in the United States,” he says in another clip. “But Ecuador, you know, there's almost no rules here. And this is how the game is played, it's dirty.”

These outtakes alone should be proof of the plaintiffs' attempt to corrupt the court, says James Craig, a spokesperson for Chevron. “We have more than a smoking gun, we have a mountain of evidence,” he says in a telephone interview from Chevron's headquarters in San Ramon, Calif.

"Chevron intends to see that the perpetrators of this fraud are held accountable for their misconduct," reads a statement posted on Chevron's website yesterday.

Mr. Fajardo says Donziger's quotes are taken out of context. “These are jokes, they're not serious statements,” he says. “Chevron is trying to give them an evil meaning.”
'The real face of this case: people'

Chevron believes there is enough evidence to make any judgment illegitimate. It complains of government interference on the judiciary and of collusion between the plaintiffs and the court-appointed expert that fixed the sum for reparations at $27 billion.

The plaintiffs deny these accusations, and say that Chevron is just trying to muddy the waters to take attention away from the people who initiated this lawsuit.

Says Fajardo: “The real face of this case are people, indigenous people, women, children who are suffering – but Chevron doesn't want us to talk about that.”
Posted by Mercury at 5:58 PM