The classics are DEAD 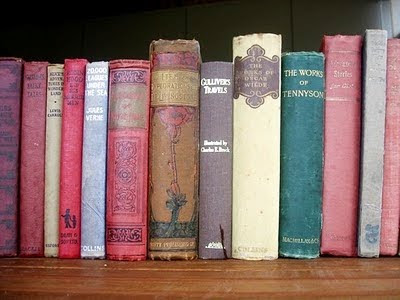 "The most borrowed library books of 2010"

guardian.co.uk
Trying to explain why the wartime British public were turning to "brutal and sordid" American crime novels, George Orwell suggested that pulp fiction offered "a distilled version of the modern political scene" in an era of "mass bombing of civilians, the use of hostages, torture [and] secret prisons", and "systematic falsification of records and statistics". The average man, he proposed, "wants the current troubles of the world to be translated into a simple story about individuals".

Some such theory is needed, 65 years later, to account for the stunning appetite for evil evinced by people popping into their local libraries, as revealed again by the latest data released by Public Lending Right (PLR), covering the period from mid-2009 to mid-2010. Of the 100 most borrowed titles, close to two-thirds are crime novels or thrillers, including all the top 10, and others (such as Stephenie Meyer's crime-laden vampire romances) are in related genres.

The range of such novels represented includes an offbeat mystery by Kate Atkinson, a heist caper by Ian Rankin and amiable, alarm-free yarns by Dick Francis and Alexander McCall Smith; but gory thrillers by north American writers such as Patricia Cornwell, Michael Connelly, Tess Gerritsen, Karin Slaughter and Kathy Reichs – and gritty Brits such as Lee Child, Val McDermid and Martina Cole – are clearly in the ascendancy.

Of the authors who dominated 2010's all-year bestsellers chart, Dan Brown is still high up in the library 100 and Meyer scores with four books, but Stieg Larsson (who had the top three places in the sales chart) is relegated to a single entry in 76th place. Library users, this suggests, are less keen on Euro-crime, less responsive to the stimulus of TV or film adaptations, and not fond of lengthy, heavy tomes. What they want instead are American or American-style murder stories that are quick reads, and James Patterson's co-written productions (often described as the print equivalent of junk food) are tailored to that need. Patterson's 12 entries reflect the fact that the fiction factory he oversees generates at least eight books carrying his name a year; and this prolific output explains why he is the overall most borrowed author too, a crown he has retained since dethroning Jacqueline Wilson (who nevertheless was the most borrowed author over the decade) in 2006-07.

Hyper-productivity and collaboration were also the key to the success of Daisy Meadows, in a good year for fairies as well as serial killers. The most borrowed children's author again, with more than a million loans, Meadows is the collective pseudonym of the four women behind the Rainbow Magic fairy stories, who together turn out even more books annually than Patterson's toilers. Children's books in general are weakly represented in the top 100, with only five entries (Meyer's teenage novels apart), of which two are about pants. But writers for children do strikingly well in the most borrowed authors table that pits them against their adult fiction counterparts, with Meadows, Wilson, Francesca Simon, Mick Inkpen, Julia Donaldson, Lauren Child and Terry Deary taking seven places in the top 10.

Kid fic flourishes too in the "most borrowed classic authors" list ("classic" here seems to mean "dead"), where Roald Dahl and Enid Blyton sneak in ahead of Agatha Christie, Georgette Heyer, Charles Dickens, PG Wodehouse and Jane Austen, and Shakespeare manages only a miserable 10th. The library 100 contains far fewer literary novels than the bestseller list, leaving Hilary Mantel and Sarah Waters looking rather lonely, but the most obvious difference is the absence of non-fiction. PLR's data does show, however, which non-fiction books were the most taken out in particular categories, with Delia Smith, Stuart Maconie, Antony Beevor, Richard Dawkins, Gok Wan and Carol Klein among the No 1s.

The top biography, Paul O'Grady's At My Mother's Knee, also heads an overall non-fiction chart in which Frances Osborne, author of The Bolter and wife of George, beats Delia, Jamie and Nigella to take 5th place. With both libraries and the system of payments facing an uncertain future – the coalition is committed to abolishing the PLR office and transferring the scheme – it provides a modicum of reassurance to think of the resulting cheque's imminent arrival on the chancellor's doormat, a nudging reminder of the importance of the fund (which this month will pay out a total of £6.7m at 6.25p per loan) to authors.
Posted by Mercury at 5:26 PM

time changes everything...the human condition changes and with it relevance and the fact the population now has movies...put it on, bang, 2 hours later they are done