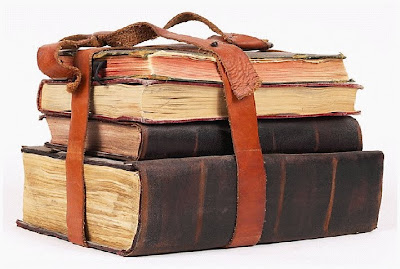 "In a Digital Age, Students Still Cling to Paper Textbooks"

The New York Times
They text their friends all day long. At night, they do research for their term papers on laptops and commune with their parents on Skype. But as they walk the paths of Hamilton College, a poster-perfect liberal arts school in this upstate village, students are still hauling around bulky, old-fashioned textbooks — and loving it.

“The screen won’t go blank,” said Faton Begolli, a sophomore from Boston. “There can’t be a virus. It wouldn’t be the same without books. They’ve defined ‘academia’ for a thousand years.”

Though the world of print is receding before a tide of digital books, blogs and other Web sites, a generation of college students weaned on technology appears to be holding fast to traditional textbooks. That loyalty comes at a price. Textbooks are expensive — a year’s worth can cost $700 to $900 — and students’ frustrations with the expense, as well as the emergence of new technology, have produced a confounding array of options for obtaining them.

Internet retailers like Amazon and Textbooks.com are selling new and used books. They have been joined by several Web services that rent textbooks to students by the semester. Some 1,500 college bookstores are also offering rentals this fall, up from 300 last year. Here at Hamilton, students this year have a new way to avoid the middleman: a nonprofit Web site, created by the college’s Entrepreneur Club, that lets them sell used books directly to one another.

The explosion of outlets and formats — including digital books, which are rapidly becoming more sophisticated — has left some students bewildered. After completing the heavy lifting of course selection, they are forced to weigh cost versus convenience, analyze their own study habits and guess which texts they will want for years to come and which they will not miss.

“It depends on the course,” said Victoria Adesoba, a pre-med student at New York University who was standing outside that school’s bookstore, a powder-blue book bag slung over her shoulder. “Last semester, I rented for psychology, and it was cheaper. But for something like organic chemistry, I need to keep the book. E-textbooks are good, but it’s tempting to go on Facebook, and it can strain your eyes.”

For all the talk that her generation is the most technologically adept in history, paper-and-ink textbooks do not seem destined for oblivion anytime soon.

According to the National Association of College Stores, digital books make up just under 3 percent of textbook sales, although the association expects that share to grow to 10 percent to 15 percent by 2012 as more titles are made available as e-books.

In two recent studies — one by the association and another by the Student Public Interest Research Groups, a national advocacy network — three-quarters of the students surveyed said they still preferred a bound book to a digital version.

Many students are reluctant to give up the ability to flip quickly between chapters, write in the margins and highlight passages, although new software applications are beginning to allow students to use e-textbooks that way.

“Students grew up learning from print books,” said Nicole Allen, the textbooks campaign director for the research groups, “so as they transition to higher education, it’s not surprising that they carry a preference for a format that they are most accustomed to.”

Indeed, many Hamilton students waxed passionate about the weighty tomes they still lug from dorm room to lecture hall to library, even as they compulsively check their smartphones for text messages and e-mails.

“I believe that the codex is one of mankind’s best inventions,” said Jonathan Piskor, a sophomore from North Carolina, using the Latin term for book.

That passion may be one reason that Barnes & Noble College Booksellers is working so hard to market its new software application, NOOKstudy, which allows students to navigate e-textbooks on Macs and PCs. The company, which operates 636 campus bookstores nationwide, including Hamilton’s, introduced the free application last summer in hopes of luring more students to buy its electronic textbooks.

“The real hurdle is getting them to try it,” said Tracey Weber, the company’s executive vice president for textbooks and digital education.

The company is giving away “College Kick-Start Kits” to students who download NOOKstudy in the fall semester, with ramen noodle recipes and a dozen classic e-books like “The Canterbury Tales” and “The Scarlet Letter.” CourseSmart, a consortium of major textbook publishers, is letting students try any e-textbook free for two weeks.

But not every textbook is available in digital or rental format. At Hamilton, for instance, only about one-fifth of the titles are sold as e-textbooks this fall. A stroll through the campus store revealed the price difference. A book on constitutional law, for instance, was $189.85 new, $142.40 used and $85.45 for rent. (Typically, an e-textbook is cheaper than a used book, though more expensive than a rental.)

The expense of college textbooks, which is estimated to have risen four times the inflation rate in recent years, has become such a concern that some politicians are taking up the cause. Last month, Senator Charles E. Schumer of New York urged more college stores to rent books, after a survey of 38 campus bookstores in New York City and on Long Island by his office found that 16 did not offer the option.

On Thursday, students at more than 40 colleges nationwide are planning an Affordable Textbooks Day of Action, organized by the Student Public Interest Research Groups, to encourage faculty members to assign texts that are less expensive, or offered free online.

For now, buying books the old-fashioned way — new or used — prevails. Charles Schmidt, the spokesman for the National Association of College Stores, said that if a campus store sold a new book for $100, it would typically buy the book back for $50 at semester’s end and sell it to the next student for $75.

The buy-back price plummets, however, if the professor drops the book (or edition) from the syllabus or if the bookstore has bought enough books to meet demand. When Louis Boguchwal, a junior at Hamilton who is majoring in economics and math, tried to sell a $100 linear algebra textbook back to the college bookstore, he was offered $15.

“It was insulting,” he said. “They give you next to nothing.”

Thus, the creation of Hamilton’s new nonprofit Web site, getmytextbooks.org. So far, traffic has been light: only about 70 books have been sold this fall. But Jason Mariasis, president of the Entrepreneur Club, said he expected sales to pick up as word spread. The site also lists hundreds of other colleges.

Mr. Begolli, a member of the club, recently sold three German novels for $17 on the site. “If I had sold them back to the bookstore, I would have gotten $7 or $8,” he said. “The bookstore is king when it comes to textbook sales. We felt there should be something for students, by students.”

Yet some students have to go it alone. Rosemary Rocha, 26, an N.Y.U. student pursuing a degree in hospitality and tourism management, tallied up her required reading for the semester: $600. “It’s harsh,” she said. “I’m currently collecting unemployment, so that’s not going to happen.”

Instead, she waits to borrow the few copies her professors leave on reserve at the library, or relies on the kindness of classmates. “My friends will let me borrow their books in exchange for coffee or a slice of pizza,” she said. “I very seldom buy the textbooks, but I’m always like a chicken without a head.”
Posted by Mercury at 4:44 PM