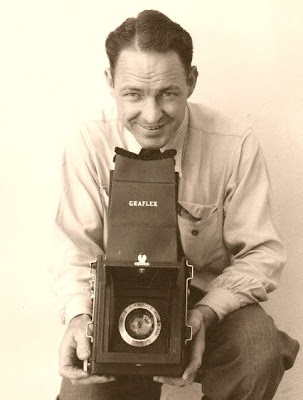 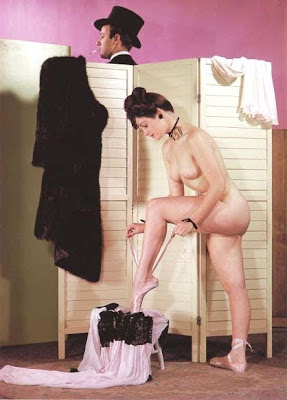 The master of the Carbro printing process documented the ever-changing city, including the building of the Hollywood Freeway. He also photographed dozens of stars, including James Dean and Marilyn Monroe, on movie locations.

Los Angeles Times
As photographer Richard C. Miller documented the construction of the four-level freeway interchange in mid-20th century downtown Los Angeles, he was overwhelmed by its man-made beauty.

"I saw it and just went out of my mind," he later wrote. "I thought, 'My God, this is how people must have felt when they first saw the cathedrals in Europe.'"

Miller forged a career in the 1940s and 1950s photographing celebrities. But the images Miller took for his own pleasure, especially of the unfolding of the Hollywood Freeway, showcase an independent vision, said Craig Krull, whose Santa Monica gallery this year staged a show of Miller's work.

Miller died Friday of complications from pneumonia at a hospital in Rhinebeck, N.Y., where he had moved from Calabasas to live with a daughter, said Michael Andrews, a family friend. He was 98.

"He was way ahead of his time," said Krull. "When he photographed the Hollywood Freeway, nobody at that time was thinking about photographing a project like that for artistic purposes."

The Santa Monica exhibit reflected Miller's work for magazines and his celebrity portraits, which included a young model later known as Marilyn Monroe posing as a bride and James Dean on the set of the 1956 movie "Giant." Dean and the photographer bonded over mutual ownership of Porsches, Miller later said.

There were also images of an evolving Los Angeles, "'snapshots' of a city coming into its own," The Times said earlier this year, as well as Miller's signature prints made with the Carbro process, a complex and now-arcane color-printing technique that produces vibrant archival-quality prints from pigments rather than dye.

One of his more famous Carbro prints features his eldest daughter, Linda, peeking up at the Thanksgiving turkey during grace. It made the cover of the Saturday Evening Post in 1941, giving Miller his first big break.

It was the Post's first photographic cover that captured the kind of everyday scene made famous by artist Norman Rockwell, said Paul Martineau, assistant curator of photographs at the J. Paul Getty Museum.

Miller may have been the last surviving photographer to have used the Carbro printing method, which was out of vogue by the late 1940s, Martineau said.

Miller was considered a Carbro master, and a selection of his prints were included in a Getty exhibit last year on Paul Outerbridge, a pioneer of color photography.

Never one for self-promotion, Miller rarely exhibited his work. Three books featuring his photographs were first printed in 2009, the year he turned 97.

Richard Crump Miller was born Aug. 6, 1912, in Hanford, Calif., in the San Joaquin Valley and moved to Los Angeles with his family in the 1920s.

As a child, he was fascinated by his minister father's folding camera. By age 10, he had his own camera and as a teenager built a darkroom at his parent's home.

He attended Stanford University, Pomona College and graduated from USC, where he met his future wife, Margaret.

While appearing in a play at the Pasadena Community Playhouse, he borrowed a Leica and made portraits of the other actors.

He was in New York pursuing acting when he shared his photographs with Edward Steichen, a leading commercial photographer who encouraged Miller to turn his pastime into a career.

During World War II, Miller worked for the photo department at North American Aviation and became close friends with another employee — Brett Weston, who became known for his photographs of landscapes and nature.

From 1955 to 1962, Miller freelanced for Globe Photos, shooting dozens of big-name stars as he covered more than 70 films on location, including "Some Like It Hot" with Monroe.

After daughter Linda died of cancer at 24 in 1962, Miller "sort of withdrew form the world," Andrews said, and went into near-seclusion at the home he built on five acres in Calabasas.

Although he was shy, Miller was known for his warmth and eagerness to share his knowledge. A younger generation of photographers has worked to bring Miller recognition.

"He was like 007 with a gun over his shoulder," Andrews told The Times earlier this year. "The camera went everywhere. He must have climbed to the top of buildings, hiked up hills to get some of these perspectives. And from these you see, he clearly loved Los Angeles so much."

He is survived by two daughters, Janice and Margaret; a sister, Nancy Jane Stratford; and two grandsons.