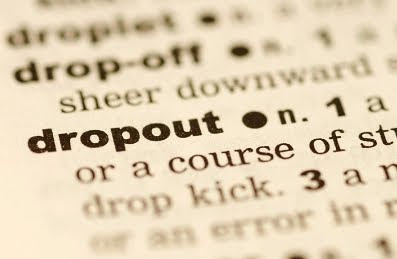 I don't think any of this is new except for the numbers. Students are quite fluid and follow other ventures.

Seventy percent of students seeking degrees at two-year schools failed to obtain them or transfers to four-year universities within six years, the report says.

Los Angeles Times
Seventy percent of students seeking degrees at California's community colleges did not manage to attain them or transfer to four-year universities within six years, according to a new study that suggests that many two-year colleges are failing to prepare the state's future workforce.

Conducted by the Institute for Higher Education Leadership & Policy at Cal State Sacramento, the report, released Tuesday, found that most students who failed to obtain a degree or transfer in six years eventually dropped out; only 15% were still enrolled.

In addition, only about 40% of the 250,000 students the researchers tracked between 2003 and 2009 had earned at least 30 college credits, the minimum needed to provide an economic boost in jobs that require some college experience.

There were also significant disparities in the outcomes of black and Latino students. Only 26% of black students and 22% of Latino students had completed a degree or certificate or transferred after six years, compared to 37% of whites and 35% of Asian Pacific Islanders.

"It's not an understatement to say that the future of California is at stake," Shulock said. "Unlike other developing countries with which California and other states have to compete, each generation is getting less educated and attaining fewer higher degrees. The gaps are large and critical and when you look at the future face of California, they are the ones for whom we're not delivering much success."

The study comes as increasing state and national attention is being focused on the critical role played by community colleges in filling occupations that require some college education. California's two-year schools are a key engine for such employment, providing 70% to 75% of all public postsecondary enrollment compared to about 45% in other states, Shulock said. Nearly 2.8 million students are enrolled in California's 112 community colleges.

Students face many barriers, including not being prepared for college-level study, as well as financial, work and family constraints. Black and Latino students, the study notes, are more likely to have attended segregated and overcrowded elementary and high schools and to have had less access to highly qualified teachers and counselors. But some community college campuses do a better job than others, and the research found that students who pass college-level math and English early in their college careers and complete at least 20 credits in their first year of enrollment had higher rates of success.

The study encourages community colleges to improve data collection about enrollment patterns and student progress and also calls for a new state funding model that rewards schools when students complete degrees and transfer.

California Community Colleges Chancellor Jack Scott was traveling Tuesday and could not be reached for comment. But spokeswoman Terri Carbaugh said the study reinforces conclusions that the system must institute reforms that help students to persist and graduate.

"In some respects, we're ahead of the report and have made substantial policy changes already," Carbaugh said.

he community colleges already are putting more emphasis into ensuring that students master basic math and English skills early in their college careers, she said. Legislation signed this year also establishes an associate's degree that will provide more seamless transfer of community college students to UC and Cal State University. Under another new law, the community colleges' Board of Governors will create a task force to consider ways to improve retention and degree attainment.

"In an era of diminishing resources and transitioning economy, the focus from the president down to the governor is that community colleges have to do much more," Carbaugh said.

The study was released jointly by the higher education institute, the nonprofit Campaign for College Opportunity and more than a dozen other groups.
Posted by Mercury at 4:53 PM

nothing new here except, we are going to need educated immigrants. somehow has to pay taxes so illegals and dropouts are not starving in the street