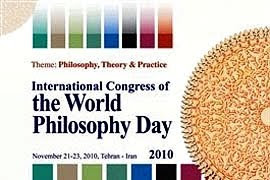 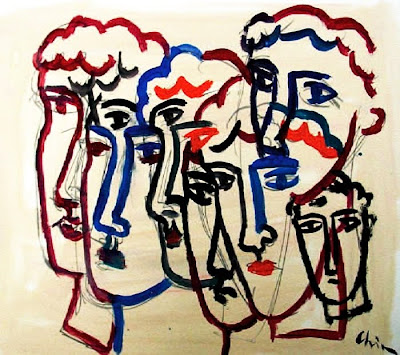 Payvand Iran News
As Iran prepares to host the 2010 World Philosophy Day in Tehran, academics from around the world are organizing protests against Unesco's choice of host for this event.

The World Philosophy Day began in 2002 at Unesco's headquarters in Paris. Since then it has been held in several other countries including Chile, Turkey and Russia.

ILNA reports that former head of parliament, Gholamali Hadad Adel who is also in charge of World Philosophy Day preparations in Tehran along with his committee described the aims of the event as: "Gathering of philosophers and thinkers in order to discuss and exchange philosophical ideas, supporting enrichment of philosophy as one of the main pillars of moving toward excellence, greater understanding of Iranian- Islamic principles of philosophy and familiarity of Iranian students and researchers with the latest scientific- philosophical findings and accomplishments in the world."

He added that the city of Qom, the headquarters of Iranian clergy, is directly involved in the organization of this event and only writers from Qom are commissioned to write articles for presentation at the philosophy congress.

After emphasizing the importance of Islamic philosophy in the gathering, they also announced that the committee has organized a number of recreational activities for the participants, including visits to Tehran's cultural and historical centres as well as a trip to Esfahan.

Over 400 philosophers have been invited to the World Philosophy Day in Tehran but in an unprecedented move, the organizers have announced that the list of guests will not be publicized.

The organizers have explained their decision to keep the guest list secret saying that they want to avoid protesters contacting the guests to dissuade them from participating in the event in Tehran.

The event has been overshadowed by serious protests outside Iran. An announcement prepared by Iranian scholar, Ramin Jahanbegloo and two Italian philosophers called on scholars from around the world to boycott the event.

Mohammadreza Nikfar Iranian philosopher who has also signed the protest announcement, told Radio Zamaneh: "Philosophy needs an open space for exchange of ideas in order to grow and develop. Those who condemned Socrates to death could only be too shameless if they established an academy of philosophy. It is shameless that Iran's prominent philosophers are in exile or completely isolated in the country, while the regime invites foreign guests and pretends that it is possible to philosophize in Iran. They have suspended the teaching of humanities including philosophy in order to make it compatible with their own ideology."

A group of Iranian intellectuals and philosophy scholars have written in their protest announcement that last summer following the post election protest, the humanities was in effect condemned as a discipline in the Iranian court. They add that the Islamic Republic has since attacked the universities with greater "censorship and oppression."

The signatories of the announcement urge all writers who have been commissioned to write articles for this congress to refrain from submitting their work.

Last Tuesday another announcement was issued against holding World Philosophy Day in Tehran which was signed by prominent Iranian writers and scholars in exile such as Daryoosh Ashouri, Ramin Jahanbegloo and Mohammadreza Nikfar. Radio Zamaneh was told that signatures are being consistently added to this announcement and some Iranian scholars and academics inside Iran have also signed the petition to stop the event in Iran.

Sue Williams, a spokeswoman for Unesco defended the organization's decision to hold the event in Tehran saying: "Since 2002, Iran has always participated in World Philosophy Day event; so when Tehran offered to host an event this year, Unesco accepted."

Jahanbegloo challenges the appropriateness of holding the World Philosophy Day in Iran saying: "This is a government which has jailed scores of scholars and writers in the past five years, and where you have a total ban on independent thought and critical thinking."

Iranian protesters maintain that the event is being used as a propaganda exercise for a brutal regime.
Posted by Mercury at 2:07 PM