A backfire in the e-book biz? 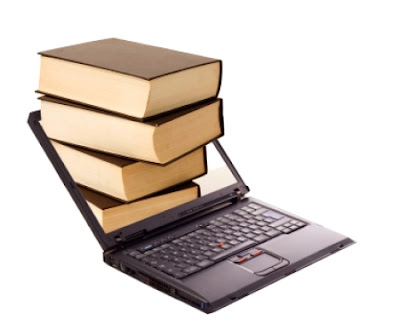 The New York Times
Readers of e-books may not be able to turn paper pages, lend their copies to friends or file them away on living room bookshelves. But they do have the comfort of knowing that they paid less for them than for hardcovers.

Unless they bought “Fall of Giants” by Ken Follett, which was published by Dutton, an imprint of Penguin Group USA, last week. On Amazon.com, the price for the e-book was $19.99; the hardcover edition was $19.39.

Or “Don’t Blink,” by James Patterson and Howard Roughan, whose publisher, Little, Brown & Company, charged $14.99 for the e-book. Amazon priced the hardcover at $14.

Customers, unaccustomed to seeing a digital edition more expensive than the hardcover, howled at the price discrepancy, and promptly voiced their outrage with negative comments and one-star reviews on Amazon.

“Really, James Patterson?” wrote one reader from Elgin, Ill. “Why would it possibly cost more for a digital download than printed and bound ink on paper?”

Other customers directed their anger at the publishers. “They aren’t penguins,” a Web commenter from Paradise, Calif., wrote about Mr. Follett’s book. “They are pigs.”

Several major publishers said those two books were the first they knew of that cost more as e-books than in hardcover on Amazon.

The skirmish over prices is possible because of deals that publishers negotiated with Amazon this year that allowed the publishers to set their own prices on e-books, while Amazon continues to choose the discount from the list price on hardcovers.

That upended a previous understanding by Kindle customers, who were used to paying only $9.99 for an e-book.

“Amazon’s bait-and-switched us here,” said Janice Dinse, 63, a medical transcriptionist in Gastonia, N.C., who complained about the price on the novel by Mr. Patterson. “When I first got my Kindle, all the books were $9.99. I’m not going to pay for a book on my Kindle that’s more than $9.99. I just refuse to do it. I could buy the hardcover for that if I go to Sam’s or Wal-Mart.”

Amazon has tried to direct customer wrath over e-book prices at the publishers. After prices began to rise this year, routinely landing at $12.99 to $14.99, Amazon alerted readers by adding a line in italics below the Kindle price: “This price was set by the publisher.”

Publishers argue that Amazon charges too little for hardcovers and is intent on monopolizing the book market.

Even as hardcover and e-book prices inch closer together, it is rare that an e-book reaches the $19.99 mark. But “Fall of Giants” is a 1,008-page novel, and Mr. Follett is a best-selling author who commands handsome advances from his publisher.

Marilyn Ducksworth, a spokeswoman for Penguin, said only that sales had been strong since the Sept. 28 publication date.

“It’s a long and wonderful book, of which we have sold over 20,000 e-books in the last seven days,” Ms. Ducksworth said.

Sophie Cottrell, a spokeswoman for the Hachette Book Group, the parent of Little, Brown, which published “Don’t Blink” last week, pointed out that the e-book was steeply discounted from the suggested list price on the book. She said the e-book price would be $12.99 if the book made the New York Times best-seller list.

Russ Grandinetti, the vice president of Kindle content for Amazon, suggested that the publishers should lower their e-book prices in response to consumer complaints.

“Setting a price for a Kindle book that is higher than its print counterpart makes no sense,” Mr. Grandinetti said in a statement, although it was not clear who was the chicken and who the egg in this instance. “It’s bad for readers and authors, and is illogical given the cost savings of digital. We’ve seen publishers do this in a few cases, and we’ve been urging them to stop.”

But many readers seemed willing to pay nearly $20 for an e-book. On Monday evening, “Fall of Giants” remained at No. 7 on the Kindle best-seller list, which is updated hourly.

“What we are seeing is a sorting-out period as a new, very vibrant market for book content begins to develop with multiple platforms, multiple formats and multiple retailers,” said David Steinberger, the chief executive of the Perseus Books Group. “Ultimately as the competitive market develops and e-books go mainstream, pricing norms will develop. But that really hasn’t happened yet.”
Posted by Mercury at 5:46 PM