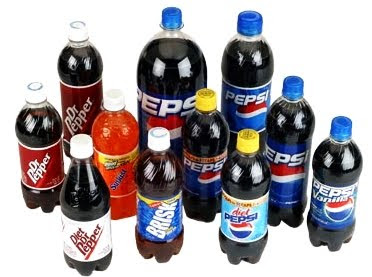 Why not eliminate all processed foods? They are nutritionally deficient too.

The request, made to the United States Department of Agriculture, which finances and sets the rules for the food-stamp program, is part of an aggressive anti-obesity push by the mayor that has also included advertisements, stricter rules on food sold in schools and an unsuccessful attempt to have the state impose a tax on the sugared drinks.

Public health experts greeted Mr. Bloomberg’s proposal cautiously. George Hacker, senior policy adviser for the health promotion project of the Center for Science in the Public Interest, said a more equitable approach might be to use educational campaigns to dissuade food-stamp users from buying sugared drinks.

“The world would be better, I think, if people limited their purchases of sugared beverages,” Mr. Hacker said. “However, there are a great many ethical reasons to consider why one would not want to stigmatize people on food stamps.”

The mayor requested a ban for two years to study whether it would have a positive impact on health and whether a permanent ban would be merited.

“In spite of the great gains we’ve made over the past eight years in making our communities healthier, there are still two areas where we’re losing ground — obesity and diabetes,” the mayor said in a statement. “This initiative will give New York families more money to spend on foods and drinks that provide real nourishment.”

New York State, which administers food stamps locally, signed on to the request, which was received by the Agriculture Department on Wednesday evening.

“We appreciate the state’s interest,” a spokesman, Justin DeJong, said. “We will review and carefully consider the state’s proposal.”

In 2004, the Agriculture Department denied a request by Minnesota to prevent food-stamp recipients from buying junk food. The department said that the plan, which focused on candy and soda, among other foods, was based on questionable merits and would “perpetuate the myth” that food-stamp users made poor shopping decisions.

Congress debated but rejected restricting the purchase of sugared drinks with food stamps as part of a 2008 farm bill, Mr. Hacker said. But this year, the chairman of the House’s Agriculture Committee, Collin Peterson, Democrat of Minnesota, said the House should think about such a ban in its deliberations over the next farm bill.

Mr. Bloomberg and his health commissioner, Dr. Thomas A. Farley, said the ban would help curb the city’s obesity epidemic, which they contend has been fueled by rising soda consumption over the past 30 years.

City statistics released last month showed that nearly 40 percent of public-school children in kindergarten through eighth grade were overweight or obese, and that obesity rates were substantially higher in poor neighborhoods. City studies show that consumption of sugared beverages is consistently higher in those neighborhoods.

Dr. Farley and the state’s health commissioner, Dr. Richard F. Daines, said in an Op-Ed article in The New York Times on Thursday that the ban would not reduce the ability of food-stamp recipients to feed their families. “They would still receive every penny of support they now get, meaning they would have as much, if not more, to spend on nutritious food,” Dr. Farley and Dr. Daines wrote. “And they could still purchase soda if they choose — just not with taxpayer dollars.”

The health of New Yorkers, and particularly obesity, is one of the mayor’s signature issues. During his first term in office, Mr. Bloomberg expanded the city’s smoking ban to almost all indoor public places, and he is proposing to expand it to beaches, parks and plazas. New York City has banned trans fats in restaurants and requires restaurants to post calorie counts.

The city’s campaign against sugary drinks has been especially aggressive. This week, it introduced ads showing a man drinking packets of sugar. But its attempt to persuade the State Legislature to impose a tax on the drinks was met with skepticism and opposition from the beverage industry and grocery owners.

Tracey Halliday, a spokeswoman for the American Beverage Association, said of the mayor’s request: “This is just another attempt by government to tell New Yorkers what they should eat and drink.”

The number of New Yorkers qualifying for food stamps has grown more than 35 percent in the past couple of years, mirroring a nationwide trend. And the mayor’s proposal could raise concerns about equity, since it is aimed at one segment of the city, its poorest. When Minnesota sought its ban, welfare rights advocates there accused the state of being patronizing to food-stamp users.

Anticipating such criticism, Dr. Farley and Dr. Daines said that the food-stamp program already prohibited the use of benefits to buy cigarettes, beer, wine, liquor or prepared foods.

The ban would affect beverages with more than 10 calories per 8 ounces, and would exclude fruit juices without added sugar, milk products and milk substitutes. A 12-ounce soda has 150 calories and the equivalent of 10 packets of sugar, according to the health department. City health officials say that drinking 12 ounces of soda a day can make a person gain 15 pounds a year.

Dr. Farley and Dr. Daines said that over the past 30 years, the consumption of soda and other sugary beverages in the United States had more than doubled, paralleling the rise in obesity. They blame that trend for the rising rate of diabetes, which now afflicts one in eight adults in New York City, and is nearly twice as common among poor New Yorkers as among wealthier ones.

Told of Mr. Bloomberg’s request on Wednesday, one food-stamp user, Marangeley Reyes, 24, of Harlem, said the mayor should not dictate what foods she bought. Ms. Reyes had just emerged from a Shop Fair supermarket on Lenox Avenue with a 20-ounce bottle of Orange Crush — she drinks at least one a day. But after giving it some more thought, she said, “I probably shouldn’t be drinking so much soda.”
Posted by Mercury at 7:15 AM

in California they have uncovered millions in misspent welfare funds from cruise ships to using their cards in Las Vegas casinos and these people are worried about sugar drinks? last i heard, vegetarians percentage wise are more obese than their meatatarian counterparts. add to that, people who consume organic foods do not live any longer or are any smarter than their pesticide consuming brothers at the table...it will only make sense when the government has complete control of consumption like the Nazis at any given concentration camp. this is the same crowd who recently had President Obama install solar panels and announce we were on the path to setting ourselves free from foreign oil...trouble is we can only get the rare earth materials from China because the same crowd will not let America mine these elements here...one of those Duh moments