A bureaucratic blunder by BOA...still no relief for homeowner 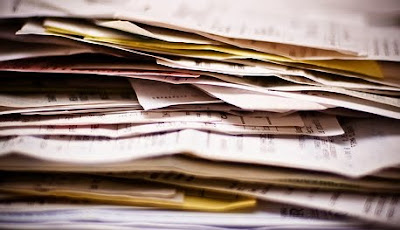 This is not an act of altruism but one of legality...make it all legal and then we will seize property. We will still make zillions.

USA TODAY
Bank of America on Friday is delaying foreclosures in 23 states because of possible problems with paperwork, the third major servicer to take such action as investigations mount into tens of thousands of potentially faulty foreclosures.

After reviewing its own process for preparing affidavits used in the foreclosure process, Bank of America (BAC) decided to suspend foreclosures in those states that require judicial approval. The bank notified courts on Friday to pull affidavits in foreclosure cases that have been submitted for judgment but not yet decided, says Bank of America spokesman Dan Frahm.

Frahm says he doesn't know how many foreclosures will be affected. Customers will not be notified because, while the review may cause some delays in the judgment of the affidavits and foreclosure sale dates, homeowners should not otherwise be affected, he says.

"We have been assessing our existing processes," Frahm says. "To be certain affidavits have followed the correct procedures, Bank of America will delay the process in order to amend all affidavits in foreclosure cases that have not yet gone to judgment in the 23 states where courts have jurisdiction over foreclosures."

Two other major servicers —J.P. Morgan and Ally Financial's GMAC Mortgage unit — have either delayed or halted foreclosures in 23 states. Those actions were taken after depositions taken in lawsuits by homeowners turned up officials who said they signed documents without reviewing them or having a notary present.

Those forms are supposed to be individually reviewed for accuracy and signed in the presence of a notary. Chase halted about 56,000 foreclosures due to potential concerns.

Hundreds of thousands of foreclosures could potentially be affected because they may have been done with faulty documents or affidavits that were not reviewed, says Christopher Immel, a lawyer at Ice Legal who has taken depositions from officials who sign off on foreclosure affidavits at Chase and Ally Financial.

He says the action by Bank of America shows how widespread problems are in servicers' foreclosure processes.

"What I've been saying all along is this is a business model that servicers have put in place. They all have the same practices in order to be competitive with each other," Immel says.

The concern about flawed paperwork also prompted Freddie Mac and Fannie Mae on Friday to issue letters to all their servicers requesting that they review their foreclosure proceedings to be sure affidavits were signed properly and with a notary present. The letter from Freddie gave servicers until Oct. 18 to finish their review and notify Freddie if any problems are found.