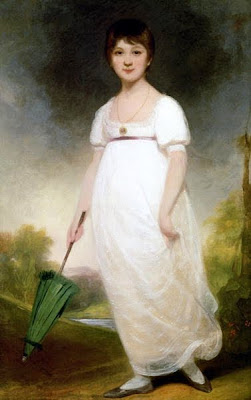 "Jane Austen's style might not be hers, academic claims"

The elegant writing style of novelist Jane Austen may have been the work of her editor, an academic has claimed.

The manuscripts, she states, feature blots, crossing outs and "a powerful counter-grammatical way of writing".

She adds: "The polished punctuation and epigrammatic style we see in Emma and Persuasion is simply not there."

Professor Sutherland of the Faculty of English Language and Literature claims her findings refute the notion of Austen as "a perfect stylist".

It suggests, she continues, that someone else was "heavily involved" in the editing process.

She believes that person to be William Gifford, an editor who worked for Austen's publisher John Murray II.

Jane Austen is widely celebrated as a supreme stylist - a writer of perfectly polished sentences.

Yet after studying more than a thousand handwritten pages of the novelist's unpublished manuscripts, Professor Kathryn Sutherland of Oxford University has concluded that Austen's style was far more free-flowing and featured a limited range of punctuation.

Letters between Austen's publisher and an editor who worked with him acknowledge the untidiness of her writing.

According to Professor Sutherland, they suggest it was the editor who then intervened to sharpen the prose of one of English Literature's most popular writers.

The research formed part of an initiative to create an online archive of all of Austen's handwritten fiction manuscripts.

The three-year project - in which King's College London, the Bodleian Library in Oxford and the British Library in London were involved - is due to be launched on 25 October.

Professor Sutherland, an Austen authority, said studying her unpublished manuscripts gave her "a more intimate appreciation" of the author's talents.

The manuscripts, she went on, "reveal Austen to be an experimental and innovative writer, constantly trying new things."

They also show her "to be even better at writing dialogue and conversation than the edited style of her published novels suggest."

Jane Austen (1775-1817) completed six novels in her lifetime, two of which were published posthumously.
Posted by Mercury at 12:33 PM