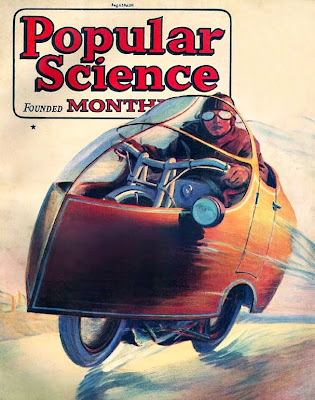 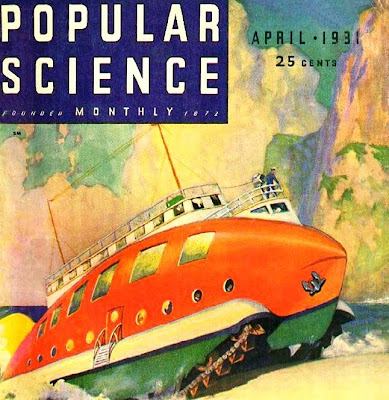 We were also told of the reality of the above...so, do you believe this...

physorg.com
Imagine if all the data traversing the world right now -- on long distance networks and between and within computers and other hardware -- could be sent through a single fiber the width of a human hair.

A new research center has been launched at the University of California, Santa Barbara (UCSB) to make that a reality. Researchers with the Terabit Optical Ethernet Center (TOEC) will develop the technology necessary for a new generation of Ethernet a thousand times faster, and much more energy efficient, than today's most advanced networks. They are aiming for 1 Terabit Ethernet over optical fiber -- 1 trillion bits per second—by 2015, with the ultimate goal of enabling 100 Terabit Ethernet by 2020.

Internet traffic is booming, as businesses and institutions handle massive quantities of data and consumers stream video, share high-resolution photos and battle it out in online games. Millions of people will soon be consuming billions of bits per second in their living rooms, all at the same time.

"We're going to need much faster networking to handle the explosion in Internet traffic and support new large-scale applications like cloud computing," says Daniel Blumenthal, Professor of Electrical and Computer Engineering at UCSB and Director of TOEC, which is part of UCSB's Institute for Energy Efficiency (IEE).

"The work that will be conducted at TOEC will enable the future of the Internet," says Stuart Elby, Vice President of Network Architecture for Verizon.

Ethernet, the way computers talk to each other over a network, has become the de facto standard for data transmission both on a small scale and across global networks. "It's an accepted, flexible interface," says Internet pioneer David Farber, a professor at Carnegie Mellon University and former Chief Technologist for the Federal Communications Commission.

Ethernet is constantly evolving, but soon—in as little as five years, according to some estimates—it won't be able to keep up with the speed and bandwidth required for applications like video and cloud computing, and distributed data storage.

"Based on current traffic growth, it's clear that 1 Terabit per second trunks will be needed in the near future," Elby says.

Not only will Terabit Ethernet soon be needed to satisfy the demands created by the way we use networks now, but Farber says high-performance, high-speed Ethernet will open up opportunities we couldn't dream of today: "You build it, they will come."

"We are excited to be part of this new center and look forward to working with the other members to enable this future capability," says Mario Paniccia, Director of Intel's Photonics Technology Lab.

Current Ethernet technologies can't be pushed much past 100 Gigabits per second—the speed that's beginning to be implemented now—mainly because of the amount of power needed to run and cool the required systems, Blumenthal says. Large data centers can consume as much power as a small city. New generations of Ethernet need to be much more energy-efficient and cost-effective, or the power problem will limit Ethernet development, crippling the growth of key U.S. industries and technologies.

"Our goal," Blumenthal says, "is to make energy-saving technologies that will allow applications and the underlying networks to continue to scale as needed. You could think of it as greening future networks, and the systems that rely on those networks."

To achieve that, and drive Ethernet toward 100 Terabits per second, fundamental improvements in the underlying technologies will be required, he adds. "We're going to need dramatic breakthroughs across multiple disciplines, not only in the core Ethernet technologies but in Ethernet-based networking and in the engineering and measurement systems used to develop and test these new technologies," Blumenthal says.

Research at TOEC will build on UCSB's world-leading expertise in materials, advanced electronics, photonic integrated circuit technology, silicon photonics and high-speed integrated optical and electronic circuits, and in bridging these new technologies with real networking systems. Blumenthal says new low-cost, energy-efficient optical technologies that leverage the techniques now used in semiconductor manufacturing will be the foundation for the Ethernet of the future.

Doug Baney, Senior Research Manager at testing and measurement company Agilent Technologies, says "the characterization of the high-speed and complex nature of future Terabit Ethernet communications opens up whole new challenges in measurement instrumentation. That's a critical area that needs to be solved in tandem with component and system development to help pave the way to Terabit Ethernet deployment."
Posted by Mercury at 6:28 PM

With the current global crisis I'm more interested in ensuring individual freedom and creativity. Corporations are wrestling control from the public and may transform the internet into another controlled commodity like energy (i.e. electrical grid) and central banks. Another yoke on the public, tightening global enslavement.

Well Ron, the Internet is beginning to show signs of control and manipulation: Pages take longer to load to accommodate the huge percent of [motion] advertising; despite targeted software to curb advertising, popups of all varieties appear; cookies are used for tracking purposes to see what you read and like and thus aim spam to your email. There are the evil ones that wish to infect your computer. And ISPs wish to control your access and browsing time by metering your usage. And, of course, the costs are rising.

The 1,000 times as fast concept will come with a hefty price.