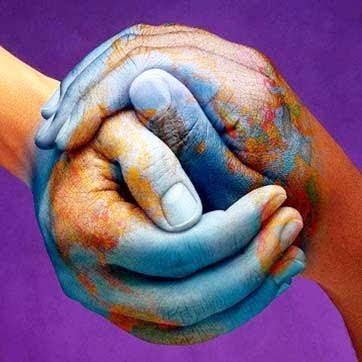 Inside Higher Ed
With universities facing pressure to show the value of their research, to promote economic development and to find new sources of revenue, links between academic researchers and business are being encouraged and scrutinized intensely. The essays in a new book -- The Commodification of Academic Research: Science and the Modern University (University of Pittsburgh Press) -- explore these issues. The authors of the essays and their content explore these issues in the United States and other countries as well. The editor of the volume is Hans Radder, a professor of the philosophy of science and technology at Vrije Universiteit Amsterdam, who responded to e-mailed questions about the themes of the volume.

Q: Academic research has always cost money to produce, and led to products that made money for others. How is the "commodification" of research different today than in past periods?

A: Commodification means that all kinds of activities and their results are predominantly interpreted and assessed on the basis of economic criteria. In this sense, recent academic research is far more commodified than it was in the past. In general terms, one can say that the relation between "money" and specific academic activity has become much more direct. Consider the following examples: first, the amount of external funding acquired is often used as a measure of individual academic quality; second, specific assessments by individual scientists have a direct impact on departmental budgets; for instance, if I now pass this doctoral dissertation, my department receives a substantial sum of money; if not, it ends up with a budget deficit; third, the growing practice of patenting the results of academic research is explicitly aimed at acquiring commercial monopolies. Related to these financial issues are important and substantial changes of academic culture. Universities are increasingly being run as big corporations. They have a top-down command structure and an academic culture in which individual university scientists are forced to behave like mini-capitalists in order to survive, guided by an entrepreneurial ethos aimed at maximizing the capitalization of their knowledge.

Q: What do you see as the main dangers of this commodification?

A: First, the prevalence of economic criteria may lead to bad science. The most well-known example of this is the manipulation of medical research by pharmaceutical companies. However, a significant feature of our book is that it presents many more examples of commodification of research within a variety of academic disciplines. A further problem of academic commodification is that societal benefits or cultural significance are reduced to economic utility. Research that is deemed to be economically useless or is unable to attract wealthy sponsors will have a hard time finding appropriate funding. This does not just apply to the study of ancient languages but also to research into the social (rather than the physical) causes of illness. Finally, commodified research tends to focus on short-term economic gain, while a significant social function of academic research has always been to provide a more general "knowledge infrastructure" that can be drawn upon when confronted with novel future challenges.

Q: Many academic leaders say they have no choice but to pursue closer industry ties if they are to finance needed research -- do you agree that they lack other sound options?

A: In some cases it will be true, in others not. There is no general answer to this question, so university administrators should not use it to shore up an unqualified endorsement of academic commodification. Furthermore, not all contract research necessarily entails the same degree of commodification. A high degree of commodification is likely when there is a significant commercial impact on research methods and outcomes, as is often the case in current medical research sponsored by pharmaceutical companies. But less commodification would occur, for instance, if pharmaceutical companies contributed to a general fund for research on, say, drugs for diabetes, and not just fund academic research involving their own drugs for this disease. Last but not least, the question entails that the issue of commodified science needs to be addressed not only at the level of university administration but also, and primarily, at the level of the more general politics and policies of science. Ultimately, solving this problem requires both a different academic culture and a changed conception of the socio-cultural significance of science.

Q: How do you see these issues playing out in different ways in the United States and elsewhere?

Q: What kinds of safeguards are needed today to protect the values of academic science?

A: The academic research world needs to re-uphold the values and basic standards of good research rather than just economic goals. This reorientation can only succeed, however, if it is supported by concomitant changes in the still dominant neo-liberal world-view and politics. Perhaps recent growing criticism of neo-liberalism is a sign of forthcoming change. A big step in the right direction could be made if universities would consistently adhere to the ethical codes of good scientific conduct they have developed over the years, not merely in assessing the behavior of individual scientists but also, or even primarily, in the structural measures and policies taken by academic institutions and governmental bodies.
Posted by Mercury at 6:17 PM