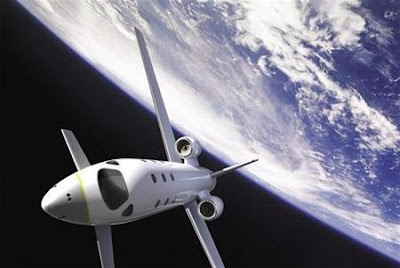 This is an excellent idea that could free up NASA to invest more in non-man programs and simply act as a custodian of private enterprise activities.

Reuters
The U.S. government should leave the business of launching cargo and people into Earth orbit to private commercial space transporters, members of a presidential panel said on Wednesday.

A subcommittee of the Human Space Flight Review panel said turning over transport services to the International Space Station to private firms would allow the U.S. space agency NASA to focus on new challenges, such as extending human presence beyond low-Earth orbit.

The International Space Station, a $100 billion project involving 16 nations, orbits about 225 miles above the planet.

"My God, great NASA has been to the moon and we are sort of thinking that it is a big challenge for us to continue going to (low-Earth orbit)? Let's turn it over to newcomers," Bohdan "Bo" Bejmuk, a former Boeing Co executive, told panel members.

"I think you will find out there are a lot of people who will rise and compete," Bejmuk told the meeting broadcast by NASA. "Some of them will fail, some of them will succeed, but you will have essentially created a new industry."

I just received my daily newsletter from SEA [Scientists and Engineers for America] where a trivia question was posed...

Constellation, currently under development, is NASA’s replacement for the aging space shuttle program. What is the estimated cost, per American, of seeing Constellation through to its first manned flight in 2015?

NASA estimates that by the time the first crewed Ares I rocket is launched in 2015, the Constellation program will have cost $35 billion. Dividing by the US population of about 304 million people yields $115 per person.

Eventually, in addition to the Ares I Crew Launch Vehicle, Constellation will produce the Orion Crew Vehicle, the Ares V Cargo Launch Vehicle, and the Altair Lunar Lander. The program is intended to replace the space shuttle in taking astronauts and supplies to the International Space Station and to return man to the moon by 2020. Estimates vary on the total cost of the program, but the price tag could come to $150 billion. President Obama has ordered a review of the program, to be completed by the end of August. The fate of the program and the direction of human spaceflight in the United States may hinge on the findings of the panel appointed to the task.