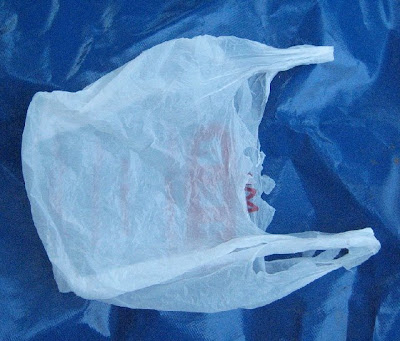 Why is the American Chemistry Council against this proposal? Granted, twenty cents is a bit steep but surely a compromise can be established.

The American Chemistry Council's latest contribution of $500,000 to the campaign against Seattle's proposed 20-cent fee on disposable shopping bags is one of the city's largest ballot-measure donations in recent history.

Adam Parmer, spokesman for the campaign to turn back the Seattle ordinance, said the money given over the weekend will pay for radio ads and direct-mail efforts against Referendum 1, which goes before voters Aug. 18.

It's the single largest contribution to a local ballot-measure in recent history, according to Seattle Ethics and Elections Commission staff.

The money comes from the Progressive Bag Affiliates of the Virginia-based American Chemistry Council, the prime backers of the Coalition to Stop the Bag Tax, which last year gave the campaign about $239,000.

The campaign began placing anti-bag-fee ads on the Internet over the weekend, Parmer said, and radio ads should start airing this week.

Mayor Greg Nickels proposed and the City Council approved the bag fee to encourage the use of reusable bags and reduce waste. The ordinance was put on hold when opponents gathered enough signatures to put the measure to a public vote.

If voters approve the ordinance, Seattle would become the first U.S. city to target plastic and paper.

Backers of the ordinance said their opponent's cash boost does not alter their plans.

"It's what we were anticipating from the outset," said Rob Gala of the Seattle Green Bag Campaign, which has so far raised about $65,000. "We see that this vote is essentially about one of the world's largest polluters telling a city what it can and cannot do in terms of waste reduction."

The $500,000 deposit is the largest to a Seattle ballot measure in at least a decade. It exceeds two donations of $400,000-plus in 2006 to Seattle Citizens for Free Speech from strip-club operators who fought successfully to repeal the city's strip-club ordinance.