Do you place "any" credence in the writings of Nostradamus? poll 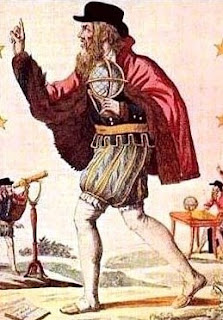 Do you place "any" credence in the writings of Nostradamus?

Any logical and discerning individual would dismiss the prophecies of Nostradamus. Coincidence and broad generalities rule. He has been and probably will be material for conspiracy theorists feeding the baser side of humanity. As Wiki writer wrote: "...none of the sources listed offers any evidence that anyone has ever interpreted any of Nostradamus's quatrains specifically enough to allow a clear identification of any event in advance." Move over Art Bell.

Email ThisBlogThis!Share to TwitterShare to FacebookShare to Pinterest
Labels: Nostradamus

On the nature of reality:

In 1558., Nostradamus, writing
to Henry II, mentions the Chaldean
Alphabet.
." After Noah, of him and of the universal deluge, came Abraham, 1080 years later, which was, according to several, the greatest astrologer and the initiator of the first Chaldean alphabet."

I came across the Chaldean numerology from the book, "Star
Signs" by the astrologer Linda
Goodman. I kept a copy of it on
my nightstand, thinking it might
prove useful in some manner. About
4 months later I had a very vivid
dream, and had the thought to
interpret it.

Here is the news article about
this extraordinary experience:

According to Professor W. Pauli, Nobel laureate physicist, acausal
connections exist in the space-time
continuum, and unique coincidences
appear to indicate that psyche
and matter are one and the same
thing, just observed differently.

The "message" was obvious to me. Do
you see it?

"our primary mathematical intuitions
can be arranged before we become conscious of them." Pauli

"man has need of the word, but
in essence number is sacred." Jung

The "synchronicity principle"? Pauli was an excellent physicist but his association with Jung provided nebulous metaphysics.