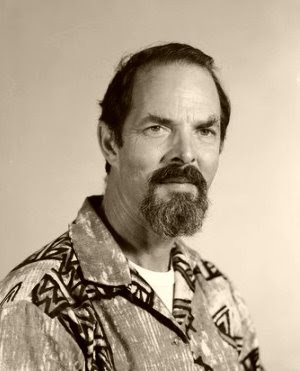 Shor's work helped lay the foundation for the theory of tectonic plates and continental drift.

Los Angeles Times
George G. Shor Jr., the Scripps geophysicist whose study of the ocean floor helped lay the foundation for the theory of tectonic plates and continental drift, died July 3 at his home in La Jolla from complications following a series of strokes. He was 86.

He helped develop the United States' fleet of ocean-going research vessels, was a principal in the abortive Project Mohole to drill a hole deep into the Earth and played a key role in the creation of the California Sea Grant program, which funds marine and coastal research.

"He mentored students ashore and at sea, but his strength was teaching people geophysics at sea," said geologist Robert L. Fisher, a professor emeritus at the Scripps Institution of Oceanography at UC San Diego, where Shor spent most of his career. He was a talented administrator and experimenter, and if he saw something that didn't work in either area, "he would diddle with it to make it better," Fisher said.

Shor joined Scripps in 1953 at the beginning of what researchers have dubbed the golden age of oceanography, in which research vessels from Scripps, Columbia University, Woods Hole Oceanographic Institution and Cambridge University explored the oceans, trailing magnetometers and other sophisticated instruments to detect the overall structure of the ocean floor and anomalies beneath it. He began his work in the Gulf of Alaska, a region with a little known geological history, then led expeditions into the Indian Ocean.

During the International Geophysical Year in 1957 and 1958, he led expeditions to the Southeast Pacific.

His work and that of others eventually led to the conclusion that the planet's continents reside on massive tectonic plates that are adrift on an ocean of volcanic magma far below the Earth's surface, pulling apart in some areas to create deep trenches in the ocean and jamming together in others to create massive mountain ranges.

Near the end of his career, he coordinated the activities of Scripps' research fleet, scheduling voyages and allocating resources. He also helped create and served on the University-National Oceanographic Laboratory System, which coordinates operations of research ships throughout the world.

In the 1950s, he joined Project Mohole, which was designed to retrieve a sample of material from the Earth's mantle by drilling through the Mohorovicic discontinuity, which resides as much as three miles under the ocean floor and up to 25 miles below the surface of continents. Shor and Scripps geophysicist Russell W. Raitt identified the best location to drill the hole, off the coast of Hawaii, but the project was canceled by Congress because of cost overruns and poor management.

In the 1960s, Shor helped create the California Sea Grant program, headquartered at Scripps, serving as its manager from 1969 to 1973.

George Gershon Shor Jr. was born June 8, 1923, in New York City. He attended Caltech, where he was part of a program that trained students to be sailors. Upon his graduation in 1944 with a degree in mechanical engineering, he served as an electronics and communications officer on a Navy troop ship in the Pacific. He remained in the Naval Reserve until his retirement as a commander in 1983.

After his retirement from Scripps in 1991, he developed an interest in bamboo as a structural material for flooring, furniture and other applications. He served as president of the American Bamboo Society for two years and helped establish the Southern California chapter of the organization.

Shor is survived by his wife of 59 years, Elizabeth Noble Shor; two sons, Alexander of Honolulu and Donald of Dixon, Calif.; a daughter, Carolyn Large of Dixon; and seven grandchildren.
Posted by Mercury at 4:40 AM