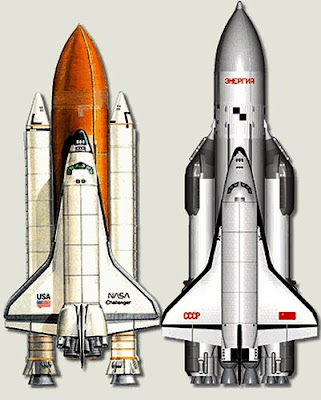 space.com
U.S. Sen. Bill Nelson said he fears Russia's aggressive action against Georgia may have some serious consequences on the American space program.

If Russia fails to hold back military action in the former Soviet republic, it could hurt U.S. chances of accessing the International Space Station once NASA retires the space shuttles in 2010, the Democrat from Orlando said Tuesday.

The Russian Soyuz vehicle will be the only option available for NASA to send crew and cargo to the space station until the shuttle's replacement becomes available for manned missions in 2015. Nelson fears deteriorating U.S.-Russia politics may result in "Russia denying us rides or charging exorbitant amounts for them."

NASA's agreement to purchase rides on the Soyuz came about from a waiver Congress granted the agency from the Iran-Syria Non-Proliferation Act. The law prohibits the United States from buying space-related goods and services from Russia while that nation exports nuclear technology to Iran.

NASA's waiver from the ban expires in 2011. Nelson fears that recent developments between Russia and Georgia may make it hard for lawmakers to extend the exemption.

"It was a tough sell before, but it was doable simply because we didn't have a choice. We don't want to deny ourselves access to the space station, the very place we have built and paid," Nelson said. "It's going to be a tougher sell now unless there are critical developments during the next 48 to 72 hours."

Nelson blamed the Bush administration for making the nation so reliant on Russia by failing to devote more money to the space program.

"If I were president I'd be pulling out all the stops to get Russia to understand the consequences of continued bad behavior," said Nelson, who just returned from a trip to Afghanistan with Senate Majority Leader Harry Reid and other lawmakers.

The Russian incursion had just begun as the delegation was leaving central Asia, Nelson said.

"We actually flew over Georgia coming out of Kazakhstan because the Russians would not give us diplomatic overflight," Nelson said.
Posted by Mercury at 7:49 PM