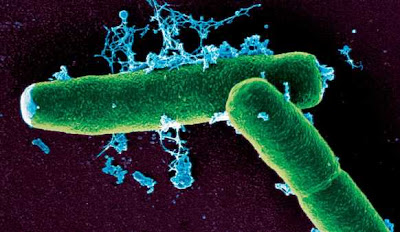 Now the chemist's skill is revealed in the analysis of the strand of anthrax that assisted the FBI. However, regardless of the analysis and conclusions the ultimate test in a criminal investigation is through the rigors of the judicial system. Such data may or may not survive as genuine evidence.

Chemical & Engineering News
USING NEW and sophisticated scientific techniques, investigators have made substantial progress in the seven-year-old anthrax investigation, the FBI has confirmed. This information comes only days after the lead suspect committed suicide.

When Bruce E. Ivins, a senior biodefense researcher at the U.S. Army Medical Research Institute of Infectious Diseases (USAMRIID) in Fort Detrick, Md., died on July 29, federal prosecutors were about to identify him as the one who sent the 2001 letters laced with anthrax and charge him with killing five people and injuring 17 others.

According to government officials "a scientific breakthrough" that creates a DNA equivalent of a fingerprint allowed investigators to identify the origin of the anthrax used in the 2001 mailing and link Ivins to the crime. The FBI, with help from the scientific community, developed four individual, highly sensitive, specific tests to detect the unique qualities of anthrax, government officials said.

One company that has been developing and marketing such a technology is Carlsbad, Calif.-based Ibis Bioscience. Ibis Vice President of Research Steven A. Hofstadler confirms having a service contract with the FBI, but he will not comment, because of the ongoing investigation, on any details regarding anthrax, despite a recent publication on the topic (Emerg. Infect. Dis. 2008, 14, 653). He tells C&EN that the FBI has three Ibis systems.

The technology developed by Ibis, and presumably used by the FBI, uses specifically targeted primers and the polymerase chain reaction to amplify highly conserved genomic regions. The amplified products are analyzed by electrospray ionization time-of-flight mass spectrometry followed by base composition analysis to identify and determine the relative quantity of pathogenic bacteria in a sample. Multiple genomic regions can be amplified in parallel for a given sample. High-resolution genotyping of a specific species can be achieved with additional primers targeted to flank highly variable regions of a specific genome.

Court documents reveal that more than 1,000 anthrax isolates were compared with the anthrax used in the attacks. Only eight of these isolates contained the four genetic markers that characterized the mailed anthrax. All eight isolates are directly related to a single anthrax strain stored in a secure location at USAMRIID, where Ivins was the sole custodian since 1997.

Bruce Ivins--"scapegoats for sale or rent"

Bruce Ivins--a rush to an accusation?
Posted by Mercury at 5:18 PM

And then there is the question of surreptitious access at labs found to have lax security.

Ivins would not have used the strain for which he was the "go to" guy. Simple logic. Instead, the matching anthrax would have been accessed by someone downstream, most likely surreptitiously.

This "sole custodian" language used by the FBI is hugely misleading.