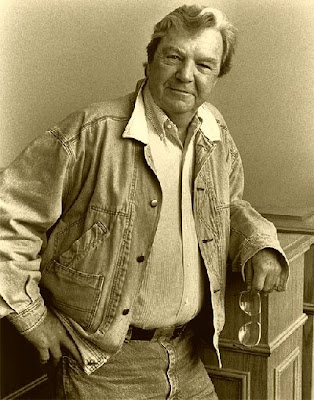 
Antoher pioneer in electronic music has passed away.


Donald Erb, a composer with a strong interest in electronic music who was prominent on the avant-garde scene of the 1960s and '70s, died Tuesday at his home in Cleveland Heights, Ohio. He was 81.

Mr. Erb, who was distinguished professor emeritus of composition at the Cleveland Institute of Music, composed "Reconnaissance," one of the first chamber works for live synthesizer and acoustic instruments. It had its premiere in New York in 1967 with Robert Moog, a pioneer of the synthesizer, playing that instrument.

Mr. Erb wrote many works for brass, including the Concerto for Brass and Orchestra (1986) and "Three Pieces for Brass Quintet and Piano."

Mr. Erb's catalog also includes "The Seventh Trumpet," which was given its premiere in 1987 by Leonard Slatkin and the Chicago Symphony Orchestra, which commissioned it. That work reflects Mr. Erb's affinity for incorporating objects into his scores, in this case water-filled jugs and wine glasses, as well as harmonicas and synthesizer. Mr. Erb also wrote many other solo, symphonic and chamber works, some with improvisatory and aleatoric elements that reflected his experience as a jazz musician.

He wrote 10 concertos, including one for the cellist Lynn Harrell; others were given their premieres by prominent musicians like the clarinetist Richard Stoltzman.

Born in Youngstown, Ohio, in 1927, Mr. Erb played trumpet with a dance band in high school and performed professionally as a jazz trumpeter after serving in the Navy during World War II.

He studied composition with Marcel Dick at the Cleveland Institute of Music, from which he received his Master of Music degree in 1952, and Bernhard Heiden at Indiana University in Bloomington, receiving a doctorate of music in 1964. He briefly studied with Nadia Boulanger in Paris in the early 1950s.

He was appointed to the Cleveland Institute of Music faculty in 1952 and was appointed distinguished professor of composition in 1987. He retired in 1996.

He left Cleveland for several years to teach composition at other institutes, including Indiana University and Southern Methodist University in Dallas. He was composer in residence with various ensembles, including the Dallas Symphony Orchestra in 1968 and 1969. He was president of the American Music Center (which awarded him their Letter of Distinction in 2001) in the early 1980s.

Mr. Erb suffered cardiac arrest in 1996 and had not been active as a composer since.

Besides his wife of 58 years, Lucille, he is survived by his daughters Christine Hoell of Columbus, Ohio, the actress Stephanie Erb of Los Angeles and Janet Carroll of Rockaway, N.J.; a son, Matthew, of Columbus; and nine grandchildren.


Delia Derbyshire--revival for "Doctor Who" 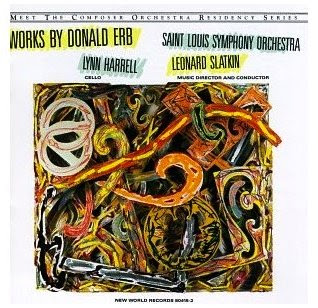 Works By Donald Erb
Posted by Mercury at 9:45 AM