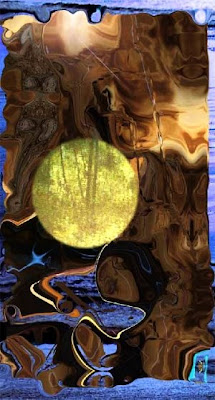 This is beginning to deepen the quest of data gathering and scientific methodologies which transcends the guilt or innocence of Bruce Ivans.

Time
As probable bioterrorists go, Bruce Ivins was a near perfect suspect. Among the hundreds of pages of evidence that the FBI had mounted against him (which were released last week), there were electronic records documenting Ivins' late-night sojourns in the lab, e-mails revealing a mind wracked by paranoia and an inventory of a November 2007 FBI search of his home, which turned up a paperback copy of Albert Camus's novel The Plague.

The FBI says the government biodefense researcher acted alone in the 2001 anthrax mailings that killed five people and sickened 17. But as anthrax experts begin seeking hard data behind the eerie and suggestive details of the case, they are left with nothing but questions. For one thing, the FBI says its anthrax evidence is based on "new and sophisticated scientific tools" — i.e., new DNA technology that the agency says is more accurate than older methods — which investigators have used to trace the anthrax from the deadly mailings back to Ivins. The FBI began with 1,000 distinct samples of the Ames strain of anthrax, the type used in the attacks, from 16 laboratories that handled the bacterium. From there, investigators whittled their way down to a match: a single spore batch taken from a beaker in Ivins' laboratory. No scientist has ever been able to accomplish a feat of such precision before, not even those familiar with the subtle variations of the anthrax genome — but the FBI won't reveal its methods.

Now, scientists and some members of Congress are calling for the FBI to release details about the new DNA technology, so that its validity can be confirmed. "It's a general rule," says Donald Henderson of the University of Pittsburgh's Center for Biosecurity, who heads the federal Office of Public Health Preparedness. "When you develop a new test for something, it usually has to go through a fairly rigorous examination: Does it really do what it claims to do?"

Anthrax experts interviewed by TIME point to the peculiarities of anthrax research that underscore why it is critical that the FBI's methodology be evaluated. Most important is that anthrax has historically been shuttled freely around the world — a fact that the FBI has not explicitly accounted for. Until the security crackdown that followed the 2001 attacks, most labs readily sold anthrax strains — including the type linked to Ivins — to scientists doing research in other parts of the world. "Bruce, like most people in the lab, derived most of his strains from outside sources," says Jeffrey Adamovicz, a former bacteriology chief who worked with Ivins at Fort Detrick's U.S. Army Medical Research Institute of Infectious Diseases (USAMRIID) for 12 years. If the FBI has not investigated every one of those possible sources, in other words, it can't be certain that the path to Ivins is solid. No one but the FBI knows for sure.

Equally troubling, scientists say, is the complete lack of forensic evidence in the FBI dossier. Documents reveal, for instance, that investigators swabbed Ivins' home and cars for anthrax DNA and spores, but they don't say whether the subsequent lab tests linked those samples to the 2001 envelopes. "Until we see the details, who knows?" says Richard Spertzel, a bioweapons expert who worked at USAMRIID with Ivins. "There are too many loose ends."

Scientists also say that the FBI's recent bungling of certain high-profile investigations throws doubt on federal investigators' ability to understand scientific evidence. The most obvious and recent example is the agency's unwarranted fingering of Steven Hatfill in 2001 as a "person of interest" in the same attacks for which Ivins is now believed responsible. Hatfill's reputation was irreparably damaged by the accusation, which was never supported by concrete evidence. The government officially absolved Hatfill this month and awarded him $5.8 million in damages. "You have less confidence in how much [the FBI is] really sharing and how accurate this might be," says Henderson, who would like to see the FBI release its data to a neutral body, such as the National Academy of Sciences or the National Institute of Medicine, for review.

While even the staunchest critics of the FBI acknowledge that publicizing details about new technology may pose a national security risk, others insist that doing so and hastening a firm conclusion to the "Amerithrax" case would only make the country safer. "To know what challenge you're defending against is terribly important," says Henderson. Further, the FBI's technology may prove useful for other "benign reasons," such as in vaccine research or legal investigations involving poisoning, says Adamovicz.

Scientists' best hope to budge the FBI may be through Congress. Iowa Senator Charles Grassley and New Jersey Congressman Rush Holt — whose district is home to the Princeton, N.J., mailbox from which the FBI says Ivins mailed the anthrax letters — are pushing for a government inquiry into the FBI investigation. In an early indication of what Grassley may seek to accomplish, the Senator has composed 18 questions for the FBI and the Justice Department. Chief among them is a request for clarification of the timing of the FBI's scientific discoveries. In tandem with other facts of the case, Grassley says, that timeline could help determine how definitive the FBI's data is. "If top FBI officials knew in 2005 that the anthrax used in the attacks came from Dr. Ivins' lab, then why didn't they clear Dr. Hatfill until [Aug. 8]? Either they were unsure of the scientific evidence against Dr. Ivins, or they knew long ago that Dr. Hatfill was not the killer," Senator Grassley said in a statement to TIME. "Both possibilities are disturbing."

Representative Holt says his goal is to uncover enough physical evidence to satisfy those who doubt the FBI's conclusions about Ivins. "I don't want it to reside in the court of public opinion. Then we'll end up with something like the Lee Harvey Oswald case," says Holt in reference to the conspiracy theories that still dog the John F. Kennedy assassination. "There [will be] too many people in whose minds the case is never closed."

Congress is unlikely to begin hearings until it reconvenes in September. Holt, a former assistant director of the Princeton Plasma Physics Laboratory and the only scientist to sit on the House Intelligence Committee, expects the hearings to spark broader debate about the way the government handles certain scientific issues, including policy questions — such as how to ensure lab security — and a general attitude regarding the scientific method. "[The FBI] try to confirm their hunches, whereas a scientist tries to refute his or her own conclusions," says Holt. "The whole point of science is to publish it so that other people can tear it apart."

Bruce Ivins--"scapegoats for sale or rent"

Bruce Ivins--a rush to an accusation?

I will not be holding my breath....