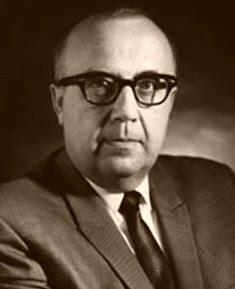 The New York Times
C. Lester Hogan, a pioneer in the electronics industry whose departure in 1968 from his job as a top executive at Motorola to one at Fairchild, taking along seven senior members of Motorola's semiconductor team, led to a celebrated lawsuit, died on Tuesday in Atherton, Calif. He was 88.

The cause was complications of Alzheimer's disease, said Benjamin Bilbro, a funeral counselor at Roller Hapgood & Tinney Funeral Home in Palo Alto, Calif.

Mr. Hogan exemplified the generation of brilliant scientists who emerged after World War II and applied their imaginations to the discoveries that became the computer revolution. At Bell Labs and at Harvard's physics department, he specialized in devices that amplify microwaves and in ferrites, the magnetic materials that made early computer memories work.

But his celebrity came from his success in leading Motorola's drive to become the most profitable semiconductor producer. That, in turn, led the Fairchild Camera and Instrument Company, also a semiconductor powerhouse, to recruit Mr. Hogan to be its president. After turning the job down several times, he accepted.

His value to both companies lay in his combination of scientific intelligence with a fierce commitment to marketing, unusual in a theoretical physicist. His ability to make brisk decisions in the belief that even a bad decision was better than no decision proved helpful in a fluid, fast-moving business.

Motorola was outraged at his departure and that he took seven semiconductor experts with him. Even though computer experts often jumped from company to company, Motorola sued for damages resulting from the talent loss. It also charged that its trade secrets had been jeopardized.

The affair was heightened by the 10 percent drop in the price of Motorola's stock immediately after the loss of Mr. Hogan, and the simultaneous 19 percent rise in Fairchild's.

Mr. Hogan's new compensation package, which included especially attractive stock options, led to a new phrase in the industry, "the Hogan." (An example: "That guy can’t be worth more than half a Hogan.")

Motorola lost its suit, but Fairchild lost the battle. In 1973, Judge William P. Copple, a federal judge in Arizona, ruled that Fairchild’s results were so unimpressive that it was impossible to assess damages "under any theory." Mr. Hogan was dismissed as president the next year, but remained as vice chairman.

Clarence Lester Hogan was born in Great Falls, Mont., where his father worked for the railroad; he hunted rattlesnakes and earned straight A's. He earned a degree in chemical engineering from Montana State University.

He decided to join the Navy, even though he said he could have avoided service by doing military work for an engineering company. He ended up working with Bell Labs' scientists developing an "acoustic torpedo" that found its target by following the sound of a ship. Though Bell Labs told him he could have a job whenever he wanted it, he chose to go to Lehigh University and complete a Ph.D. in 1950. He then rejoined Bell Labs, where he invented, during his first three months on the job, the microwave gyrator, a device that allowed electric devices to be made smaller. His salary was doubled.

Mr. Hogan in 1953 accepted the Gordon McKay professorship at Harvard, where he guided nine students to doctorates and got job offers at least once a month. In 1958, Motorola recruited him to be general manager of its semiconductor operation.

At the time, Motorola used most of its semiconductors in its own products. Mr. Hogan expanded sales so widely that by the late 1960s, the company was battling with Texas Instruments for industry leadership. He greatly reduced the number of factory rejects, helping his division post a $30 million profit. He expanded the number of employees around the world to 17,000, from 300.

Mr. Hogan insisted that the Motorola executives who accompanied him to Fairchild had all volunteered to come. Motorola refused to believe that he had not recruited them.

In an interview with the Silicon Genesis Project at Stanford, an effort to record pioneers of the semiconductor industries, Mr. Hogan mentioned personal qualities that had also proved critical in business. "If you want people to work for you and do a good job, you had to somehow make them like you," he said.

Mr. Hogan is survived by his wife, the former Audrey Biery Peters, and his daughter, Cheryl Lea Hogan.

Mr. Hogan read widely to find ideas, and said in the oral history interview that he hit upon the idea that became his invention of the gyrator from a serendipitous revelation in a magazine article. In 1967, Scientific American placed a large ad in The New York Times celebrating this quality.

The nerd and entrepreneur

Thank you Pamela for the correction notification.