FBI to release more data on anthrax case this week 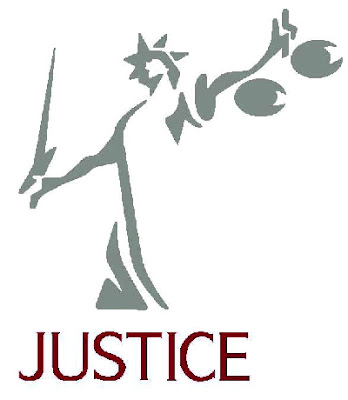 The third week of August will be when the FBI presents more hard data regarding the anthrax issue and their decision to charge Bruce Ivins in order to quell doubts and suspicions.

The New York Times
Growing doubts from scientists about the strength of the government’s case against the late Bruce E. Ivins, the military researcher named as the anthrax killer, are forcing the Justice Department to begin disclosing more fully the scientific evidence it used to implicate him.

In the face of the questions, Federal Bureau of Investigation officials have decided to make their first detailed public presentation next week on the forensic science used to trace the anthrax used in the 2001 attacks to a flask kept in a refrigerator in Dr. Ivins's laboratory at Fort Detrick, in Maryland. Many scientists are awaiting those details because so far, they say, the F.B.I. has failed to make a conclusive case.

"That is going to be critically important, because right now there is really no data to make a scientific judgment one way or the other," Brad Smith, a molecular biologist at the Center for Biosecurity at the University of Pittsburgh Medical Center. "The information that has been put out, there is really very little scientific information in there."

F.B.I officials say they are confident that their scientific evidence against Dr. Ivins, who killed himself last month as the Justice Department was preparing an indictment against him, will withstand scrutiny, and they plan to present their findings for review by leading scientists. But the scrutiny may only raise fresh questions.

The bureau presented forensics information to Congressional and government officials this week in a closed-door briefing, but a number of listeners said the briefing left them less convinced that the F.B.I. had the right man, and they said some of the government’s public statements appeared incomplete or misleading.

For instance, the Justice Department said earlier this month in unsealing court records against Dr. Ivins that he had tried to mislead investigators in 2002 by giving them an anthrax sample that did not appear to have come from his laboratory.

But F.B.I. officials acknowledged at the closed-door briefing, according to people who were there, that the sample Dr. Ivins gave them in 2002 did in fact come from the same strain used in the attacks, but, because of limitations in the bureau’s testing methods and Dr. Ivins's failure to provide the sample in the format requested, the F.B.I. did not realize that it was a correct match until three years later.

In addition, people who were briefed by the F.B.I. said a batch of misprinted envelopes used in the anthrax attacks — another piece of evidence used to link Dr. Ivins to the attacks — could have been much more widely available than bureau officials had initially led them to believe.

Representative Rush Holt, the New Jersey Democrat who has followed the anthrax case closely and requested this week's briefing from the F.B.I., said in an interview that he was not ready to draw any firm conclusions about the investigation. But he said: "The case is built from a number of pieces of circumstantial evidence, and for a case this important, it's troubling to have so many loose ends. The briefing pointed out even more loose ends than I thought there were before."

Naba Barkakati, an engineer who is the chief technologist for the Government Accountability Office and who also attended this week's briefing, said of the F.B.I.'s forensics case against Dr. Ivins: "It's very hard to get the sense of whether this was scientifically good or bad. We didn't really get the question settled, other than taking their word for it."

The bureau's lab work has come under sharp criticism in recent years for problems over DNA analysis, bullet tracing and other important forensic technology. In 2004, the laboratory mismatched a fingerprint taken from the Madrid terror bombings to a lawyer in Portland, Ore., Brandon Mayfield, who was then arrested. He won a $2.8 million settlement.

With the main suspect in the anthrax killings now dead, F.B.I. officials say they realize they will again face tough scrutiny over the strength of their scientific evidence against Dr. Ivins. Indeed, conspiracy theories are already flourishing on many Web sites, with skeptical observers asking whether the Maryland scientist was set up to take the fall for the attacks or, worse yet, was a murder victim. The fact that the bureau pursued another scientist, Steven J. Hatfill, for years before agreeing to pay $4.6 million to settle a lawsuit he had filed and then later exonerating him has only fueled the skepticism.

"Do you believe Bruce Ivins was responsible for the anthrax attacks?" The Frederick News-Post, the hometown newspaper in Fort Detrick, asked its readers this week. (Of those who responded, 34 percent said no, compared with 26 percent who said yes.)

In its case against Dr. Ivins, the F.B.I. developed a compelling profile of an erratic, mentally troubled man who could be threatening and obsessive, as in his odd fascination with a sorority from his college days. But investigators were never able to place him at the New Jersey mailboxes where the anthrax letters were dropped, and the case against him relied at its heart on the scientific evidence linking the anthrax in Dr. Ivins's laboratory to the spores used in the attacks.

It took the F.B.I. several years to develop the type of DNA testing that allowed them to trace the origins of the "attack strain," as it was called, and they concluded that the anthrax that Dr. Ivins controlled was the only one of more than 1,000 samples they tested that matched it in all four of that strain's genetic mutations.

Dwight Adams, a former director of the F.B.I. laboratory who was deeply involved in managing the anthrax genetic research until he left the bureau in 2006, said he was confident that the groundbreaking forensic effort would be validated by the broad scientific community.

Recalling the early skepticism that a genetic fingerprint of an anthrax could ever be obtained, Mr. Adams said, "I think the bureau and the national assets, including the national labs and others, that were applied as a team can very easily defend what they did and the results."

But had Dr. Ivins lived and faced trial for the anthrax killings, Thomas M. DeGonia II, one of his lawyers, said his legal team would have quickly tried to have the genetic testing of the anthrax strains thrown out of court as unreliable. The type of testing the F.B.I. developed, he said "has never been proven or tested by the courts."

Even if a jury had heard evidence about the genetic testing, Mr. DeGonia said the lawyers would have tried to show that many other scientists had access to that same strain of anthrax. He said the fact that the Justice Department had Dr. Ivins under investigation for perhaps two years or longer — and that it was executing search warrants in the case even after his death — suggests that the department itself had doubts.

"It’s interesting that they're still attempting to gather evidence," he said, "if the case is as strong as they say it is."