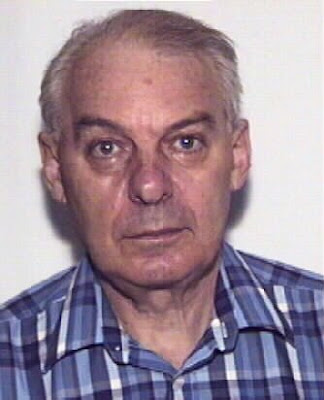 The Los Angeles Times
Philip Geoffrey Saffman, the former Theodore von Karman Professor of Applied Mathematics and Aeronautics at Caltech and a leading expert on vortex dynamics -- the study of how liquids and gases of varying densities and viscosities interact -- died Sunday in Pasadena after a long illness. He was 77.

This work was key to helping the oil industry develop the best methods to recover oil in trapped basins, where water or steam must be injected to force the oil to the surface.

Saffman also made major contributions to the understanding of vorticity, which is the way ships and airplanes move through water and air, respectively.

In particular, he developed a precise mathematical understanding of wake turbulence caused by jets during takeoff. That analysis helped uncover the conditions that contributed to several aircraft accidents, including a Delta Air Lines crash in Dallas in August 1985, when the flight crew tried to land in a thunderstorm.

Saffman's work helped convince airlines and airports that they must allow a minimum amount of time to pass between takeoffs to let the wake turbulence of the preceding jet to subside.

"He really was one of the leading figures in fluid mechanics," said Dan Meiron, a professor of applied and computational math at Caltech. "He had an impact in almost every field of the science."

Despite his revolutionary effect on the field, he was an understated man with a dry sense of humor whose approach to his work was very simple, Meiron said.

No matter how complex the problem seemed, Saffman found a way to reduce it to its simplest elements and work from there.

"He didn't want to work on what he called the kitchen sink," Meiron said. "He really was about the basics."

Saffman was born in Leeds, England, on March 19, 1931, and earned his bachelor of arts, master of arts and doctorate at the University of Cambridge. In 1964, he was appointed a professor of fluid mechanics in Caltech's Division of Engineering and Applied Science. He was named the Von Karman professor in 1995.

Saffman was a fellow of the American Academy of Arts and Sciences, and in 1988 was elected a fellow to the Royal Society, Great Britain's premier scientific organization. He also received the Otto Laporte Award from the American Physical Society.

Saffman served as associate editor of the Journal of Fluid Mechanics and Physical Review Letters. He most recently was an editorial board member for the journal Studies in Applied Mathematics.

He is survived by his wife, Ruth; three children, Emma, Louise and Mark; and eight grandchildren.

[To Pamela...if you know of an older photograph, let me know.]
Posted by Mercury at 9:31 AM

This list is becoming depressing....this leaves the younger generation with some mighty big shoes to fill