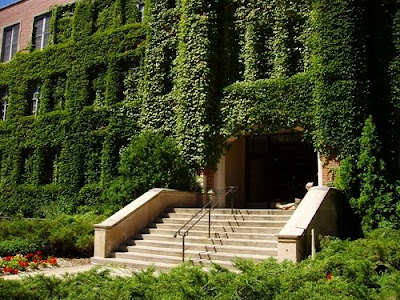 The Boston Globe this morning reported that Massachusetts's schools of higher education have "...received nearly 15 percent more financial aid applications over the first half of 2008, compared to the same period last year...." This no doubt is indicative of other states as well and money is getting very tight. For the well-qualified students a fierce fight for funds is putting a huge strain on lending institutions and families. Fewer funds and higher interest rates will probably initiate future woes for paybacks and strain budgets. A solution? Perhaps a trimming of university expenses. Maybe return to a truly liberal education arena of learning?

"Many more ask colleges for aid"

The Boston Globe
Facing a sputtering economy and escalating tuition, college students are applying for financial aid in surging numbers, the latest sign of tough times buffeting the nation's campuses.

Public colleges and universities in Massachusetts received nearly 15 percent more financial aid applications over the first half of 2008, compared to the same period last year, a striking jump that surpassed the expectations of college officials. Some private institutions - notably Harvard University, Amherst College, Williams College, and Northeastern University - experienced even sharper rises, according to recent statistics from the US Department of Education.

College administrators and education advocates said the increase illustrates the strain families are experiencing in paying for college as they confront falling home values and growing everyday expenses.

"Broadly, this is about the economy," said Seamus Harreys, dean of student financial services at Northeastern, where aid applications rose 19 percent in the period.

"The cost of borrowing is up, and there is growing concern about individual financial circumstances," Harreys said. "Parents and students across the board are feeling the pinch."

The figures show how many students filed the federal financial aid form, the Free Application for Federal Student Aid. The form is the first step in applying for financial aid and student loans from the government and from individual colleges. Colleges use the information to determine how much families should contribute toward college costs.

This year, economic woes and turbulence in the private student loan market have made it harder for families to pay for college, prompting more to apply for financial aid and government-backed student loans, financial aid officers said.

Aid applications increased 16 percent for students at the University of Massachusetts at Amherst, 21 percent at Boston University, 46 percent at Amherst College, and 40 percent at Williams. According to federal data, applications soared 65 percent at Harvard, which last year announced a major expansion of its financial aid program to families well up the income ladder.

College administrators said several factors other than the economy have contributed to the rise in applications. They cited increases in student loan limits and expanded eligibility for government grants and an overall rise in college admission applications.

"We have made it a priority to reach out to students who are bright but don't have the resources," said Joe Paul Case, Amherst College's director of financial aid.

Nationally, about two-thirds of full-time undergraduates receive some grants, often sharply reducing the listed price. For example, at Amherst College, which pledges to meet students' full financial need and which has eliminated loans from aid packages, the average award is $35,000. The annual cost to attend is about $50,000.

But the vast majority of colleges award too little aid to cover total costs, forcing families to tap more of their savings and students to work or to take out more in loans.

Many of those families have asked colleges to sweeten their financial aid packages.

"It has put some stress on us, but we're trying to meet it the best we can," said Peter Giumette, dean of student financial services at Brandeis University, which, through June, had received nearly 1,000 additional applications, a 20 percent increase from last year. "We have limited resources ourselves."

Like many administrators, Giumette said he and his staff had met throughout the summer with parents appealing the college's award decisions. Despite daunting tuition, families can generally cobble together the money they need through financial aid and loans, he said, although the interest rates of private educational loans are less favorable than before.

Some of the increase in financial aid applications also appears to be psychological, administrators said. Families who in the past might have dipped into their savings more aggressively or taken out a second mortgage are now applying for federal loans. Others are following the advice of financial aid administrators, who said that no matter what the odds, there is no downside to applying.

"We tell them 'You can't win the lottery unless you buy a ticket,' " Giumette said.


Student loans--going, going, gone!
Posted by Mercury at 5:33 AM