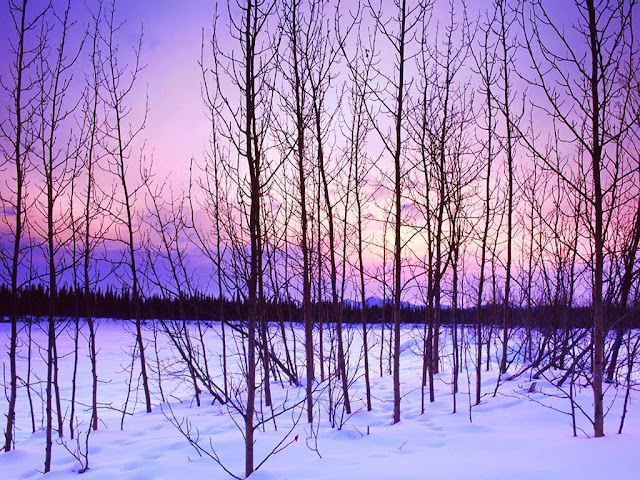 A short day of freezing rain, then snow...argh!

Today is one of those days when I will deviate from the usual Pluto-centered entries to honor an occasion that has profound meaning for me and for many on this planet—the Winter Solstice, the original reason for the December holidays, though reversed in the Southern Hemisphere.

We hear a lot about miracles at this time of year. One powerful reason for this is that those of us in the Northern Hemisphere experience and take part in the greatest miracle of all—the return of the light after a long period of increasing darkness.

Long before anyone knew that the Earth orbits the Sun and that its axial tilt is the cause of our seasons, people dreaded the end of summer and the onset of darkness and cold. When there is no central heating and no possibility of growing one’s own food, survival is in question. As the Sun’s strength appeared to wane following the Autumn Equinox, people’s fears and anxieties increased as they faced the looming lean winter season.

Today, so much of the holiday season has become disconnected from the Winter Solstice, and much of the atmosphere of December focuses on what divides us instead of on what unites us. At a time when our actions are plunging us toward mass extinctions and environmental catastrophe, when we desperately need to reconnect with our planet and its web of life, we instead worship money and material things, which ironically are responsible for this disastrous course.

As an actress, I had a lot of outdoor performing gigs this year, and one of the benefits of this was the chance to reconnect with our planet and its seasonal rhythms. From rehearsing in winter coats in early spring, waiting impatiently for the warmth and the budding of new leaves, to all-day Renaissance fairs at the height of the Sun’s power, to an outdoor film set for three days in bright sunlight and 95-degree temperatures, to five weeks at a Halloween theme park along a trail, watching nature slowly go into dormancy, I experienced the year and each season of it vividly, profoundly, and powerfully.

The death part of the cycle, from late September to early November, was more serene than scary. Even though I was dressed as a ghost with white face paint along a haunted trail full of animatronics and fake monsters, what was most real was the sense of Earth going to sleep, which I could actually feel as I sat on the ground waiting to jump out and scare the next person.

When one has the opportunity to be one with nature, to feel the seasonal changes on a deep, intuitive level, it becomes a lot harder to take part in activities that harm the precious Earth with which we bonded.

That is why our society and so many people could benefit from celebrating the seasons as a way to understand, not just on a rational level, but on an experiential one, that we are not separate from the Earth, that, as one song states, “We live as she lives; we die as she dies.”

Myths and symbolism are another path toward attaining that understanding. Even though we know the Sun doesn’t change on our shortest day, the ancient story in which the Sun dies only to be reborn and begin a new cycle at the Winter Solstice, speaks powerfully to us with hope, affirming that there is no end to life, only an end to one cycle and the beginning of another.

An old Jewish legend says that Adam and Eve were created at the Autumnal Equinox, when the lengths of day and night were equal. However, they soon noticed that the daylight was diminishing more and more, and they began to seriously fear that the Sun would die, and the world would once again be plunged into formlessness and void.

When it appeared things couldn’t get any worse, Adam desperately prayed to God, who responded by telling him, wait and watch for three days, and after that, celebrate for seven days. He didn’t know what that meant but followed God’s instructions anyway. And on those three days, the Sun appeared to stand still, its southward movement stopped.

On the fourth day, the miracle happened. The Sun began to move again, but this time, it reversed course, moving northward. The days began getting longer. And Adam and Eve understood that the path of the Sun is a cycle, and such is the way of the world. And they celebrated for seven days, as people have done for thousands of years to this very day.

I am not a creationist or literal believer in the Bible or in any myth, but at the same time, I recognize symbolic truth hidden in these stories. From the beginning, human beings experienced the increasing darkness in fall, and felt the anticipatory terror followed by intense joy when the Sun appeared to return, bringing new light and warmth, the promise of spring.

Twenty-first century humans can be scientifically literate and still retain spirituality, the sense of the transcendent. Celebrating the Winter Solstice offers us this gift. To truly receive it, we need to get out of the malls and step into nature.

As our ecosystems face unprecedented collapse, as our planet faces the increasing perils of global warming and toxic pollution, we would do well to remember this, to understand beyond words that we are a part of the web of life and that whatever we do to that web, we do to ourselves.


“We’ll count all our blessings while the Mother lays down
With snow as her blanket, covering the ground.
Thanks to the Mother for the joy that she brings;
She’ll waken to warm us again in the Spring.”

“A Fire Is Burning,” a Winter Solstice song
Posted by Mercury at 5:32 AM