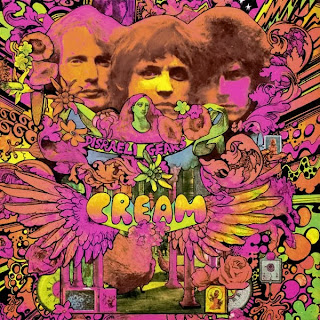 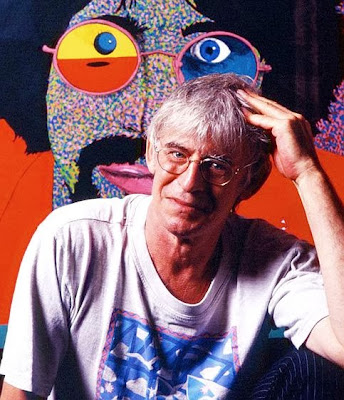 Psychedelic and pop art iconoclast, Sharp was an artist who stared into the universe and it winked back

Martin Sharp, the artist, filmmaker, designer and cartoonist, has died, aged 71. Much loved for his tenacious embodiment of the bohemian freedom of the 1960s, Sharp came to symbolise the era: he was a living connection to the group of expats who had made a ripple in the waters of swinging London, an artist who created psychedelic posters, magazine and album covers.

In the early 1960s, Sharp studied at the National Art School and for a brief time in the architecture department of Sydney University. A naturally gifted cartoonist, Sharp was also adept at causing controversy: a 1964 cartoon for University of NSW student magazine Tharunka resulted in the prosecution of its editors for obscenity.

In 1962, Sharp began work on Oz, an underground magazine he co-founded with Richard Neville and Richard Walsh. As its art director, Sharp created its trademark anti-establishment look and also contributed to the magazine – his satirical poem The Word Flashed Around The Arms, and a cover showing Neville and two friends pretending to urinate into a Tom Bass fountain, ultimately brought about the magazine’s demise. Prosecuted for obscenity, Neville and Walsh were sentenced to six months’ jail with hard labour and Sharp to four months. All three were released on bail pending an appeal, and were eventually acquitted.

Although Sharp initially spent just two years in London with Neville from 1967, the Oz, relaunched in the UK in 1967, became an iconic underground magazine of the late '60s. While in London, Sharp lived in a large palatial house in Chelsea, a home for the suburb’s bohemian art and rock scene. Sharp co-wrote the lyrics to Cream’s classic Tales of Brave Ulysses with housemate Eric Clapton and designed covers for the band’s Disraeli Gears and Wheels of Fire. Back in Sydney in 1970, Sharp established The Yellow House in Kings Cross, part share-house, part-alternative gallery, where exhibitions of paintings, sculptures, installations and happenings by Sharp and others were staged.

Sharp’s redesign of Luna Park in 1979 cemented his reputation as one of Australia’s leading pop artists, mixing psychedelic colours and icons with imagery derived from vaudeville and silent cinema. Sharp’s obsession with hippie-era vaudeville revivalist Tiny Tim, an unlikely participant in Woodstock and purveyor of novelty tunes, resulted in a decade-long effort to make Street of Dreams, a film about Tim and Luna Park, which was eventually screened at the Sydney Film Festival in 1988.

Another of Sharp’s obsessions was Arthur Stace, an ex-alcoholic who obsessively chalked the word Eternity onto Sydney’s footpaths during the 1950s and '60s. The word in its unmistakable rendering appeared in numerous Sharp paintings and prints and helped make Stace and his strange mission a part of Sydney official history. Sharpe continued to work as a painter during the '80s and '90s, but his output became sporadic. He was honoured with a number of recent survey exhibitions and retrospectives staged in various museums around the country.

Much of Sharp’s work was in commercial or semi-commercial contexts but this didn’t detract from their appeal: his posters for Nimrod Theatre are classic late 20th century pop art. Sharp was an iconoclast and, according to some who knew him, a wilful and obstinate dreamer, given to free association ramblings. A former enthusiast of LSD and nicotine, it was the smoking that finally did him in – he died of emphysema. The curious cultural collisions of Sharp’s work were produced by a time that will never come again but will live on through his work. Sharp stared into the universe and it winked back.

He was born in Sydney in 1942 and after leaving the private Sydney boys' school Cranbrook, Sharp studied at the National Art School in East Sydney. He and fellow artist Garry Shead helped start an unofficial student newspaper at the school called The Arty Wild Oat.

He came to prominence in the Sixties after founding the famed Oz magazine with Richard Neville and Richard Walsh. The trio were twice charged with printing an obscene publication and a 1964 cover, showing Neville and two friends seemingly urinating on a sculpture, provoked fierce controversy.

Once his convictions were overturned on appeal in 1966, Sharp moved to London where he and Neville established London Oz along similar lines. In 1969, Sharp withdrew from the magazine and his place was taken by Felix Dennis.

Sharp would listen to music when he painted and was a Dylan fan. "He's singing about things which people didn't used to sing about, you know, moral issues and songs about the racial problems," Sharp said, "and The Times They Are a-Changin of course is a very dramatic song for those days, and still very valid. An amazing figure I think."

He was a friend of Eric Clapton (the pair lived in the same house in Chelsea for a time) and recalled: "Eric asked me to design the cover for Disraeli Gears. I loved record cover art and was very happy to do it. I was using fluorescent paints at the time. It was the height of psychedelia. Some of the ingredients in the cover are made up from Victorian decorative engravings. It was done in black and white first and then painted with fluorescent colours. I tried to capture the warm joyful liveliness of Cream's songs."

The artist was also outspoken in the causes of civil liberties and Aboriginal rights, saying once: "Art has been my way of having a say".

Sharp lived in Sydney for the final four decades of his life and among his work was one of the versions of the iconic clown's face entrance to Sydney's Luna Park. A fatal fire in the park's ghost train in 1979, in which six children died, changed his outlook on religion and made him a firm believer in God.

Martin Sharp [Wikipedia]
Posted by Mercury at 11:43 AM