The Library of Congress and silent films 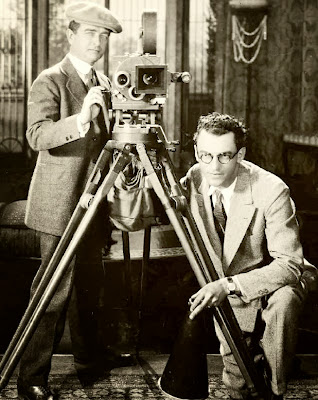 The report commissioned by the National Film Preservation Board pinpoints the number of works that have survived. Some movies have been found abroad.

A new study by the Library of Congress reveals some disquieting facts about the country's early film heritage.

Of the nearly 11,000 silent feature films that were produced and distributed in the United States from 1912 to 1929, the report says, only 3,311 are known to exist today — and fewer than half of those, 1,575, exist in their original 35mm release format. The others are either incomplete or survive only in foreign versions or lower-quality formats such as 28mm or 16mm.

Previous studies have documented how many silent feature films were produced in the U.S. during that period. But the Library of Congress report being released Wednesday — "The Survival of American Silent Feature Films: 1912-1929," commissioned by the National Film Preservation Board —is said to be the first definitive study pinpointing how many of these films survived and where elements are located in the world's film archives and with private collectors.

There are many reasons why the majority of silent films have been lost: the deterioration of highly volatile nitrate stock, fire, negligence, the destruction of prints and negatives. Among those that are gone are such noted films as Tod Browning's "London After Midnight" (1927), starring Lon Chaney; the 1926 version of "The Great Gatsby," starring Warner Baxter; and all four of Clara Bow's features produced in 1928.

Lost silent films, though, are still being discovered. Mary Pickford's 1911 short "Their First Misunderstanding" was recently found in an old barn and preserved by the Library of Congress. And it was announced in 2010 that 75 American silent films had been discovered at the New Zealand Film Archive, including John Ford's lost 1927 "Upstream," and repatriated to the major archives — the Library of Congress, the Academy Film Archive, UCLA Film and Television Archive, the George Eastman House and the Museum of Modern Art.

In fact, the survey points out that of the 3,311 films that survive in any form, 886 were discovered in other countries — 24% of them have been repatriated — with the Czech Republic holding the largest collection of silent American films outside of the United States.

The study was written by historian-archivist David Pierce, who also has created an inventory database of information on archival, commercial and private holdings that, according to the study, will aid in repatriation of lost American films. The survey is one of several Congressionally mandated studies of America's film and recorded sound heritage.

"Unfortunately, there is so much that's already been lost," said Steve Leggett, program coordinator for the National Film Preservation Board of the Library of Congress. "But this study identifies some that are around. You really just don't know sometimes until you get over to these [international] archives — there may be other stuff unidentified because it's in a different language or they put American films aside because they focus on their own countries' output. So hopefully, there are some more gems."

The study, he said, gives a "snapshot of what the current situation is — just to get a list of what titles we think survive and where they are. We are not going to be able to afford to get all of them, but to prioritize some of the titles you might want to get."

On the set: movies and TV

"This report is invaluable because the artistry of the silent film is essential to our culture," Oscar-winning director Martin Scorsese, who also is a film preservation advocate and has helped preserve countless films through the Film Foundation, said in a statement.

"Any time a silent picture by some miracle turns up, it reminds us of the treasures we've already lost," said Scorsese. "It also gives us hope that others may be discovered. The research presented in this report serves as a road map to finding silent films we once thought were gone forever and encourages creative partnerships between archives and the film industry to save silent cinema."

"The Survival of American Silent Feature Films: 1912–1929" by David Pierce

Reviews of the Rare and Obscure
Posted by Mercury at 6:02 AM