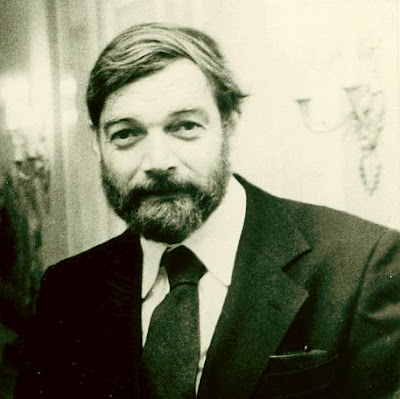 At Pantheon Books, Schiffrin championed serious authors such as Studs Terkel. He was seen as a hero for quality over profits.

When André Schiffrin was fired in 1990 as editor in chief of Pantheon Books, it was regarded as a loud shot in the war between commercialism and quality in American publishing. There were protests by noted authors, including Studs Terkel and Kurt Vonnegut, and op-ed pieces that painted a pessimistic view of the industry.

In response, Schiffrin's bosses pointed out that Pantheon had lost $3 million in his last year at the helm. His ouster ended a nearly three-decade career at the prestigious imprint, where he had worked with such writers as Jean-Paul Sartre, Marguerite Duras and Gunter Grass.

Schiffrin, who later founded the nonprofit New Press, died Sunday in Paris of pancreatic cancer. He was 78. Through his final days he had continued to seek out authors, dividing his time between New York and Paris as founding editor and editor at large, New Press Publisher Ellen Adler told the Associated Press.

His fight with Pantheon divided the world of letters. His critics, including many former colleagues, called him out for his lack of fiscal responsibility, while others cheered his prescient condemnation of American book publishing's increasing emphasis on the bottom line.

"[W]hat a hero that fight with conglomerate publishing made him to so many publishers, particularly a generation of small independent publishers," Dennis Johnson, co-founder of New York's Melville House Books, wrote in a tribute Monday. "No one did so much, in fact, to define the term independent publisher coming into the 21st century."

Schiffrin was a culture warrior from the beginning. The son of a Jewish publisher, he was born in Paris in 1935 and fled with his family to the United States during World War II. His father, Jacques, helped fellow exiles Helen and Kurt Wolff build Pantheon in New York, dying in 1950 when his son was 15.

After attending Yale and Cambridge, Schiffrin followed in his father's footsteps, becoming an editor at Pantheon in 1962 when he was 26. He was named editor in chief in 1963 and managing director in 1969.

It was Schiffrin who suggested that Terkel write "Division Street: America," the 1968 book that established Terkel's reputation as a master of oral history. Under Schiffrin's leadership, Pantheon published several more books by Terkel, including his 1985 Pulitzer Prize-winning "The Good War: An Oral History of World War II."

During the Vietnam War, Schiffrin signed a pledge refusing to pay taxes to support the military effort, seeing the publisher's role primarily as one of engagement. Books, in other words, were not commodities so much as expressions of creativity and conscience, and publishing was less a business than a public trust.

The contretemps caused by his split with Pantheon made headlines across the country and abroad, including in the London Guardian, which called his firing "the biggest upset in American publishing since Salman Rushdie."

Most of Pantheon's senior editors quit in protest, and 350 authors, literary agents and others protested outside Random House, which owned Pantheon. A number of highly regarded authors left the imprint, including Terkel, "The Simpsons" creator Matt Groening and "Maus" author Art Spiegelman.

In his later years, Schiffrin wrote a series of books, including the 2007 memoir "A Political Education: Coming of Age in Paris and New York." But perhaps his most resonant work remains "The Business of Books: How the International Conglomerates Took Over Publishing and Changed the Way We Read."

Released in 2000, "The Business of Books" offered a look back at his career as well as a critique of contemporary publishing, in which books "have become mere adjuncts to the world of mass media, offering light entertainment and reassurances that all is for the best in this, the best of all possible worlds."

He founded New Press in 1992 with funding from several sources, including the MacArthur Foundation and the Rockefeller Brothers Fund. He described it as "a new structure for publishing in much the same way that PBS created an alternative to commercial television." Publishing about 50 books a year, it specializes in contemporary social issues, including race relations, women's issues and education reform.

Schiffrin acknowledged that running a nonprofit press was a struggle. "People say, 'What are you most proud of?'" he said in a 2007 interview with the Chicago Tribune, "and I say it is surviving. Because there was never an assuredness that we would do so."

"André Schiffrin, Publishing Force and a Founder of New Press, Is Dead at 78"

André Schiffrin, a publishing force for 50 years, whose passion for editorial independence produced shelves of serious books, a titanic collision with a conglomerate that forced him out to stem losses, and a late-in-life comeback as a nonprofit publisher, died in Paris on Sunday. He was 78.

The cause was pancreatic cancer, his daughter Natalia Schiffrin said.

The son of a distinguished Paris publisher who fled Nazi-occupied France during World War II, Mr. Schiffrin grew up in a socialist New York literary world and became one of America’s most influential men of letters. As editor in chief and managing director of Pantheon Books, a Random House imprint where making money was never the main point, he published novels and books of cultural, social and political significance by an international array of mostly highbrow, left-leaning authors.

But in 1990, after 28 years at Pantheon, Mr. Schiffrin was fired by Alberto Vitale, the chief executive of Random House, in a dispute over chronic losses and Mr. Schiffrin’s refusal to accept cutbacks and other changes. His departure made headlines, prompted resignations by colleagues, led to a protest march joined by world-renowned authors, and reverberated across the publishing industry in articles and debates.

Many in publishing spoke against the dismissal, calling it an assault on American culture by Random House’s billionaire owner, S. I. Newhouse Jr., who was accused of blocking a channel for contrary voices in favor of lucrative self-help books and ghostwritten memoirs for the sake of the bottom line. Mr. Schiffrin was conspicuously silent, his severance package barring him for a time from discussing the issue publicly.

But Mr. Vitale and others in publishing called his dismissal an inevitable result of Pantheon’s losses, which Mr. Vitale said reached $3 million in Mr. Schiffrin’s final year, and his refusal to adjust his list to turn the imprint around. In an Op-Ed article in The New York Times, Erroll McDonald, Pantheon’s executive editor, disputed what he called the “sense of entitlement” by those protesting Mr. Schiffrin’s dismissal. He said Pantheon would continue to publish serious books.

The contretemps over cultural integrity versus business imperatives had been building for years. While Pantheon accounted for a small percentage of Random House’s revenues, it had always had a special place within the company. Bennett Cerf, a founder of Random House, regarded it as a vehicle for distinguished rather than lucrative books. But mounting losses in the 1980s had eroded the corporate magnanimity.

In 1992, Mr. Schiffrin and Diane Wachtell, a former Pantheon editor, founded the New Press as an independent, nonprofit publisher of books “in the public interest,” funded by major foundations. He likened it to public television and radio, a house to supplement university presses in publishing riskier books. The enterprise flourished, and Mr. Schiffrin, its editor in chief for more than a decade, remained as founding director and editor at large until his death.

The author of several books of his own, Mr. Schiffrin offered a gloomy assessment of publishing in his polemical memoir, “The Business of Books: How International Conglomerates Took Over Publishing and Changed the Way We Read” (2000).

“Books today have become mere adjuncts to the world of mass media, offering light entertainment and reassurances that all is for the best in this, the best of all possible worlds,” Mr. Schiffrin wrote. “The resulting control on the spread of ideas is stricter than anyone would have thought possible in a free society.”

André Schiffrin was born on June 14, 1935, in Paris to Jacques and Simone Heymann Schiffrin. His father, a Russian émigré, founded La Bibliothèque de la Pléiade, which published editions of the classics, and in 1941 fled from the Nazis with his family and settled in New York, where from 1943 until his death in 1950 he was editor and vice president of production at Pantheon Books.

André grew up in a multicultural household, immersed in languages and literature and a milieu of Jewish socialist intellectuals. He worked summer jobs at Pantheon, a prestigious house founded in 1942 by the German émigrés Kyrill S. Schabert and Kurt and Helen Wolff, and knew the book list “the same way another boy would know the stock of his father’s candy store,” a Book World profile said.

After graduating with high honors and a degree in history from Yale in 1957, Mr. Schiffrin studied at Clare College, Cambridge University, where he became the first American to edit Granta, then the school’s literary journal, and earned a master’s degree with highest honors in 1959.

In 1961, Mr. Schiffrin married Maria Elena de la Iglesia, known as Leina. Beside his wife and daughter Natalia, Mr. Schiffrin is survived by another daughter, Anya Schiffrin, a journalist married to the Nobel-winning economist Joseph Stiglitz; and three grandchildren.

In 1962 Mr. Schiffrin joined Pantheon, which had been bought by Random House a year earlier. He edited his first best seller, “The Tin Drum” by Mr. Grass, shortly after his arrival. He became editor in chief in 1963 and managing director in 1969, often subsidizing important works with profits from commercially successful books.

In 1980, after Random House was acquired by Mr. Newhouse’s Advance Publications, Pantheon and other Random House units came under increasing pressure to raise their profit margins. In 1990, Random House said Mr. Schiffrin was “asked to resign after he refused to reduce the number of titles published or to trim Pantheon’s 30-member staff.”

In the ensuing uproar, Pantheon authors and others called his ouster corporate censorship. E. L. Doctorow, accepting a National Book Critics Circle Award for “Billy Bathgate,” said of Random House, “Even if no censorship was intended by its application of its own bottom-line criteria to its Pantheon division, the effect is indeed to still a voice, to close a door against part of the American family.”

But scores of Random House editors and publishers defended the company, insisting that they too opposed corporate censorship and denying that they — or Pantheon — had been subjected to it. In a statement, they said, “We have preserved our independence and the independence of our authors by supporting the integrity of our publishing programs with fiscal responsibility.”

At the New Press, Mr. Schiffrin published best-selling fiction and books on race relations, civil rights, AIDS, black culture, history, economics, the environment, feminism and other subjects. He wrote for The Nation, The New Republic and European magazines and was the author of “A Political Education: Growing Up in Paris and New York” (2007) and “Words and Money” (2010), in addition to his memoir. Mr. Schiffrin taught at Princeton and the New School in New York. He served on the boards of the New York Civil Liberties Union, the Council of the Smithsonian Institution and the New York Council on the Humanities. Since 2005, he and his wife divided their time between homes in Manhattan and Paris.

Interview
Posted by Mercury at 11:12 AM