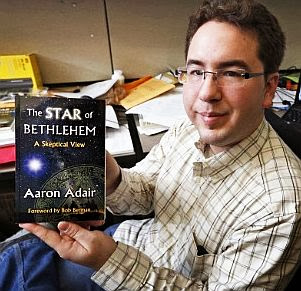 Aaron Adair received his first taste of the Star of Bethlehem mystery when he worked as a planetarium-show presenter while an undergraduate student at Michigan State University.

A decade later, after exploring dozens of star theories dating back centuries, he’s a skeptic.

In the newly published The Star of Bethlehem: A Skeptical View, the Ohio State University scholar says the star was most likely the literary creation of the author of the Gospel of Matthew, meant to convey a message of salvation.

None of the other hypotheses he has encountered can explain it, Adair said, and at least one — that the star was a “fantastic” conjunction of Jupiter and Venus in either 3 or 2 B.C. — would have to change history to fit the story.

“I found out that pretty much all the hypotheses failed to really conform to what the Gospel actually said,” noted Adair, who has a master’s degree in physics and a doctorate in physics education at Ohio State.

The story, told only in Matthew, says the star appeared upon Jesus’ birth and guided wise men, or magi, from the East to worship him.

“A lot of the literature of the time is ultimately not to say what happened but is ultimately some sort of symbolic tale,” Adair said. “It’s supposed to be an important legend or myth that ... tries to explain points of theology in the way of storytelling.”

The so-called star, from early on, was thought to have been something other than a star as we now define it, said the Rev. Scott Carl, an assistant professor of Scripture at St. Paul Seminary School of Divinity at the University of St. Thomas in Minnesota. Various theories have been presented, from a super nova to a comet to some sort of planetary motion, said Carl, a Catholic priest who said he has not read Adair’s book.

“There are also some who will say, given its nature, perhaps it wasn’t a star as such or even something with a naturalistic explanation,” he said. “Perhaps it was an angel or perhaps a coordination that started as a natural formation, then an angel assisted.”

Some scholars, he said, are reconsidering the date of death for Herod the Great, who ruled over the Jews at the time of Jesus’ birth. He is widely believed to have died in 4 B.C., but there is some research into whether he died three years earlier, a change that also would change the year of Jesus’ birth and give more credence to planetary explanations for the star.

Carl said he’s inclined to believe that something unusual attracted the magi, and he believes theologians and other researchers should “at least keep the question open.”

“To say it’s something that’s solved, that would be too neat,” he said. “We should be careful not to make absolute opinions in matters that we don’t have as much data as we’d like to make such judgments.”
Brett Ellman, an associate professor of physics and planetarium director at Kent State University, said the fact that the star in Matthew is not referenced in any of the other Gospels leaves researchers ill-equipped.

“Since there is very little ‘evidence’ to go by ... there seems to me to be no reliable way to ever really account for either its cause or, indeed, its reality,” he said.

“Of course, matters of religion are often outside the purview of science — if one chooses to believe in something based on faith, they generally do not require a real-world explanation.”

Ellman said he is not familiar with Adair’s work but that the so-called star certainly could have been an allegory used as a teaching or mnemonic tool for early adherents to Christianity.

“Just as it might have been many other things,” he added. “There is nothing like a lack of evidence to generate a plethora of theories.”

Although Adair said his theory might upset some believers, others came to the same conclusion years ago, and he’s simply trying to encourage the scientific community to catch up. He’s not a believer himself, but it is not his goal to undercut religion with his book, he said. “Saying one particular story is false hardly proves the non-existence of any God.

“It’s a way of reimagining the faith and getting back to something a little more original, re-understanding the intent of the author rather than imposing what many moderns want — that they want every i dotted and t crossed about what really happened, and if anything is false to throw the thing away,” he said.

Regardless of the explanation, Carl said, the Gospel story of the magi following a star to find the newborn Christ gives the sense that Jesus, being adored by non-Israelites, is a universal king “ for all people,” not just the Jews.

“I hope our ongoing pondering of the star helps people to receive the invitation to see this newborn king and his importance in their lives,” he said. 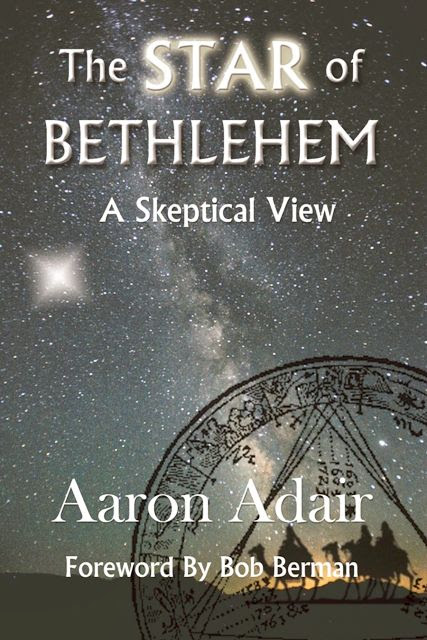 The Star of Bethlehem: A Skeptical View