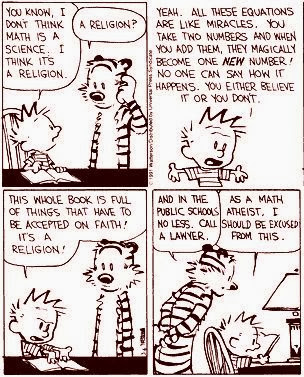 You know that phrase "slippery slope" that politicians are always throwing around? The Oklahoma legislature just hit the Slip 'N Slide. In fact, they've provided a perfect demonstration of the phrase's meaning by opening up the door for a giant monument to Satan on the grounds of the capitol building.

Last year, Oklahoma's highly conservative government greenlit the building of a religious monument on the steps of the capitol, with the stipulation being that it was financed by private cash. Numerous legal experts criticized the decision and warned that it might be unconstitutional. They went ahead and built it anyway, but in the act of doing so, they've attracted the attention of a few people they didn't plan on: Satanists.

In a letter to state officials, Satanic Temple spokesperson Lucien Greaves lauded Rep. Mike Ritze, who headed the campaign and helped pay for the Ten Commandments replica, saying that they plan on submitting their own monument designs within a month or so.

"He's helping a satanic agenda grow more than any of us possibly could," Greaves said. "You don't walk around and see too many satanic temples around, but when you open the door to public spaces for us, that's when you're going to see us."

The Satanic Temple has gone so far as to create a crowdfunding page for their campaign to raise the $20,ooo needed to build the monument. As of this writing, they're well on their way with nearly four grand pledged.

Rep. Bobby Cleveland said that monuments like the Ten Commandments are needed to celebrate America's "Judeo-Christian heritage", citing that many Christians feel persecuted by political correctness. Then he said that Satanists aren't allowed to feel the same way because "they're nuts".

But Brady Henderson, the legal director for the Oklahoma Chapter of the ACLU, says that the local government is in for a surprise.

"We would prefer to see Oklahoma's government officials work to faithfully serve our communities and improve the lives of Oklahomans instead of erecting granite monuments to show us all how righteous they are," Henderson said. "But if the Ten Commandments, with its overtly Christian message, is allowed to stay at the Capitol, the Satanic Temple's proposed monument cannot be rejected because of its different religious viewpoint."

As the campaign to raise the funds for the Satanic monument continues, and the ACLU gears up for what is sure to be a fight, Lucien Greaves remains confident that their own demonstration of faith will be a success.

"We believe that all monuments should be in good taste and consistent with community standards," Greaves wrote. "Our proposed monument, as an homage to the historic/literary Satan, will certainly abide by these guidelines."
Just days after the the Satanists announced their plans, The Universal Society of Hinduism followed suit with their own plans to build a monkey god statue.

Perhaps, this should be their anthem...


Sympathy For The Devil