Morning: Just the java please and now and then some 1/2&1/2...physics later 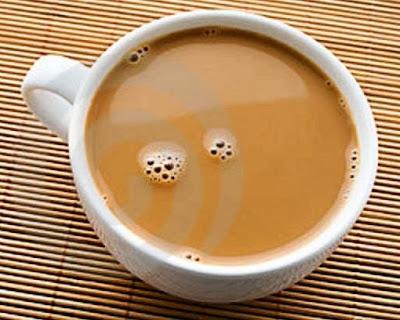 "The (Beautiful) Physics of Adding Cream to Your Coffee"

Here’s a quick scenario for you. You’ve poured yourself a fresh cup of black coffee, and you want to keep it hot until you’re ready to drink it. Are you making a mistake by adding cream to that coffee? Does coffee with cream cool faster than black coffee left alone? Intuition says yes. The laws of physics lead to a different conclusion.

1) Black coffee is darker, and dark colors emit heat faster than light colors. As such, “by lightening the color of your coffee, you slow the rate at which it cools,” if only slightly.

2) The Stefan-Boltzmann Law (apparently) says that hotter surfaces radiate heat faster? than cooler ones. So if you add cream to a cup of black coffee, it might lower the temperature of that cup of coffee. However that cup could still cool at a slower rate than a cup of hot black coffee.

3) Finally, and perhaps most importantly, “adding cream thickens the coffee (adds viscosity), so it evaporates slower.” And, in turn, less heat gets carried away by the evaporation.

To top things off, Modernist Cuisine also produced a video showing cream being poured into coffee in super slow motion. Even if you don’t care to consider the physics of coffee & cream, it’s pretty cool to watch an average cup of joe getting turned into a roiling sea.

Email ThisBlogThis!Share to TwitterShare to FacebookShare to Pinterest
Labels: coffee and cream, physics