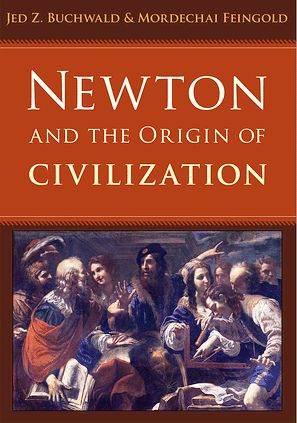 Newton and the Origin of Civilization

Isaac Newton's Chronology of Ancient Kingdoms Amended, published in 1728, one year after the great man's death, unleashed a storm of controversy. And for good reason. The book presents a drastically revised timeline for ancient civilizations, contracting Greek history by five hundred years and Egypt's by a millennium. Newton and the Origin of Civilization tells the story of how one of the most celebrated figures in the history of mathematics, optics, and mechanics came to apply his unique ways of thinking to problems of history, theology, and mythology, and of how his radical ideas produced an uproar that reverberated in Europe's learned circles throughout the eighteenth century and beyond.

Jed Buchwald and Mordechai Feingold reveal the manner in which Newton strove for nearly half a century to rectify universal history by reading ancient texts through the lens of astronomy, and to create a tight theoretical system for interpreting the evolution of civilization on the basis of population dynamics. It was during Newton's earliest years at Cambridge that he developed the core of his singular method for generating and working with trustworthy knowledge, which he applied to his study of the past with the same rigor he brought to his work in physics and mathematics. Drawing extensively on Newton's unpublished papers and a host of other primary sources, Buchwald and Feingold reconcile Isaac Newton the rational scientist with Newton the natural philosopher, alchemist, theologian, and chronologist of ancient history.

"The reader of Buchwald and Feingold's long awaited book will learn not only about Newton the historian, but also about his theological, alchemical, mathematical, and astronomical work. The authors have something new to say about every facet of Newton's intellectual endeavor: about his peculiar way of working with numbers and data, his anxieties concerning evidence and testimony, his polemics with the English and the French erudites."--Niccolò Guicciardini, author of Isaac Newton on Mathematical Certainty and Method.

"This erudite, elegant, and consistently fascinating book is a major contribution to both the history of scholarship and that of science. Buchwald and Feingold examine, in precise and illuminating detail, one of the least understood episodes in the long decline of the encyclopedic idea of learning: Isaac Newton's protracted and serious effort to reconfigure the chronology of the ancient world."--Anthony Grafton, author of Cardano's Cosmos: The Worlds and Works of a Renaissance Astrologer.

"A tour de force. Buchwald and Feingold have produced an impressive study of a little known facet of Newton's career, which will surely generate considerable interest in the scholarly community. Newton and the Origin of Civilization traces out a convincing series of linkages between Newton's chronological studies and his more 'mainstream' pursuits."--William R. Newman, author of Atoms and Alchemy: Chymistry and the Experimental Origins of the Scientific Revolution. 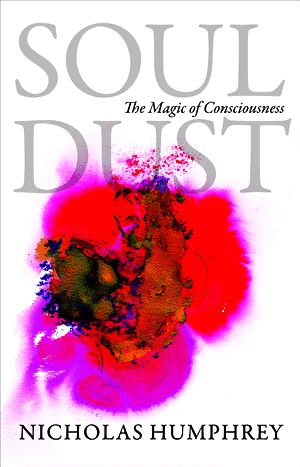 Soul Dust: The Magic of Consciousness

How is consciousness possible? What biological purpose does it serve? And why do we value it so highly? In Soul Dust, the psychologist Nicholas Humphrey, a leading figure in consciousness research, proposes a startling new theory. Consciousness, he argues, is nothing less than a magical-mystery show that we stage for ourselves inside our own heads. This self-made show lights up the world for us and makes us feel special and transcendent. Thus consciousness paves the way for spirituality, and allows us, as human beings, to reap the rewards, and anxieties, of living in what Humphrey calls the "soul niche."

Tightly argued, intellectually gripping, and a joy to read, Soul Dust provides answers to the deepest questions. It shows how the problem of consciousness merges with questions that obsess us all--how life should be lived and the fear of death. Resting firmly on neuroscience and evolutionary theory, and drawing a wealth of insights from philosophy and literature, Soul Dust is an uncompromising yet life-affirming work--one that never loses sight of the majesty and wonder of consciousness.

Nicholas Humphrey has held posts at Oxford and Cambridge universities, and is now professor emeritus of psychology at the London School of Economics. His many books include A History of the Mind and Seeing Red.

"Soul Dust, Nicholas Humphrey's new book about consciousness, is seductive--early 1960s, 'Mad Men' seductive. His writing is as elegant, and hypnotic, as that cool jazz stacked on the record player. His argument feels as crystalline and bracing as that double martini going down, though you might find yourself a little woozy afterward. And his tone is as warm and inviting as that big, crackling fire, even if the dim flicker does leave things a bit obscure in the corners. . . . [Soul Dust] is not only thoroughly enjoyable but genuinely instructive too."--Alison Gopnik, New York Times Book Review.

"[E]loquent. . . . Scientists are often accused these days of overlooking the awe and wonder of the world, so it's exciting when a philosopher puts that magic at the very heart of a scientific hypothesis."--Matt Ridley, Wall Street Journal.

"Humphrey, the psychologist who discovered blind sight, combines the latest research on neurology and psychology with age-old philosophical questions about the nature of perception and sensation."--PublishersWeekly.com.

"Humphrey begins where Crick and others have left off. . . .[He] has laid out a new agenda for consciousness research."--Michael Proulx, Science.

"How is consciousness possible? In Soul Dust: The Magic of Consciousness, psychologist Nicholas Humphrey, a leading figure in consciousness research, proposes a startling new theory. Consciousness, he argues, is merely a magic show we stage inside our heads. This show has allowed humans to become aware of themselves and their surroundings."--Victoria Stern, Scientific American Mind

"[Nicholas Humphrey's] new book is a beautifully written and highly original essay. . . . He is right to focus on the notion of the soul, and to emphasize the degree to which we humans are 'connoisseurs of consciousness'. . . . [F]ew consciousness enthusiasts have succeeded so well."--Adam Zeman, Standpoint.
Posted by Mercury at 1:43 PM

Email ThisBlogThis!Share to TwitterShare to FacebookShare to Pinterest
Labels: Newton and the Origin of Civilization, Soul Dust