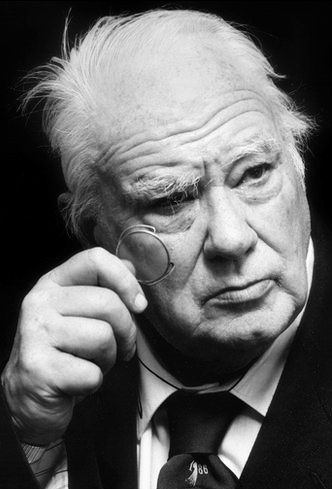 The astronomer Sir Patrick Moore has died aged 89. A statement from friends and staff said the broadcaster, who presented the long-running BBC television show The Sky at Night, "passed away peacefully at 12.25pm this afternoon" at his home in Selsey, West Sussex.

It added: "After a short spell in hospital last week, it was determined that no further treatment would benefit him, and it was his wish to spend his last days in his own home, Farthings, where he today passed on, in the company of close friends and carers and his cat Ptolemy."
Sir Patrick, who celebrated the 55th anniversary of The Sky at Night in April, had suffered from ill-health in recent years. The stargazer used a wheelchair and had become unable to look through a telescope. He died after failing to fight an infection.

The statement continued: "Over the past few years, Patrick, an inspiration to generations of astronomers, fought his way back from many serious spells of illness and continued to work and write at a great rate, but this time his body was too weak to overcome the infection which set in a few weeks ago.

"He was able to perform on his world record-holding TV programme The Sky at Night right up until the most recent episode.

"His executors and close friends plan to fulfil his wishes for a quiet ceremony of interment, but a farewell event is planned for what would have been Patrick's 90th birthday in March 2013."

Queen guitarist Brian May paid tribute to a "dear friend and a kind of father figure to me". He said: "Patrick will be mourned by the many to whom he was a caring uncle, and by all who loved the delightful wit and clarity of his writings, or enjoyed his fearlessly eccentric persona in public life.

"Patrick is irreplaceable. There will never be another Patrick Moore. But we were lucky enough to get one."

Speaking at the Sky at Night anniversary party , Sir Patrick said he hoped the stargazing series would continue "indefinitely".

He said: "I'm absolutely staggered. I never thought when I began doing television shows that I'd be on for another year, let alone 55 years.

"I didn't know if I was going to be good enough or if the subject matter would hold up. I think I'm exactly the same now as I was when I started. I just haven't got the voice I once had." The last programme was broadcast on Monday.

Sir Patrick has only missed one episode since it began in 1957 when he was struck down by food poisoning.

His trademark monocle, unique delivery and occasional performances on the xylophone made him a familiar target for satirists and impressionists, but his scientific credentials were never in doubt.

The show's guests included prominent scientists as well as Goon Show star Michael Bentine and astronauts Neil Armstrong and Buzz Aldrin. But the demands of live television led to the occasional blooper, with Sir Patrick famously once swallowing a fly live on air.

Sir Patrick, who had a pacemaker fitted in 2006, received his knighthood in 2001, won a Bafta for services to television and was a member of the Royal Society.

He wrote more than 60 books on astronomy and The Sky At Night has inspired successive generations of stargazers.

Patrick Moore, an eccentric and accomplished astronomer, television show host and author of popular science books who once wrote an astronomy book with the guitarist from the band Queen, died on Sunday at his home in Selsey, England. He was 89.

His death was announced in a statement by several of his friends.

Mr. Moore was best known as the host of the BBC astronomy program “The Sky at Night,” which has been on the air since 1957. In the latest episode, which was shown on Sunday, Mr. Moore discussed the planet Mercury and the NASA spacecraft Messenger, which was sent to study it.

Many of the world’s great astronomers have appeared on the program, as well as several astronauts, including Neil Armstrong, the first man to land on the Moon. With his trademark monocle, frumpy suits and penchant for playing the xylophone, Mr. Moore, who was knighted in 2001, was known as much for his outsize personality as his scientific work. He also raised eyebrows with his often conservative views, publicly railing against British integration into Europe and once referring to immigrants as “parasites.”

In an autobiographical essay on the BBC Web site, Mr. Moore described meeting many giants of aeronautics, science and space exploration, including Orville Wright (“He was quiet, unassuming — I liked him immensely.”), Albert Einstein, Wernher von Braun and the Russian cosmonaut Yuri Gagarin, the first man in space.

Patrick Alfred Caldwell-Moore was born on March 4, 1923, in the village of Pinner in Middlesex, England. He never married and had no children.

As a boy, heart problems kept him from attending school regularly, though he became an avid reader with a particular passion for astronomy. He published his first paper, about the Moon, when he was 13, and later set up his own observatories. His health did not prevent him from joining a bomber squadron during World War II, though he later admitted that he “wasn’t 100 percent honest about my age or fitness.”

Mr. Moore published more than 60 books on astronomy, collaborating with the likes of Clyde W. Tombaugh, who discovered Pluto, and Brian May, the guitarist from Queen, who is a longtime amateur astronomer. Together with Chris Lintott, an astrophysicist, Mr. May and Mr. Moore wrote “Bang! The Complete History of the Universe,” published in 2008.

The Soviet Union and the United States used Mr. Moore’s research about the Moon in their space programs, a BBC biography said.

In his 1953 book, “A Guide to the Moon,” Mr. Moore expressed the hope that life would be found there, and — 16 years before Mr. Armstrong’s Moon landing — he predicted confidently that man would one day explore its surface. He hoped, however, that the first expedition would be made “not by Britain, by America or by Russia, but by representatives of a United Earth.” 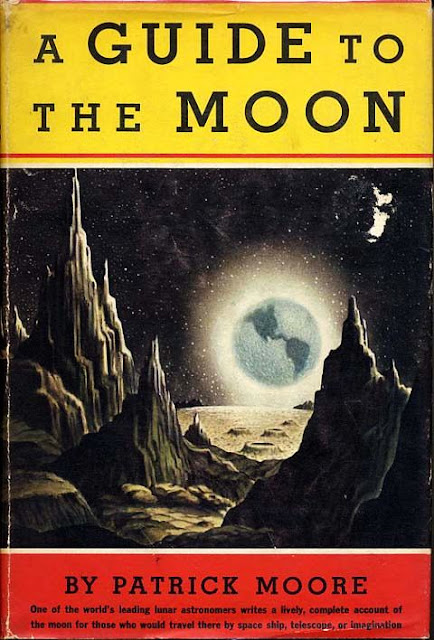 A Guide to the Moon

More on Moore
Posted by Mercury at 7:07 AM