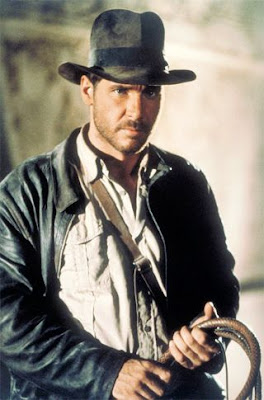 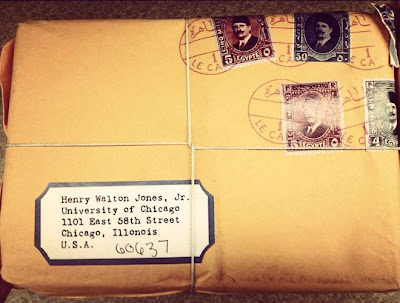 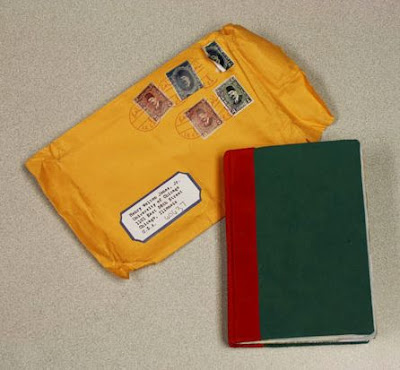 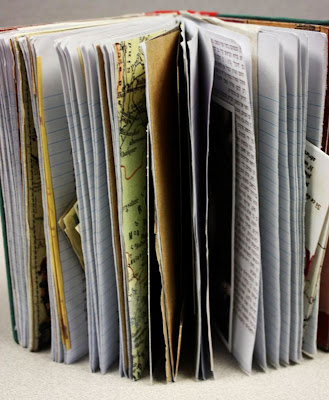 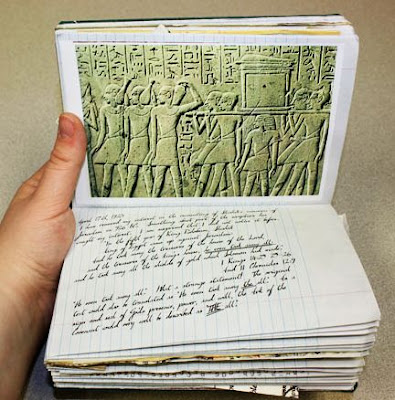 Earlier this week the University of Chicago received what might be an elaborate hoax, a miracle, or the best college admissions application of all time: Abner Ravenwood’s journal from Raiders of the Lost Ark.

The journal came in a package addressed to Henry Walton Jones, Jr. but wasn’t sent through the U.S. mail — its stamps are fake. It’s a near-perfect replica of the journal Indiana Jones uses in Raiders, but it’s not the real deal – Lucasfilm also doesn’t know its origins — and the university has absolutely no idea how it found its way into Rosenwald Hall, which houses the school’s admissions department and where the staff initially thought it was just a piece of mail meant for a professor that got lost on the way.

“This package was a little perplexing because we couldn’t find the staff member or the professor [it was intended for] in the directory,” Garrett Brinker, director of undergraduate outreach for the university, said in an interview with Wired. “So that’s when the plot thickened.”

Since its discovery, Brinker said, the university has been doing everything it can to figure out where exactly the package came from. After determining that the replica they’d received was not a recently sold item on eBay, they decided to ask the internet. They put an “Indiana Jones Mystery Package” post on Tumblr, set up an e-mail tip-line for anyone who might know its origins and even asked Lucasfilm, which responded, “We were just as surprised to see this package as you were!” And then, Brinker said, followed up to ask the school to let Lucasfilm know if it determined its origin.

“We don’t know where the package came from but would love to know,” a Lucasfilm spokesperson told Wired in an e-mail.

Fans of Raiders will remember that Abner Ravenwood’s journal was what Indy used to find the Ark of the Covenant. Ravenwood was a professor at the University of Chicago and one of Indiana Jones’ mentors. The replica of his journal that was sent to his former university is meticulous in its details: photos of Harrison Ford as Indy, maps, currency, and even – as one eagle-eyed internet responder pointed out – handwritten text that can be found here. “The entire journal must’ve taken hours upon hours to create,” Brinker noted.

But yet, the new best prop person in the world has yet to come forward, or reveal their motives. Brinker said the school has received nearly 100 e-mails to its tip line and tons of responses on Tumblr, Facebook, and Twitter, but no source has turned up. Some sleuths suggest that the package is an act of “art abandonment,” others say it’s part of some elaborate alternate-reality game. Someone even suggested that whoever bought the replica journal on eBay never got it because it came out of its original packaging and a mail-carrier, thinking the Egyptian postage was real, simply put the university’s ZIP code on the envelope and it made its way to Chicago. “Certainly less exciting than our other options, but would still be a hilarious end to our vexing problem,” the college of admissions wrote on its Tumblr. It’s also possible that Lucasfilm has something up its sleeve and there is a viral campaign going on that they’re not talking about.

However, Brinker has a better and more romantic idea.

“I would like to believe, in some sense, that it was a prospective student that dropped it in the mail and wanted us to go on this discovery, and wanted us to find clues of some sort that tied this book back to him or her,” Brinker said. “I think if it was from a prospective student, it would be seen in a positive light. It would show us this student might think a little bit differently.”

For our money this kid gets in, with a full ride.