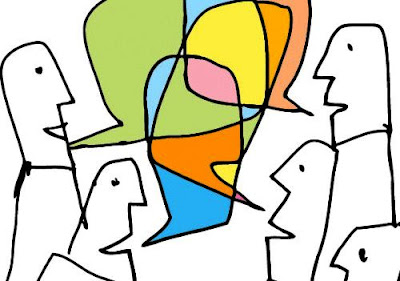 Science is not the only objective of the Curiosity mission on Mars. Promoting the mission at a time of budget cuts is also crucial.

NASA's Curiosity rover was designed to search Mars for places capable of supporting life. But the $2.5-billion mission has another, unofficial objective: To serve as a goodwill ambassador for the Jet Propulsion Laboratory in La Cañada Flintridge at a time when funding for planetary exploration is in jeopardy.

Just as Curiosity is equipped with an array of high-tech instruments to fulfill its scientific goals, the rover has many tools at its disposal to press its public relations agenda. There are video games, iPhone apps, Twitter accounts and even an inspirational song by hip-hop superstar will.i.am of the Black Eyed Peas.

"All the Mars rovers have been very good public outreach," said Alan Stern, a planetary scientist at the Southwest Research Institute. The bells and whistles of the Curiosity program, he said, represent "the next generation of doing it in a more modern way."

The efforts appear to be paying off. Interest in the Mars Science Laboratory mission, as it's officially known, has grown so intense that JPL staffers who normally promote the rover's doings are working to ratchet down expectations for a scientific presentation Monday at the American Geophysical Union meeting in San Francisco. With pundits speculating in the blogosphere that Curiosity had found ingredients for life in the Martian soil, the lab released a statement this week saying the rover did not have "definitive evidence" of organic material.

Throughout NASA's 54-year history, science and PR have been inextricably linked.

NASA was formed as a response to the 1957 "Sputnik surprise," when the Soviet Union launched the first man-made satellite. "The United States suddenly spent a whole lot of money on science and engineering," said JPL historian Erik Conway.

NASA channeled billions of those dollars to high-profile missions at JPL. It poured about $1billion into the Viking program that sent two landers to Mars in the 1970s and spent $865million on the twin Voyager probes that visited Jupiter, Saturn, Uranus and Neptune in the 1970s and 1980s.

In those days, NASA didn't have to work so hard to keep the public's attention. "This was the era when kids got given chemistry kits instead of Nintendos for Christmas," said Janet Vertesi, a Princeton University sociologist.

But as the Cold War thawed, the appetite for big-budget efforts waned. The agency's budget fell by about 18% between 1992 and 1999, and Daniel Goldin, who led NASA at the time, pushed for "faster, better, cheaper" missions.

A turning point came in 1997, when JPL's skateboard-sized rover Sojourner landed on Mars. Spending only $265million, engineers made some creative decisions, including using the nascent World Wide Web to disseminate photos and information to space enthusiasts.

It worked: The mission's Web pages racked up more than 566 million hits over the month that the rover wheeled around Mars.

That set the tone for future missions, Vertesi said. When the twin rovers Spirit and Opportunity touched down on Mars in 2004, the pictures they took were posted online right away.

"We actually have to promote science and engineering," Conway said. "Without the Cold War, there's just no more motivation in popular culture for doing it."

Many of the measures JPL and NASA are taking to promote the Curiosity rover aren't all that different from past efforts.

In 1989, JPL invited Chuck Berry to perform his 1958 hit "Johnny B. Goode" in the lab's auditorium as a final send-off for Voyager 2 as it passed by Neptune and headed toward the edge of the solar system. The song is featured on the golden records carried by the Voyager craft to introduce alien civilizations to the sounds of Earth.

And in 1997, Mattel Inc. honored Sojourner by creating a Hot Wheels version of the rover, along with the lander and spacecraft. The set was so popular that even JPL's Mars program manager reportedly had to buy one from a scalper.

Not that every publicity idea has materialized. When JPL was planning to dispatch a spacecraft for a rendezvous with the asteroid Hamburga, the lab explored an advertising agreement with McDonald's, said USC historian Peter Westwick. The mission was canceled in 1992 after going over budget.

As the public has become more tech-savvy, so have NASA's public outreach efforts.

Some of the doo-dads are built right into the latest rover, like the two microchips with the names of more than 1.2 million earthlings who wanted to travel to the Red Planet in some small way. Then there's the augmented-reality tags that are still awaiting their raison d'etre — they were stuck on proactively, in case the team came up with an interesting app after landing.

Back on Earth, JPL staffers spent $11,592 on the cinematic "Seven Minutes of Terror" video, which depicted the rover's harrowing ride down to the Martin surface and garnered 3 million hits on YouTube. A Kinect video game based on the risky landing sequence was produced by Microsoft Corp., which declined to disclose its costs.

Then there's the Spacecraft 3D app, which conjures a lifelike model of the rover (and other NASA spacecraft) on a smartphone screen. The Mars mission bore part of the $50,000 price tag for the app, which was downloaded about 220,000 times in the first six weeks it was available.

And NASA has learned to take advantage of celebrities who are interested in its efforts. After will.i.am produced an after-school special dedicated to math and science, NASA Administrator Charles Bolden approached the superstar about collaborating on a tribute to the rover. A few weeks after landing, Curiosity broadcast "Reach for the Stars" from Mars back to JPL.

Some publicity is free, like the Twitter accounts that spoof the rover. (@SarcasticRover: "I'm on Mars, whoop-dee-fricken-doo." @MarsApathetic: "The engineers at NASA put every piece of modern technology in me except Netflix streaming.") NASA was so taken by a parody music video titled "We're NASA and We Know It" (to the tune of LMFAO's "Sexy and I Know It") that it posted the video on its website.

Not that all such developments have been greeted with open arms.

"If you do too much of this, then you risk trivializing and making a sideshow of a very expensive and ultimately a very serious endeavor," said Stern of the Southwest Research Institute. "It's a fine line."

Whether such efforts will translate to greater support for NASA in the long run remains to be seen. The space agency's budget for the 2013 fiscal year is $59million below what it spent in 2012. A much bigger cut may be in store for 2014.

"Curiosity" teases...that's not quite scientific
Posted by Mercury at 7:26 AM