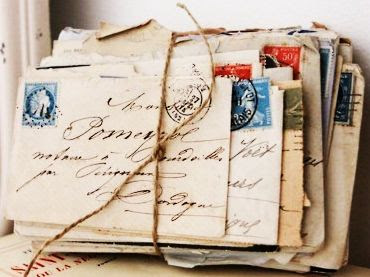 "Is it OK to sell love letters?"

Last week singer Marsha Hunt sold her 1969 love letters from Mick Jagger at Sotherby's for close to £200,000. Was she right to do so?

American singer Marsha Hunt has sold the love letters written to her by Mick Jagger in 1969. They were the centrepiece of an English literature and history sale at Sotheby's – which also included Rolling Stones memorabilia. They fetched £187,250 – considerably more than the guide price of £70,000-£100,000. Hunt, then the "face" of the West End production of Hair, had an affair with Jagger at a time when his relationship with Marianne Faithfull was apparently under strain. Today Hunt is living in France, and has declared "I'm broke", adding that the reason she was selling the letters was because she had been unable to pay her bills. But should one ever sell love letters?

Letters – maybe. But love letters? No. Shortage of money is a powerful incentive, and the knowledge that you are sitting on something so potentially lucrative must be a huge temptation. Put it – or rather them – on the market and your troubles are over, at least for the time being. But love, whether past or present, is not only a private matter; more importantly, it is between two people – both of whom have the right to keep private feelings private. Hunt may feel happy about revealing the intimacies of past passion, but what about Jagger? Even someone who spends much of his life on a stage may not want his deepest feelings publicly displayed and for sale.

Even acknowledging your general principle (which I don't), this is a very special case. Hunt began her affair with Jagger in 1969, before the era of scurrilous tabloids and fortunes to be made from kiss-and-tell. His letters to her were written in New South Wales, Australia, where he was starring in a biopic of the 19th-century outlaw Ned Kelly. Hunt did not cause his separation from Marianne Faithfull; it was Faithfull's descent into a spiral of heroin use, which ultimately almost killed her. By Hunt's account – never disputed by Jagger – he then told her he wanted to have a child with her. But when a baby daughter, Karis, was born in 1970, he denied paternity. It was eight years before a (US) court ordered him to pay proper child support. And never once did Hunt threaten to sell her story to the tabloids; in fact, she behaved with amazing dignity and restraint throughout. Her take from the Sotheby's sale is still a pittance compared with what modern ex-mistresses wring from megastars.

Anyway, these letters were hardly testaments of grand passion but chit-chat from the film set and about events such as the Isle of Wight pop festival and the moon landing. If they had been at all explosive, you can bet Jagger would have initiated legal moves to stop Hunt selling them (which he could, since they remain his copyright.) Far more revealing would have been his letters to his girlfriend Chrissie Shrimpton, whom he'd dumped for Faithfull. Years later, a (false) rumour reached him that Shrimpton intended to sell a cache of the letters. A legal sledgehammer came into play, and in terror she sent the whole lot back to him.

Anne de Courcy: Clearly Hunt behaved very well over the affair, and the baby. But for me that doesn't alter the general principle (though I do wonder why if, as you say, these letters are simply "chit chat", they are called love letters) that everyone is entitled to privacy in their private lives. And that even if one of you doesn't mind revealing your half of an affair, the other half might.

Despite the let-it-all-hang-out philosophy today, I still believe this desire for privacy is a general human feeling – look at the outraged squalls of celebrities who have been outed in some amatory misdoing or other. And, look, we've just had the biggest-ever privacy debate in the shape of the Leveson inquiry. And it wasn't the delicacy and modest restraint of the press that was complained of by Hugh Grant et al.

In my biographies, I've often had to consider the question of highly personal letters – usually love letters. Even when the two people concerned have died, sons, daughters, brothers or sisters are often extraordinarily sensitive about the exposure of aspects of the subjects' lives.

Of course letters are the property of anyone they're sent to. But there's also very much a sense of "what I write is mine". Not for nothing is that enshrined in British law in the form of copyright.

Philip Norman: They were billed as "love letters", of course, to jack up the price at auction. Hunt later called them "laughing, sad, pensive, deep, observant and touching" but I'd describe them more as "like letters", for they do reveal the softer side of Mick. A specially sweet and supportive one reached Hunt to wish her luck when she played at the Isle of Wight pop festival. An exploding prop pistol had injured his right hand, so he wrote with his left.

Certainly, we all have a right to privacy – and most of us have interrupted enjoyment of it. I, for one, do not expect any of my former girlfriends ever to pitch up at Sotheby's with the gruesomely embarrassing love letters I wrote them. In one, I recall, some paroxysm of forgotten passion made me say I felt like "a leper". Unfortunately, that particular inamorata had a touch of word blindness. "Why did you say you felt like a leopard?" she asked me when we next met.

But we have to admit that celebrities – as F Scott Fitzgerald said of the rich – "are different from you and me". Some, indeed – Mick Jagger certainly among them – will end up in the history books, the quarry of historical biographers such as you, Anne. Is it only the death of the subject and all his family that legitimises publication of their intimate correspondence? Should there be a 50-year rule, as for classified state documents? And might there not be a great-great-great-nephew somewhere who still gets upset?

Anyway: get real. If we didn't want to give pain, why did we become writers?

Anne de Courcy: Philip, am just wondering if you meant "uninterrupted" not "interrupted" in first line of your second par? I think you're arguing about the particular, Hunt and the "like letters" – as I must now learn to call them – while I'm talking of the general principle: whatever the circumstances, is it right to sell love letters while the writer is still alive?

And for me, I'm afraid it's still a clear, committed and instinctive "no". I didn't even have to think when asked that question.

I don't want to sound too heavy, but for me love is the most precious and powerful of the emotions, and getting rid of the words that express that bond, for cash, has something wrong about it – in a sense, it's almost like selling yourself. Even if the person concerned will one day be a historical character, doing so is still a kind of car-boot sale of the emotions.

I'm also sure that one reason why most of us would hate any love letter we wrote to be made public is not just the revelation of our most secret emotions and fantasies but, as you say, sheer embarrassment – think of the squirm-making language used by Edward VIII to Wallis Simpson. It beats "leper" any time – though I shall always think of you as a leopard.

Philip Norman: Yes, I meant "interrupted". How can I tax that old inamorata with word blindness? I have no problem with what you say about love. But, as the Everly Brothers sang, it's "so sad to watch good love go bad".

You can be pretty sure that when love letters go under the auctioneer's hammer, love on both sides has long since gone well and truly stinko. There is unlikely to be a still-bleeding heart to be pierced by arguments over the reserve price. Rather than "selling herself" by wringing this small pension payment from a multimillionaire rock star, Hunt may well feel that she "sold" herself in the first instance – and a sight too cheaply at that.

On a general point, I only said my squirm-making love letters were unworthy to enter the public domain. That certainly wasn't true of Edward VIII's to Wallis Simpson, which forensically expose the foibles of this fitting ancestor of Prince Charles. And in the even more squirm-making letters of Edith Thompson to her young lover Frederick Bywaters (written in mock-Irish brogue) are the makings of a famous 1920s murder and miscarriage of justice.

I like the idea of a car-boot sale of the emotions. Isn't it what we journalists do every day? Vengefulness may turn some spurned women into mercenary old boots. But leave Marsha Hunt out of that.