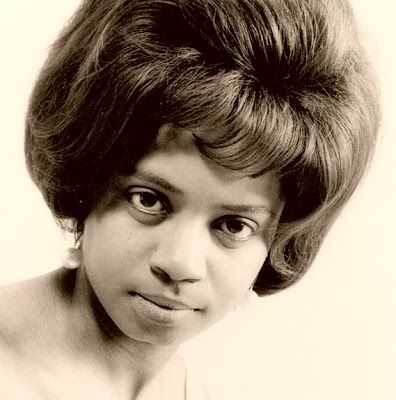 Rescue Me has been described as the best record Aretha Franklin never made. This is a somewhat backhanded compliment to Fontella Bass, whose insistent gospel-tinged vocals graced the 1965 single. As none of her other records emulated Rescue Me's commercial success, Bass, who has died of complications from a heart attack aged 72, was sometimes regarded as a one-hit wonder. However, she embraced a wide range of music during her career, including sacred songs and the politically and artistically radical free jazz of the Art Ensemble of Chicago.

She was born in St Louis, Missouri, into a highly musical family. Both her mother, Martha, and her grandmother were professional gospel singers. From an early age, Fontella sang in public and learned piano and organ. She toured with Martha who was a featured soloist with the Clara Ward Singers, one of the most respected groups on the gospel music circuit.

As a teenager, Bass felt the pull of the secular sounds of jazz and R&B. After graduating from Soldan high school in St Louis, she took her first professional jobs with the bands of Little Milton and Oliver Sain. Among her colleagues was the trumpeter Lester Bowie, whom Bass married in 1969.

A duet that she recorded with Bobby McClure, Don't Mess Up a Good Thing, led to a solo recording session for Chess Records in Chicago. The final song of the session was Rescue Me. The arrangement was improvised on the spot by the producer Billy Davis and the musicians. The bass guitar player Louis Satterfield came up with the hypnotic figure that opens the track, while Davis created the memorable ending in which each instrumentalist drops out in turn, leaving Bass to complete the song a capella.

Rescue Me rose quickly to No 4 in the American charts. In the UK, an appearance by Bass on Ready Steady Go! helped the record reach No 11 in 1965. Another single, Recovery, also sold well the following year, but only made No 32 in the UK. Bass became embroiled in an argument about money with the record company and unsuccessfully sought to be recognised as the co-writer of Rescue Me. In the early 1990s, she had more luck in challenging the use of the recording without her permission in an American Express commercial.

In 1969, Bowie and what would become known as the Art Ensemble of Chicago decided to move to Paris to seek a European audience. Bass joined them, adding piano and vocals to the group's performance art approach to collective improvisation. She is featured on two albums made by the ensemble in France in 1970.

When they returned to St Louis the following year, Bass made further soul records before devoting herself to raising her four children. She later returned to the stage, playing gospel shows and R&B events. She recorded occasionally with Bowie and in 1980 released an album of religious music, From the Root to the Source, recorded with her mother and her younger brother, the soul and gospel singer David Peaston. Her 1995 album No Ways Tired was nominated for a Grammy.

Bass remained popular in Europe, where she toured occasionally, and she made a memorable appearance at the Womad festival in the UK in 2001. She was also sought out by young producers such as Jason Swinscoe of the electro-jazz group Cinematic Orchestra. When Swinscoe travelled to St Louis in 2007 to record vocals by Bass, he found her in poor health, having suffered a series of strokes.

Bass is survived by her children, Neuka, Ju'Lene, Larry and Bahnamous, and 10 grandchildren. Bowie died in 1999 and Peaston died in 2012.

Fontella Bass, 72, a St. Louis-born soul singer who hit the top of the R&B charts with "Rescue Me" in 1965, died Wednesday at a St. Louis hospice of complications from a heart attack suffered three weeks ago, said her daughter, Neuka Mitchell. Bass had also suffered a series of strokes over the last seven years.

Bass was born in 1940 into a family with deep musical roots. Her mother was gospel singer Martha Bass, one of the Clara Ward Singers. Her younger brother, David Peaston, had a string of R&B hits in the 1980s and 1990s. Peaston died in February at age 54.

Bass began performing at a young age, singing in her church's choir at age 6. She was surrounded by music, often traveling on national tours with her mother and her gospel group.

Her interest turned from gospel to R&B when she was a teenager and she began her professional career at the Showboat Club in north St. Louis at age 17. She eventually auditioned for Chess Records and landed a recording contract, first as a duet artist. Her duet with Bobby McClure, "Don't Mess Up a Good Thing," reached No. 5 on the R&B charts and No. 33 on the Billboard Top 100 in 1965.

She co-wrote and later that year recorded "Rescue Me," reaching No. 1 on the R&B charts and No. 4 on the Billboard pop singles chart. Bass' powerful voice bore a striking resemblance to that of Aretha Franklin, who is often misidentified as the singer of that chart-topping hit.

Bass had a few other modest hits but by her own accounts developed a reputation as a troublemaker because she demanded more artistic control, and more money for her songs. She haggled over royalty rights to "Rescue Me" for years before reaching a settlement in the late 1980s, Mitchell said. She sued American Express over the use of "Rescue Me" in a commercial, settling for an undisclosed amount in 1993.

"Rescue Me" has been covered by many top artists, including Linda Ronstadt, Cher, Melissa Manchester and Pat Benatar. Franklin eventually sang a form of it too — as "Deliver Me" in a Pizza Hut TV ad in 1991.

Bass lived briefly in Europe before returning to St. Louis in the early 1970s, where she and husband Lester Bowie raised their family. She recorded occasionally, including a 1995 gospel album, "No Ways Tired," that earned a Grammy nomination.

Fontella Bass, the singer whose 1965 hit “Rescue Me” was an indelible example of the decade’s finest pop-soul, died on Wednesday in St. Louis. She was 72.

The cause was complications of a recent heart attack, her daughter Neuka Mitchell said.

Ms. Bass was born in St. Louis on July 3, 1940, and learned gospel at the side of her mother, Martha Bass, a member of one of the era’s major traditional gospel groups, the Ward Singers. From a young age she served as her mother’s pianist, but eventually, as an adolescent, got the itch to sing secular music. By the early 1960s she was playing with Little Milton, a blues guitarist and singer with links to the Chess label in Chicago.

After some early recordings with Little Milton’s Bobbin label in St. Louis, she joined Chess and released her first records on its Checker subsidiary in early 1965. The first two, “Don’t Mess Up a Good Thing” and “You’ll Miss Me (When I’m Gone),” duets with Bobby McClure, had modest success on the rhythm-and-blues charts. But her career was made by “Rescue Me,” released later that year.

Driven by a bubbly bass line, it featured Ms. Bass’s high-spirited voice in wholesomely amorous lyrics like “Come on and take my hand/Come on, baby, and be my man,” as well as some call-and-response moans that Ms. Bass later said resulted from a studio accident.

“When we were recording that, I forgot some of the words,” she told The New York Times in 1989. “Back then, you didn’t stop while the tape was running, and I remembered from the church what to do if you forget the words. I sang, ‘Ummm, ummm, ummm,’ and it worked out just fine.”

A major crossover hit, the song reached No. 4 on Billboard’s pop chart and has remained a staple on oldies radio, movie soundtracks and television commercials; Aretha Franklin sang a version of it for a Pizza Hut ad in the early ’90s (as “Deliver Me”).

Ms. Bass recorded several follow-up singles for Checker, but all fell short of the popularity of “Rescue Me,” and she then veered toward the avant-garde jazz of her husband, Lester Bowie , the trumpeter of the Art Ensemble of Chicago. She went with the group to Paris at the turn of the 1970s and recorded with it there, but soon returned to the United States.

A 1972 solo album, “Free,” was another commercial disappointment, and Ms. Bass turned to raising her four children with Mr. Bowie. Besides Ms. Mitchell, they include another daughter, Ju’Lene Coney, and two sons, Larry Stevenson and Bahnamous Bowie. They all survive her, along with 10 grandchildren.

Although her pop career had largely wound down, she continued to sing occasionally on Mr. Bowie’s records and to perform gospel with her mother and her half-brother, David Peaston. Her marriage to Mr. Bowie ended in divorce, and he died in 1999. Mr. Peaston died in February.

Ms. Bass had long maintained that she helped write “Rescue Me” and was deprived of proper credit and songwriting royalties. By 1990, she said, she was living in near-poverty when her career turned around after she heard “Rescue Me” used in an American Express commercial, and she began to press for remuneration for her work. She sued American Express in 1993, and she said she received a significant settlement.

In 1995 she released “No Ways Tired,” which was nominated for a Grammy for best traditional soul gospel album. Her subsequent releases included “Travellin’ ” in 2001 and “All That You Give,” a collaboration with the British electronic group the Cinematic Orchestra, in 2002.

She rescued herself, she said, when she began to stand up for her rights as an artist.

“It was as if the Lord had stepped right into my world,” she told Newsweek in 1995. “I looked around and got back my royalties. I started to go to church every Sunday. And that’s what saved me.”

Don't Mess with a Good Thing

Now That I Have Found a Good Thing

Our Day Will Come