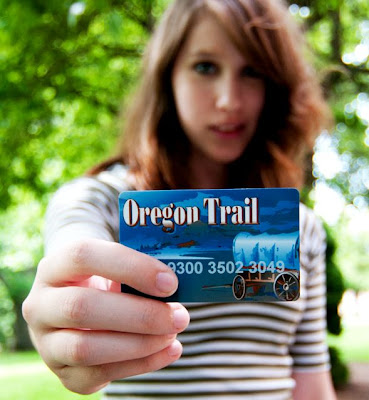 I thought that it was part of a higher education--to starve...well, it was for me and colleagues. Lived on beer, old pizza, and kind people from the cafeteria.

University of Missouri’s Tiger Pantry is part of a trend to keep struggling students afloat.

University of Missouri junior Simone McGautha works three campus jobs and has accumulated $11,000 in student loans as she seeks to become the first in her family with a college degree. So when McGautha learned about a new campus food pantry for needy students, the 19-year-old was happy to have the help.

“I use every bit of money I have for basic needs,” the Kansas City native said. “I don’t have family putting money in my bank account. If somebody wants to help, why not?”

The student-run Tiger Pantry is among a growing number of programs at university campuses. Organizers say it’s both a response to the weak economy and a sign of the latest trend in student activism.

The pantry, which opened in early October, is within easy walking distance of the University of Missouri campus in Columbia. It has given free food to nearly 150 people and their families, and an additional 100 people have expressed an interest.

Recipients include nearly three dozen graduate students and a similar number of university employees, as well as a handful of professors.

At the Tiger Pantry, users are limited to monthly visits, and the amount of their bounty depends on family size. But they don’t have to prove that they’re struggling financially.

Student organizers modeled the program on an effort at the University of Arkansas known as the Full Circle Food Pantry. As a sanctioned organization, the Tiger Pantry receives some money from student fees but primarily relies on donated food.

Students can drop off donations in large bins around campus, and the local food pantry provided 2,500 pounds of food to help the Tiger Pantry get started.

The University of Mississippi and Auburn University are also starting campus food pantries, joining schools such as Central Florida, Georgia, Iowa State, Oregon State and West Virginia. The University of California, Los Angeles deploys “economic crisis response” teams that assist students struggling to pay bills and rent or who live on the streets.

Campus organizers estimate at least 20 schools have similar programs, with more interested in joining the effort.

The Auburn food pantry is part of a broader anti-hunger campaign that includes an international hunger research institute that is a collaboration with the United Nations World Food Programme.

A student-driven “War on Hunger” campaign launched in 2004 has spread to more than 200 universities worldwide, the school says.

“It’s a moral imperative of a land-grant institution to improve the quality of life,” said Harriett Giles, the hunger institute’s managing director. “That’s our mission.”

Precise statistics measuring the extent of student and staff hunger are elusive, Giles and other supporters of such efforts acknowledge. Campus administrators also caution that the food bank projects could go dormant if the next generation of student leaders fails to share a passion for them.

“The university wants us to prove the need of the pantry first,” said Missouri’s food bank director, Paul Haluszczak, a St. Peters junior.

Kirkpatrick was among the early skeptics of the student effort, though now she’s an ally. Her regional group provides help to the Tiger Pantry.

“I didn’t want it to be a novelty — then, when these students graduate, who carries it on?” she said. “I was putting up roadblocks, making sure it was legit.”

Kaitlyn Kelly, a senior animal science major from Blue Springs, has used the Tiger Pantry from the start. So does her boyfriend.

Kelly has cashed childhood savings bonds and other investments to help pay for college. She also has wheat allergies, making her food choices more difficult and costly.

“I can’t just go out and buy a box of ramen noodles,” she said. “Eating for me is pretty hard, and expensive.”

Kelly said she isn’t ashamed or embarrassed about seeking help, but she realizes some of her peers might consider relying on the pantry a stigma. That’s why the Tiger Pantry, like its counterparts on other campuses, is off the beaten track and provides its groceries in generic, unlabeled shopping bags.

“I need help. So I’m not going to refuse it,” she said. “There are plenty of students who could use this. This whole program is a godsend.”
Posted by Mercury at 6:25 AM