If you have the cash, why not...the "Casablanca" piano 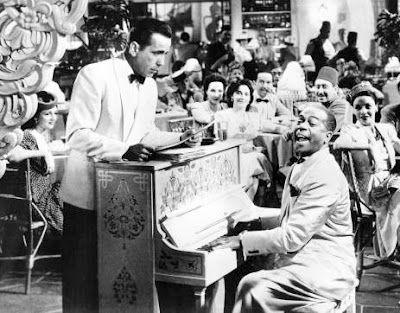 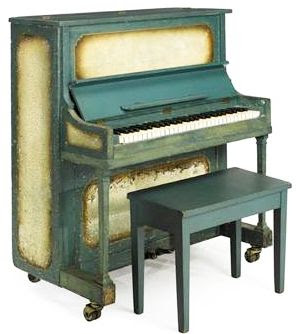 The upright piano appears in one of the film's most iconic scenes, in which Humphrey Bogart's character Rick utters the line: "Here's looking at you, kid."

It was sold to an unknown buyer at Sotheby's in New York.

The piano had been offered for sale by its Japanese collector owner to mark the film's 70th anniversary.

It is used in the film by pianist Sam, played by Dooley Wilson, to play the song As Time Goes By during a key flashback scene set in a Paris bar.

Rick Blaine, played by Humphrey Bogart, delivers the famous line as he and Ingrid Bergman's character Ilsa Lund lean on the piano, toasting with glasses of champagne.

The piano's sale marks the 70th anniversary of the Oscar-winning World War II classic, which is largely set in the Moroccan port city of Casablanca, then part of unoccupied French North Africa.

The most expensive piece of memorabilia purchased at auction was Marlyn Monroe's dress that she wore in The Seven Year Itch. It sold for $5,600,000.