They knew better...money replaced ethics in the UK 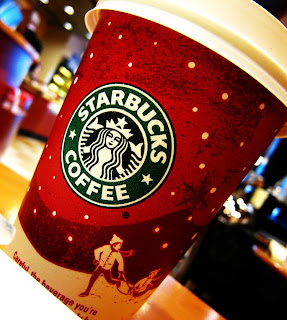 "Starbucks, Amazon and Google to face UK lawmakers over tax"


UK lawmakers will quiz executives of Starbucks, Google and Amazon on Monday about how they have managed to pay only small amounts of tax in Britain while racking up billions of dollars worth of sales here.

The Public Accounts Committee (PAC), which is charged with monitoring government financial affairs, has invited the companies to give evidence amid mounting public and political concern about tax avoidance by big international companies.

"It is hard for the ordinary person to believe it's fair," said Margaret Hodge, a member of parliament for the opposition Labour party and chairman of PAC.

"It makes people incredibly angry in the current fiscal climate," she added, in reference to the austerity measures which large budget deficits have forced on the UK, and other countries.

A Reuters report last month showed that Starbucks had paid no corporation, or income, tax in the UK in the past three years.

The world's biggest coffee chain paid only 8.6 million pounds ($13.74 million) in total UK tax over 13 years during which it recorded sales of 3.1 billion pounds.

Campaign group UK Uncut, which is opposed to government austerity measures, and which has organized protests against British telecoms operator Vodafone and pharmacist Boots over their tax practices, said in a statement on Monday that they planned to target Starbucks.

Starbucks said it followed the tax rules in every country where it operates and sought to pay its fair share of taxes.

"We are committed to being transparent on this issue and look forward to appearing before this committee," a spokeswoman said.

Starbucks Chief Financial Officer Troy Alstead will give evidence to the committee, as will Matt Brittin, Chief Executive Officer of Google UK, and Andrew Cecil, Brussels-based Director of Public Policy for Amazon, a PAC spokesman said.

Google's filings show it had $4 billion of sales in the UK last year, but despite having a group-wide profit margin of 33 percent, its main UK unit had a tax charge of just 3.4 million pounds in 2011.

The company avoids UK tax by channeling non-U.S. sales via an Irish unit, an arrangement that allowed it to pay taxes at a rate of 3.2 percent on non-U.S. profits. Amazon's main UK unit paid less than 1 million pounds in income tax last year. The company had UK sales worth $5.3-7.2 billion, filings show.

Amazon avoids UK taxes by reporting European sales through a Luxembourg-based unit. This structure allowed it to pay a tax rate of 11 percent on foreign profits last year - less than half the average corporate income tax rate in its major markets.

The coffee chain's UK boss was close enough to the former president to be twice called in front of a grand jury during the Monica Lewinsky scandal, and those grillings look like just the type of experience needed tomorrow, when the coffee chain attempts to justify itself in front of members of parliament probing the taxation of multinational businesses.

It would have been useful, that is, before Engskov ducked the grilling and left Troy Alstead, the group's chief financial officer, to appear by himself (apparently, Google and Amazon are also sending one witness each).

Alstead, of course, is in town after Starbucks got itself into a spot of bother last month when it emerged that it had paid just £8.6m in corporation tax since launching here in 1998 – which looks rather mean as the company's last annual report states: "our Canada, Japan, UK, and China [businesses] account for a significant portion of ... earnings".

Alstead will attempt to fool MPs by spinning that the firm has "paid" £160m in UK taxes over the past three years, even though the line looks weaker than one of its Americanos: £87m of that was VAT, collected by Starbucks but, er, paid by its customers.
Posted by Mercury at 10:58 AM